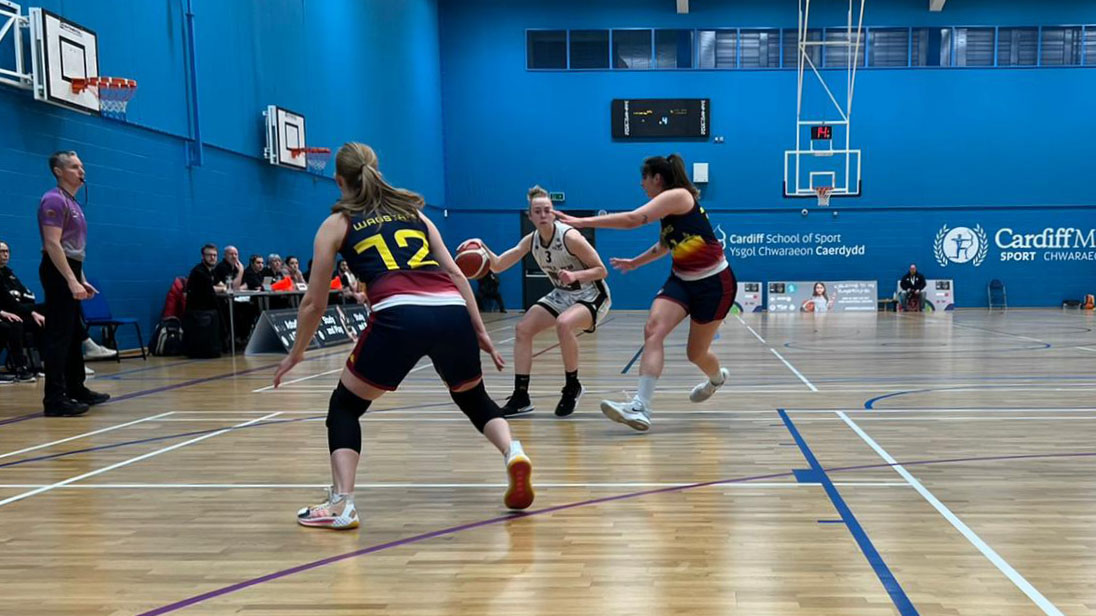 It always looked like mission impossible for short-handed Newcastle as a five-strong Eagles roster headed to the Welsh capital last night.

So it proved for Noelia Cacheiro’s side as Cardiff Met Archers claimed a predictable 83-62 win in the final week of the WBBL’s regular season.

But not for the first time since the turn of the year, battling Newcastle showed incredible resolve to fight back after the half.

And Cacheiro — who described her core group of players as ‘warriors’ prior to tip off — could not have asked for more from her beaten but unbowed charges.

Newcastle trailed by 27 points after the opening 20 minutes but returned from the half-time break to breathe new life into a Championship dead rubber.

Eagles Backcourt Can Boss The Big One
December 5, 2022

The Eagles won the third quarter 23-14 to set nerves jangling inside the increasingly subdued Cardiff School of Sport.

And the resurgent visitors staved off fatigue and fought through the pain barrier to take the second half 36-30.

The former Nottingham star was passed fit less than 24 hours before tip-off but came away with 23 points, 10 rebounds and three steals.

Newcastle headed to the Principality with no more than pride to play for after seeing their playoff dream dashed during Easter weekend.

And the late withdrawal of leading scorer Maddy McVicar hardly helped the Tynesiders’ cause with Cacheiro down to her final five.

Of that quintet, neither Gaynor nor Murphy were fully fit but both players faced 40 minutes of WBBL action less than 48 hours after completing an energy-sapping double header at the Vertu Motors Arena.

Cacheiro’s gameplan was obvious from the start but the playcaller had no other option than to hand over her side’s offence to fellow Spaniard Fernandez.

During a first half dominated by the hosts, everything positive went through Newcastle’s form player when the Eagles did snatch possession.

Fernandez took 17 of the visitors’ 32 first half shots and went into the locker room with 20 points, four rebounds and an assist.

Gaynor was the only other Newcastle scorer prior to the half with the feisty centre adding five boards to her six points.

But the big story of a free-flowing first half was a remarkable display of shooting from beyond the arc by Lauren Saiki.

And the relentless shooter found the time to add seven assists and four boards behind one of the best all round displays the WBBL has seen all season.

And with coach Cacheiro in no position to mix things up there was a painful inevitability about the 53-26 half-time score in the hosts’ favour.

Nobody could have predicted the fightback that followed as the Eagles refused to capitulate against all the odds.

Dead on their feet and with no back up on the bench, Newcastle’s weary warriors nevertheless battled for every loose ball.

And a never-say-die attitude down the stretch will stand the Eagles in good stead for Saturday’s season-ending trip to Oaklands Wolves…and a much-needed summer rebuild under the increasingly confident Cacheiro.