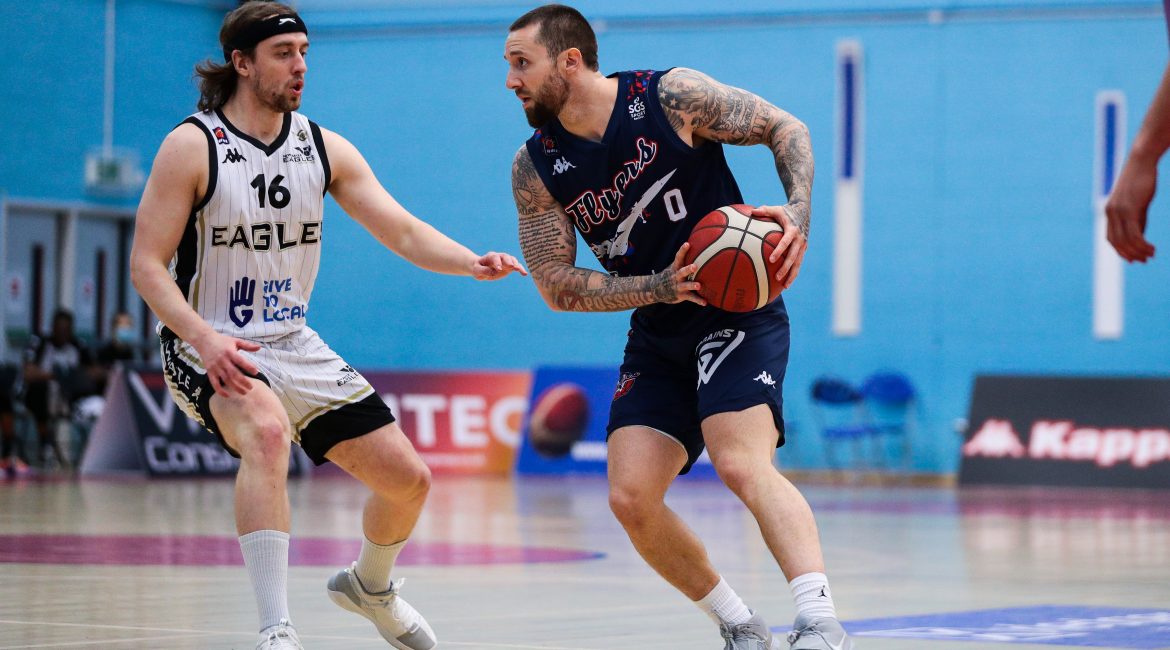 The last regular championship of the season saw Newcastle Eagles make the long journey south to Bristol on an unfamiliar Thursday night. By the end of an entertaining game, it was the hometown Flyers that took the honours in what was effectively a dead rubber.

Eagles Captain Rahmon Fletcher had said his side were going to treat the game as a chance to gain some momentum into next week’s end of season play-offs and the final charge for silverware but the reality turned out to be much different to that.

Fletcher himself sat the game out rested alongside veteran forward Darius Defoe to protect them for next week’s more important encounters with Bristol resting Teddy Okereafor and Justin Baker. It gave some of each side’s benches a chance to blow off their cobwebs instead.

Both teams had already qualified for the play-offs which start on Bank Holiday Monday and neither could improve their final placing in the league table although the home side obviously improved their win column by one.

The play-offs will see 8th placed Bristol Flyers take on Champions Leicester on the Monday with 4th placed Newcastle facing fifth placed Sheffield on Tuesday. It’s the Vertu Motors Arena in Newcastle that will host those games as the extravaganza of the end of season spectacle begins.

The visitors were certainly quick off the bus and with Eddie Matthew and Rex Pflueger promoted to the starting five were quickly into a 9 – 2 lead with Evan Maxwell prominent. Both sides were rotating their benches quickly.

Bristol’s players seemed to settle the quicker as they came storming back to take their first lead of the game at 16 – 15 but they were in the penalty due to foul trouble. This led to two free-throws for Drew Lasker who nailed them both to give the Eagles a one-point lead after the first.

The second started with Bristol off the chocks quickly and flying into the lead with a 10 – 3 run, Maxwell’s triple being the only Newcastle riposte. However, Justin Gordon decided to take the game over and lead his side back into the game with a quick seven points personal.

That brought Newcastle some momentum and when Themba Yabantu benefitting from the Eagles shortened bench stole two points as the half ended the teams were tied up at 34 each as they headed for the locker rooms at the half.

There was nothing at all in the third quarter to break the equality of scoring or power. Newcastle did come out shooting triples but Bristol stayed in the game throughout netting twos and then taking advantage of some foul shots.

Yabantu had his colleagues up and off the bench with a sweet move late on in the quarter where his layup at speed saw Newcastle level the game at 60 points apiece with ten minutes left to play.

That was when Bristol made their big move. Against a Newcastle side who now looked as if they were tiring they ripped off a 17 – 4 run to begin the final period and effectively take the game away from the visitors.

There was no way back then for Newcastle despite Maxwell adding 10 rebounds to his top scoring effort for a good double double. So, the 2020/21 regular season is confined to history and now it’s all about those play-offs.

Coach Ian MacLeod and his players might well reflect on this defeat as they begin preparations for the huge clash against Sheffield Sharks but in real terms the game was meaningless almost before it tipped off.