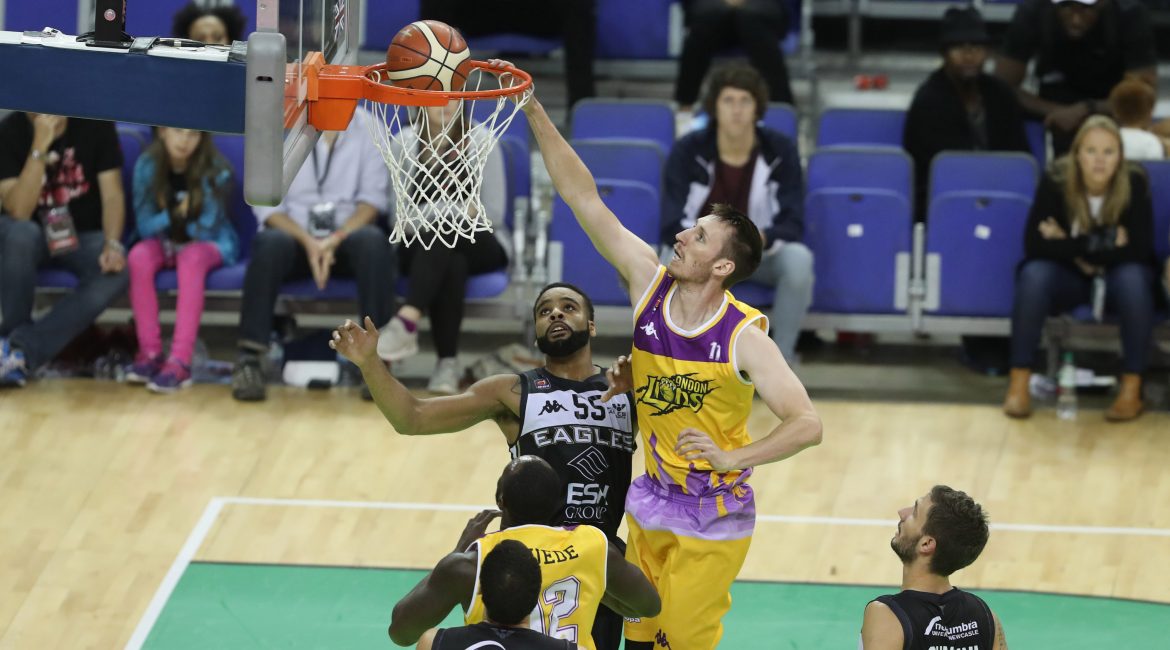 The competition featured the top eight from last season’s BBL Championship table was uncharted territory that featured golden buzzer power-plays, 12-minute games, 5 point shooting lines, running clocks and no free-throws as the main rule changes to be contended with.

And, at the end of the day, perhaps it was fitting that the hometown London Lions took the honours and became the inaugural winners of the Betway All-Star Basketball Championship. But almost as fitting was the fact that it was Esh Group Eagles Newcastle that were the runners-up.

Fab Flournoy’s men recovered from a terrible start in their opening game to win their next three games and make the final. Along the way they served up some of the most exciting games and results in what was a successful tournament.

In the first game against Bristol, an early Jaysean Paige bucket gave the Eagles the lead but the helter-skelter style of the competition took its toll early as Bristol seemed the more composed and organised as Newcastle never quite hit their straps.

Bristol played smarter and capitalised on their buzzer. Saah Nimley did hit the first five-pointer of the day but Bristol’s good defence forced Newcastle to chase the game which was gone before they knew it with Flyers taking a deserved win.

This put The Eagles in to an elimination game against Glasgow Rocks with the loser going home and the winner having another chance to progress and what a sensational game it was too.

Double-overtime was required with extra periods only a minute long which left no margin for error. At the end of the first period it was Nimley who had the chance to give The Eagles a chance for the win but it rimmed out.

But, it mattered not as Nimley and Paige who had led Eagles throughout came through in that final 60 seconds and the win was sealed with an emphatic Terry Martin dunk to send Fab Flournoy’s men in to a sudden shoot-out against Sheffield Sharks.

That game was controlled by the Eagles in the way they wanted too. Their defence finally turned up particularly in the Sheffield powerplay which saw them hold a one-point lead coming out of it.

When Newcastle took their powerplay the irrepressible Nimley who had the crowd on their feet and the killer scoring of Paige were the catalyst as they helped their side close out the game to earn a semi-final clash against arch-rivals Leicester Riders.

That semi-final was probably the first of many clashes that will occur between the two sides. The first blood went again to The Eagles as they showed they were really growing in to the competition with a disciplined display.

The big play came when Nimley hit a five-point play on the golden buzzer to give his side a ten-point boost which eventually was the difference between the two sides. Leicester did have a shot at turning the one-point deficit in their favour but it fell short and Eagles were in the final. 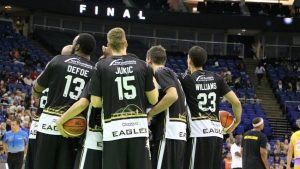 And what a final that was. Both teams played their golden buzzer at crucial times but it was Lions that just held sway. With the Eagles, down six inside the last twenty seconds Paige banked in a five which cut the gap to one point but London held on and took the title by the slenderest of margins.

Flournoy talked afterwards about starting and finishing the season at The O2 and how proud he was of the fantastic effort they had put in. In the end though his principles don’t include finishing second.

He will take away the experience and strive for the perfection he always asks for in his team. They will no doubt log this loss away and learn from it as they look towards a long season ahead and hopefully a successful one for this exciting and promising team.