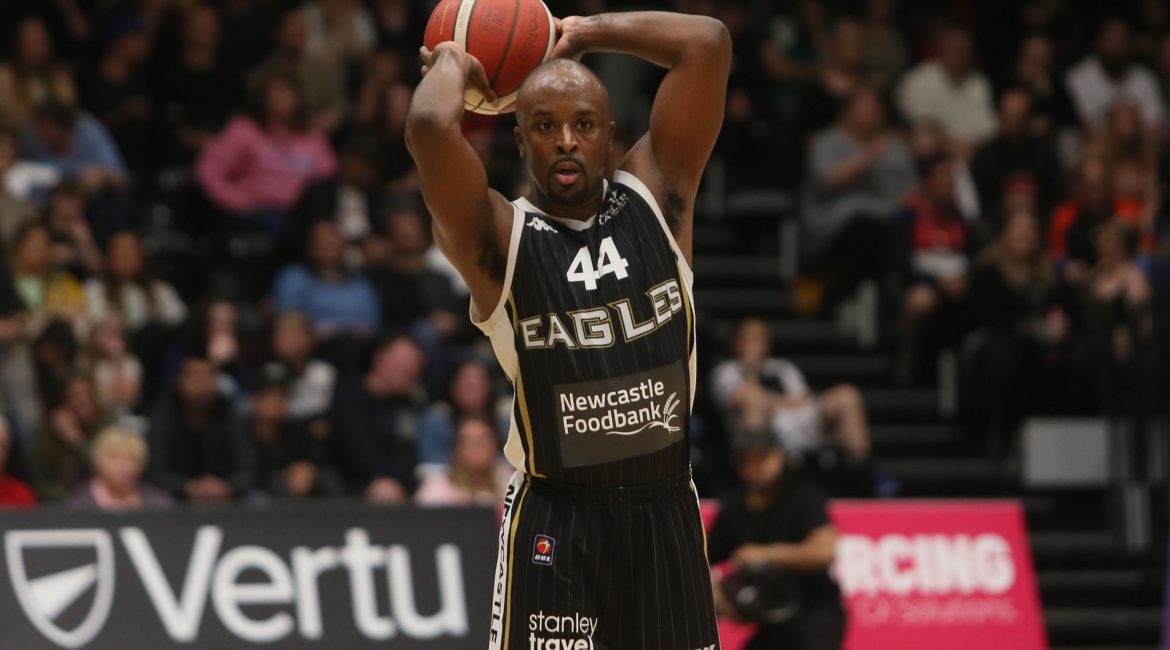 The Eagles’ skipper passed Alton Byrd’s longstanding benchmark on his way to a remarkable 10.64 dishes per game during the 2021/2022 campaign.

And Fletcher now boasts three of the top five all-time assists per season totals…with Saunders still out in front 26 years after hitting number one with 296 scoring passes in a single campaign for Newcastle Comets.

“When I look at Russ and Rahmon the first thing I think about is their ability to hit the big shots when they matter,” said Elderkin.

“I don’t think Russ ever got the credit he deserved as a passer of the ball or as a defensive player.

“But just like Rahmon, his assists record speaks for itself.

“I’ve been fortunate to watch both players at their peak and while they’re two of the most talented guards the BBL has ever seen they’re very different in many respects.

“Rahmon is probably the better passer of the ball in situations like the pick and roll but Russ played in a system where we circulated the ball a lot more.

“Fletch has also benefited from striking up a great understanding with Darius Defoe over the years — they’re legends of the two-man game.

“Another thing Russ and Rahmon have in common is their decision making. I always encouraged Russ to involve his team-mates but he knew when to pass the ball and when to take control at the offensive end.

“You see the same with Rahmon week in, week out and I thought he epitomised that side of his game during last season’s playoffs.

“He totally outplayed Geno Crandall in the semi-finals and was amazing in the final against London. On both occasions his decision-making was spot on.”

Fletcher dished up the fifth-highest total of assists in BBL history this season with 266 — just four short of his 2020-21 total.

The US star served up 286 passes during the 2018-19 season to sit second in the all-time list behind Saunders.

But it’s Fletcher’s all-time season high assists per game average that is leading many to hail him as the league’s greatest ever playmaker.

And Elderkin, who commentates on every Newcastle homecourt clash alongside Jeff King, wouldn’t disagree with that view.

“The fact that Rahmon set the season APG record in a losing campaign says it all,” he added.

“Russ did exactly the same the season we moved over from Sunderland to Newcastle but that’s what you get from big-game players.

“It says everything about Rahmon’s quality as a leader and his determination to maintain his high standards.

“Right until the very end he was fighting for his team’s playoff future and he was superb against Glasgow in the final home game of the season.

“He was the same at Plymouth on Sunday. Rahmon was doing everything he possibly could in the final weekend of the regular season to get the Eagles over the line.”

Fletcher’s personal triumphs have, understandably, been overshadowed by Newcastle’s failure to reach the playoffs for the first time since 2000.

But Elderkin expects British basketball’s most successful franchise to bounce back next season and build on the club’s famous legacy.

“It’s been a really, really tough season for so many reasons but I don’t think we’ll see another campaign like this one any time soon,” he added.

“We know from past experience that the Eagles organisation has the ability and the experience to put things right and I fully expect that to happen.”