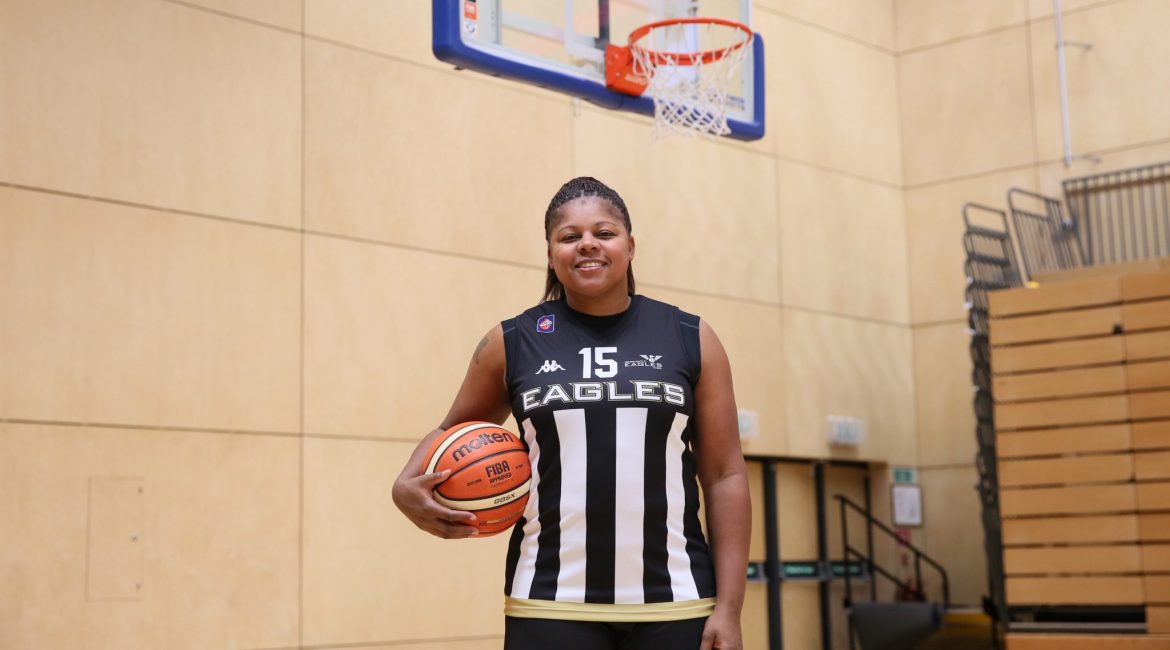 In the WBBL’s game of the weekend, the 36-year-old faces former club Sheffield Hatters after seven seasons with the Steel City side.

And Gandy admitted her move to the North East raised eyebrows in South Yorkshire as she finally cut her ties with Vanessa Ellis’s roster.

“At the end of last season I’d decided to hang up my boots,” explained the Detroit-born dual national ahead of today’s mouthwatering clash.

“But after a while I began to feel bored. I went to Oakland Wolves for a few days to see what it was like down there and I had a conversation with Chris Bunten about a possible move to Newcastle.

“After Sheffield there weren’t too many teams I would have considered playing for this season but the Eagles were always one of those teams.

“I’d enjoyed my battles with Team Northumbria down the years and I always felt they played to the final buzzer – whatever the circumstances. You never felt you could relax against one of Chris’s teams.

“It just so happens I’ll be making my home debut against the Hatters but I’ll treat it like any other game. I’m far too experienced to approach it any other way.”

Whether Gandy’s former team-mates feel the same way remains to be seen. It is understood Ellis made a last-gasp offer to keep the power forward in Sheffield and all eyes will be on a fascinating Sport Central match-up.

“I think there comes a time where you have to move on when you’ve been at one club for such a long period of time,” added Gandy.

“I felt like I’d reached a point at Sheffield where I’d become unappreciated and undervalued. Everyone just expected me to be there again this season.

“At this stage of my career it had to be something special to persuade me to play on. I wasn’t prepared to simply go through the motions – I would rather have retired. I wasn’t going to do this for anyone other than myself.”

In an added twist to a fixture that already promises to provide several key talking points, former Team Northumbria favourite Ali Gorrell returns to Tyneside as a Hatter.

And there was a place for Gandy and Eagles team-mate Giulia Simioni on the bench.

A star-studded clash between two of the WBBL’s fiercest rivals is sure to capture the imagination of a crowd that will include Fabulous Flournoy’s full Newcastle roster.

And Gandy added: “It will be tough but maybe not as tough as people expect it to be.

“We have a good win under our belts and we played as a team against Caledonia. That’s going to be the theme of this season. Sheffield are my old team but once you step out on court you don’t have any friends. My mindset will be the same as it is for any other game. I want us all to put on a good show for the home crowd and we’ll see what happens.”

Can’t make it to the game? You can follow the action on LiveStats, plus we’ll have the final score and report for you on our social media and website after the final buzzer.