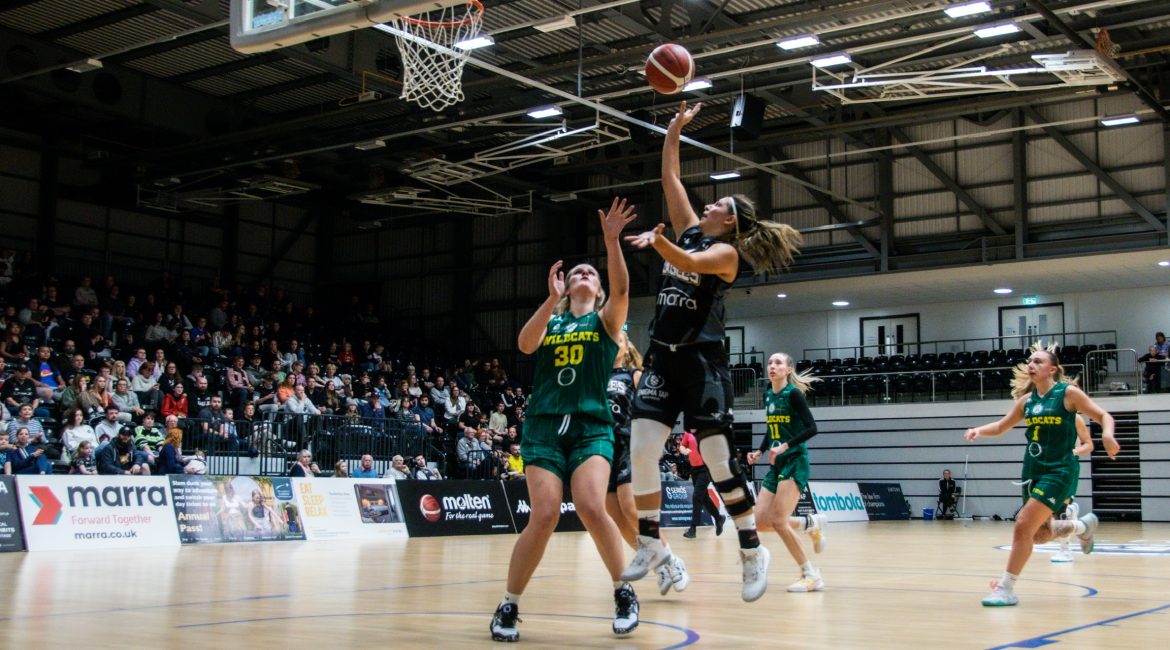 Zoe Willis promises Newcastle’s stand-in point guards are working night and day to try and plug the gap vacated by an obvious playmaker.

And the summer recruit insists a roster lacking obvious balance is finally getting to grips with a new approach to top-flight hoops.

Willis has emerged as one of several frontline stars asked to play the point guard role this season with Newcastle’s frustrating search for a permanent backcourt general ongoing.

But ahead of tonight’s must-win clash against fellow strugglers Oaklands Wolves, the shooter said: “I’m relishing the challenge.

“It’s been really tough for me adjusting to a position that’s very unfamiliar.

“I’ve never been a point guard but I’m learning the position and trying my best.

“It’s been tough but it’s an opportunity to develop my game and I’ve taken the chance with open arms.

“I can only do the best I can in the circumstances for the other girls.

“I came to the club as a static shooter but I’ve always been open to exploring other sides of my game.

“If I’m looking for a positive then I’ve proved to myself that I’m not limited to playing in a certain way.

“When it comes to filling that point guard role, Marina [Fernandez] and Maggie [Justinak] are in the same boat and we’re sharing the responsibility.

“None of us are point guards but we know what’s needed right now.”

Oaklands head to Tyneside with a 2-4 Championship record after landing a last-gasp 79-77 win against Cardiff Met Archers last weekend.

A statement win was underpinned by Jorjah Smith’s 32 points in 32 minutes as the ex-Eagle exploded from the tip.

And Newcastle will need to keep the in-form Aussie at bay — and exploit their own power in the paint — to stand any chance of notching a second league win of the season.

“Our inside presence can cause any team a problem and we have to play to our strengths,” added Willis.

“We’ve been working on getting the ball into the hands of our bigs and we know that’s where we can have success.

“With Chloe [Gaynor], Nette [Lewis] and Katie [Nolan] we boast the strongest core of inside players in the WBBL.

“Whether we rotate them or play them together they represent a huge threat.

“It’s all about whether we can get the ball into them in the right positions and that’s what we’ve been focusing on.

“Everyone’s fit for this weekend so it’s a chance to play to our potential.”

Newcastle slipped to an agonising 69-65 loss against Essex Rebels last time out despite Lewis bagging a superb double double of 16 points and 11 rebounds.

And Willis — forced to sit out that cruel defeat due to illness — added: “It was a tough watch.

“I was gutted to miss the game and felt guilty that I couldn’t help my team-mates get over the line.

“I was really sick but all I kept thinking was ‘what if I’d been able to play a few minutes?’. It might have made the difference.

“But we’re all determined to bounce back against Oaklands. We’ve got a full squad and we can’t wait to get back out on court.”

Tonight’s clash at the Vertu Motors Arena tips off at 7.30pm with tickets available on the door.