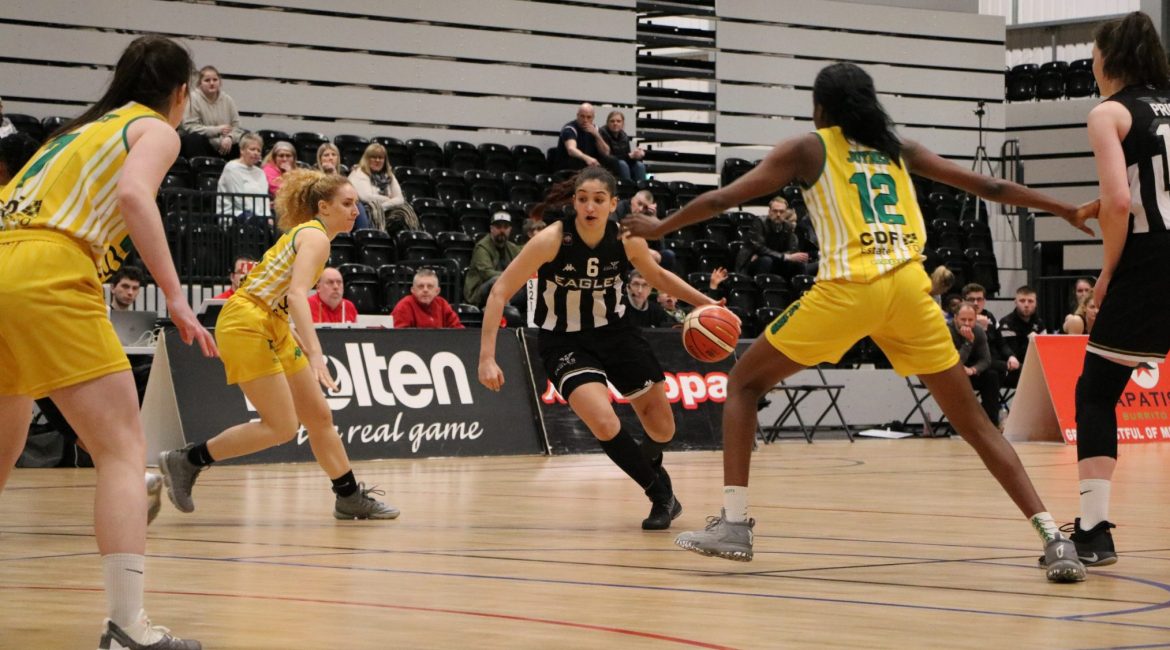 Chris Bunten is convinced a run to this year’s BUCS Championship final can have a positive effect on a roster chasing WBBL Play-Off glory.

Many of Newcastle Eagles’ players also turn out for Northumbria University’s Premier North side – competing at the top level of college basketball in the UK.

And earlier this week Northumbria sealed their place in the 2019 BUCS Championship final with derby rivals Durham lying in wait on March 27.

“Although they are two separate teams with two separate styles of play there is a significant crossover in terms of personnel,” said Bunten ahead of tonight’s must-win WBBL clash against Essex Rebels at the Eagles Community Arena.

“But the whole squad comes together every week and whether we are talking WBBL or BUCS there is a common desire to be successful.

“I’m sure that Wednesday’s win against Edinburgh in the BUCS semis will have a positive impact on what we can achieve WBBL-wise.

“Within the group there’s a real buzz and morale has never been higher. A win – no matter who it is against or in what competition – will always pick everyone up.

“We’re going into the Essex game in high spirits and with high hopes. And what the girls achieved in their BUCS match this week is playing a big part in that.”

Essex have only won two WBBL fixtures all season – with Bunten’s Eagles slipping to an agonising defeat at the Rebels.

And the Newcastle playcaller needs no reminding that favourite status counts for nothing against the league’s basement club.

“Essex can beat anyone on their day – as we know to our cost,” added Bunten. “They only lost their last game by five points at Leicester Riders.

“I don’t think anyone at Newcastle will need reminding of their threat. They have three outstanding players who, once they find their rhythm, can be a real danger.”

Only an outstanding contribution from Kalina Axentieva kept the Eagles in contention against Essex when the two teams met earlier this season.

And Bunten revealed the versatile Bulgarian is edging closer to full fitness following a frustrating spell fighting a hamstring injury.

“Kalina will play some minutes for us this weekend and we can’t wait to welcome her back properly,” he added.

“She had really stepped up this season prior to her injury but she’s not been alone.

“Giulia Simioni and Georgia Ohrdorf have been hitting the headlines but Kara [Bonenberger] has been super-consistent, Keziah Lewis has really come to the fore in Kalina’s absence and Rachael Bland has been defensive dynamite.

“Once everyone steps up together I do feel we can make a real impact.”

Newcastle tip off against Essex at the Eagles Community Arena from 7pm. BBL season ticket holders enjoy half-price entry to all WBBL fixtures. Tickets can be purchased in advance or on the door: