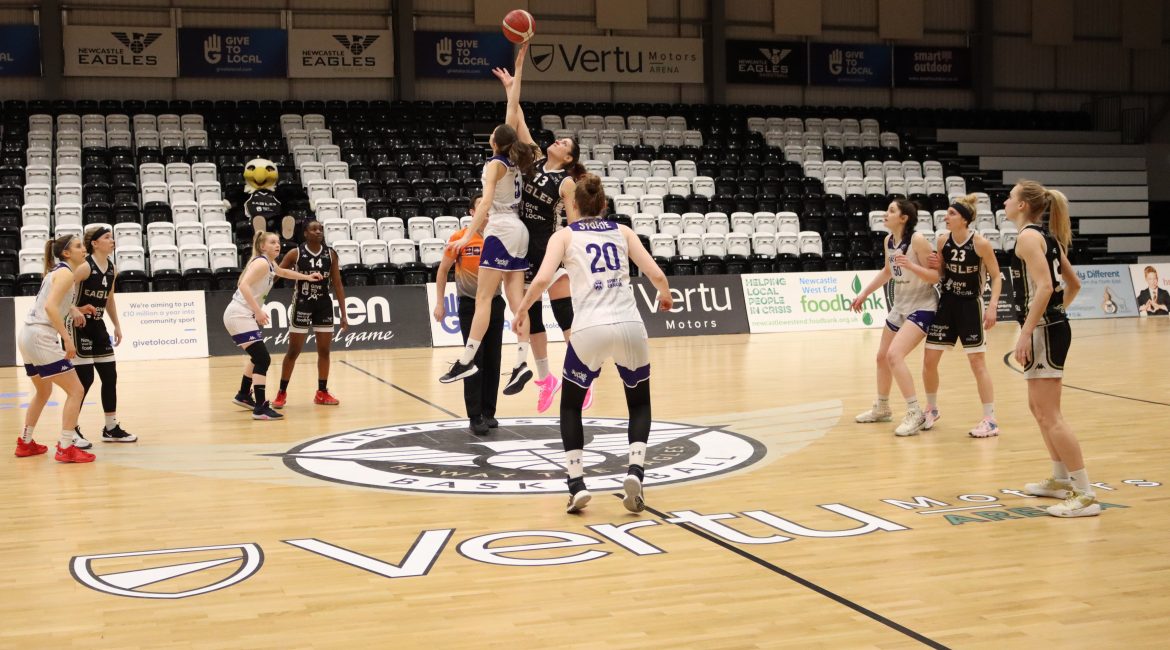 Chris Bunten’s side have six games to secure their top eight place and complete one of the most unlikely comebacks in WBBL history.

And Newcastle’s playcaller is targeting three wins from the next four fixtures to get the job done early.

“Seven wins should be good enough to get into the playoffs,” said Bunten, whose side sits third from bottom with a 4-10 record.

“It’s in our own hands but we still have to take care of business.

“We just need to focus on the teams in front of us and stick to what we know best.

“We can only concentrate on what we can influence. We can’t allow ourselves to worry about what’s going on around us.”

Nevertheless, what is going on around Newcastle near the foot of the Championship table won’t have escaped Bunten and his roster.

Bottom side Durham Palatinates have won just one of their 12 games this season and the Eagles face their near neighbours twice in the next 15 days.

Struggling Oaklands Wolves split those North East derbies on April 11 and all three matches are winnable in a make or break month for Newcastle.

“It’s a big four weeks but I want to start it as we mean to go on,” added Bunten.

“I was bitterly disappointed when we lost to Essex in January and it was a game we should have won.

“We led for three quarters at their place only to fade away at the end. But we were at a stage where we were rebuilding and still trying to shape our new identity.

“The Rebels’ starting five is undoubtedly stronger than it has been in previous seasons.

“Like us, they tend to play with seven or eight players so that means their starters have to step up every week.

The inconsistent Rebels are clinging on to fourth place in the Championship table despite a run of three defeats on the bounce.

And Bunten believes today’s clash will be decided by Newcastle’s ability to dictate the play at both ends of the court.

“We have to be the team that sets the tone on offence and defence,” he added.

“Every time we play our own brand of basketball we’re tough to beat.

“DeAngelique Waithe is the difference for Essex but she blows very hot and cold.

“I think it really depends upon which Waithe turns up in terms of how well Rebels play.

“Keeping Waithe and Lucrezia Costa off the glass will be key to how the game goes.

“But I really rate Tom Sadler as a coach and I know he’ll have his team well prepared and up for the fight.”

Bunten admitted he was bitterly disappointed with the nature of last weekend’s defeat to title challenging Leicester Riders.

And he has challenged his players to respond in style following a lacklustre display in the East Midlands.

“I can take a loss at Leicester but we just didn’t turn up last weekend,” he added.

“They are a better team than us but we can play so much better than we did.

“It was disappointing and I’m looking for the right reaction from the players in the Essex game.”