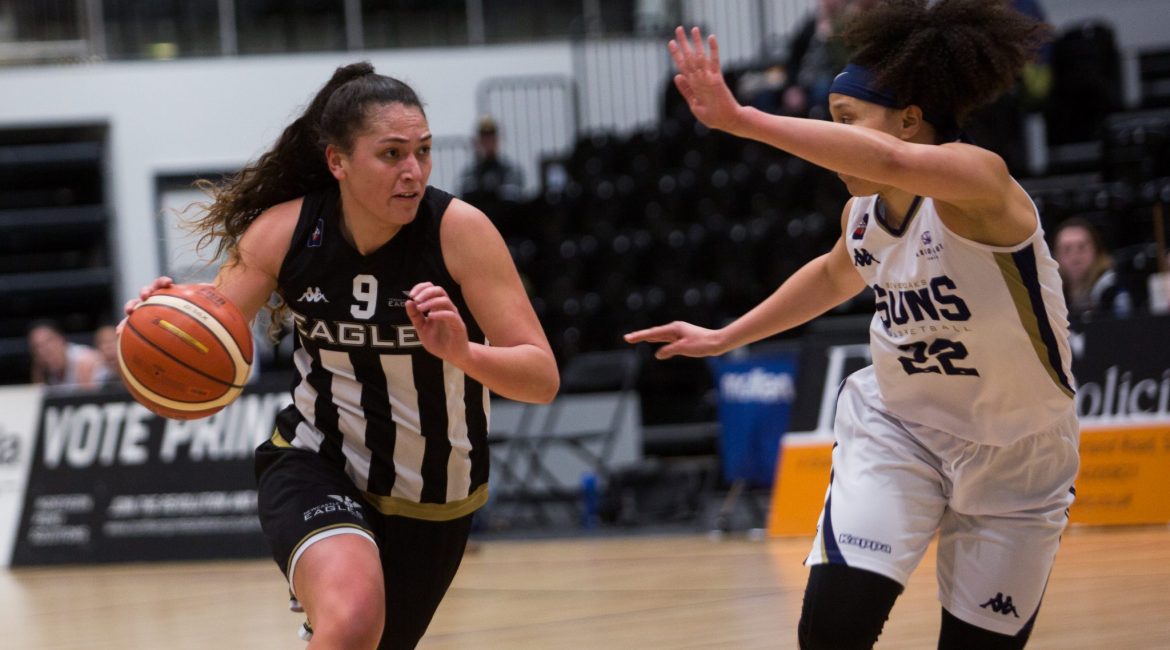 Keziah Lewis is confident Newcastle Eagles can unlock their potential in time to plot the perfect playoff push.

Chris Bunten’s side had been tipped to make a big noise in the WBBL following the club’s close-season switch from Northumbria University.

But key injuries and inconsistent form has left the team fighting for its top eight future and likely to cede home advantage in the playoffs.

“We have so many offensive threats across the team that there should always be someone ready to step up.

“But that hasn’t always happened this season.

“We’re also a very unselfish group and have probably been guilty of passing the ball too often. That’s not a bad thing but there comes a time when someone needs to take the shot.

“We realise that and we know what we need to do. It’s all about striking the right balance.”

Lewis exploded off the bench to bag 21 points and six rebounds in just 27 minutes against second-placed Leicester Riders last weekend.

And the Cook Islands international stepped up in sensational style following the early exit of experienced US forward Kara Bonenberger.

“It was important that we filled the void after Kara went off as she’s a big player at both ends of the court,” added Lewis.

“Georgia [Ohrdorf] was amazing on her way to more than 30 points but everyone played their part. We showed what we can do.”

Bonenberger lasted fewer than four minutes against the Riders and Bunten will be hoping a player with a history of serious injuries is in contention to face the Lions.

“It’s not as bad as we thought at first,” added Lewis. “Fingers crossed Kara will be back sooner rather than later.”

The ninth-placed Lions must win at the Eagles Community Arena (7pm tip) in order to keep their own playoff hopes alive.

And with only 10 points separating fourth from ninth it will be later this month before a complicated post-season picture becomes clear.

“People are looking at Sevenoaks and suggesting that it’s a foregone conclusion that they’ll add the playoff crown to the league title but I don’t think it’s that clear cut,” added Lewis.

“We are one of a number of teams that fancy our chances in the playoffs – if and when we secure that top eight spot.

“I think it will be wide open and from our point of view I’m hoping the best is yet to come.

“I feel as if we’re just starting to find that chemistry which every winning team needs. Watch this space.”

Tickets are just £5 on the door and Newcastle Eagles BBL season ticket holders are entitled to half price entry to all WBBL games this season.