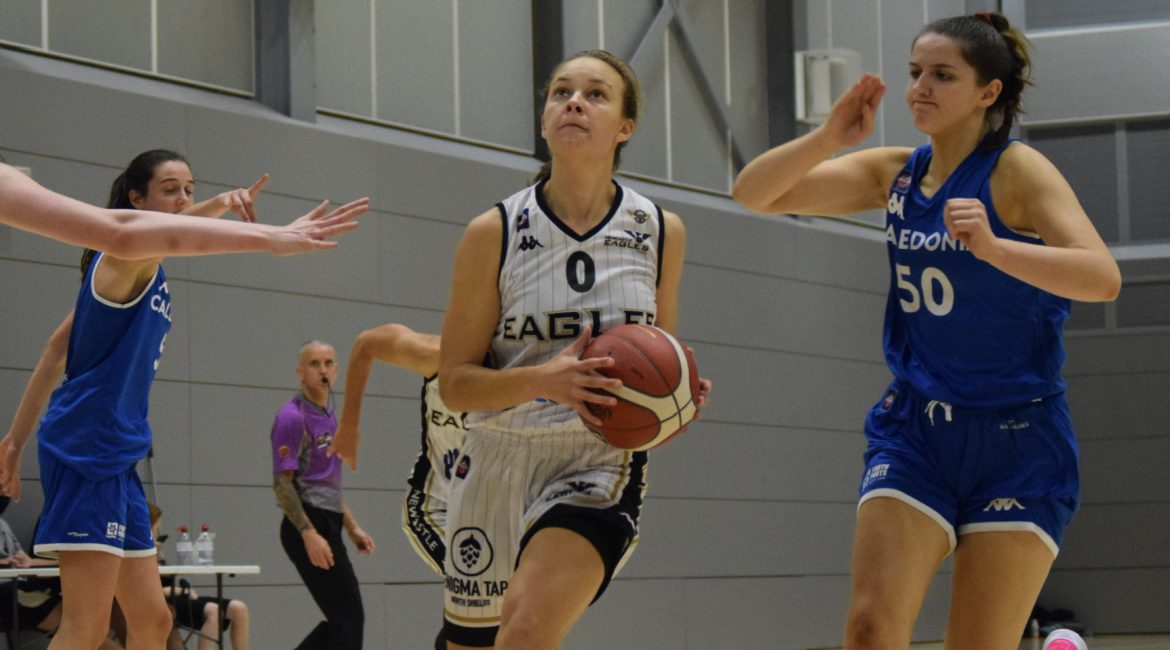 Doing her team’s dirty work doesn’t concern Dora Cipcic as the in-form Croat prepares to put her body on the line again this weekend.

The Newcastle Eagles guard has forced her way into Chris Bunten’s starting five on the back of a series of no-holds-barred displays off the bench.

And Cipcic is relishing another opportunity to test herself against the WBBL’s best ahead of this afternoon’s clash at big guns Sheffield Hatters.

“Every time we play against one of the top teams we learn more about ourselves and improve as a group,” said Newcastle’s impressive close-season signing.

“As an individual I love those high-pressure games and the chance to match up against experienced opponents.

“Sheffield is a really good team with great players.

“But I look forward to games against the Hatters, London and Sevenoaks Suns. The big teams bring out the best in me.

“I loved the atmosphere and the pressure around last weekend’s WBBL Cup semi-final against Leicester.

“Those are the matches I live for and making the final has given everyone a great deal of confidence.”

Selfless Cipcic enjoyed her best performance yet in an Eagles vest as she helped lift her team’s intensity against Leicester.

And her relentless work ethic and disruptive approach at both ends of the court saw her display likened to Newcastle legend Fabulous Flournoy.

“I really like doing the hard work,” she added.

“I like to put my opponents under pressure and I try to go for every rebound at both ends of the court.

“I’m always willing to do the things that people don’t like to do. I don’t mind doing the dirty work.

“I think that’s what separates me from some other players in this league and it’s what this Eagles team needs.

“I stick to my role and try to give my team-mates the best opportunities to play their game.”

Cipcic hauled down seven boards in 27 minutes against the Riders last weekend and is relishing the chance to mix it up against the Hatters in Newcastle’s penultimate fixture before the Christmas break.

“When we played London last month we gave them too much respect as one of the top teams in the league,” she added.

“I think we’ve learnt from that and this weekend is the first test of how we approach another of the WBBL’s leading sides.

“We’re confident that people will see a different side of the Eagles in next month’s cup final and the Sheffield game is a chance to prove that we’re moving in the right direction.”

Newcastle have prepared for today’s Hatters’ trip without Bunten as the Eagles’ playcaller has been Stateside in his recruitment role for Northumbria University.

But Cipcic is confident the visitors can clinch an upset win following a positive week of practice.

“We’ve had support from the BBL coaches and Chris’s assistants Luke [Orwin] and Paul [Nilsen] have done a great job preparing us,” she added.

“Of course, it’s not the same going into a big game without our head coach but we’re determined to do our very best for Chris.”

This afternoon’s clash tips off at 4pm and we will have live updates across our social media channels.