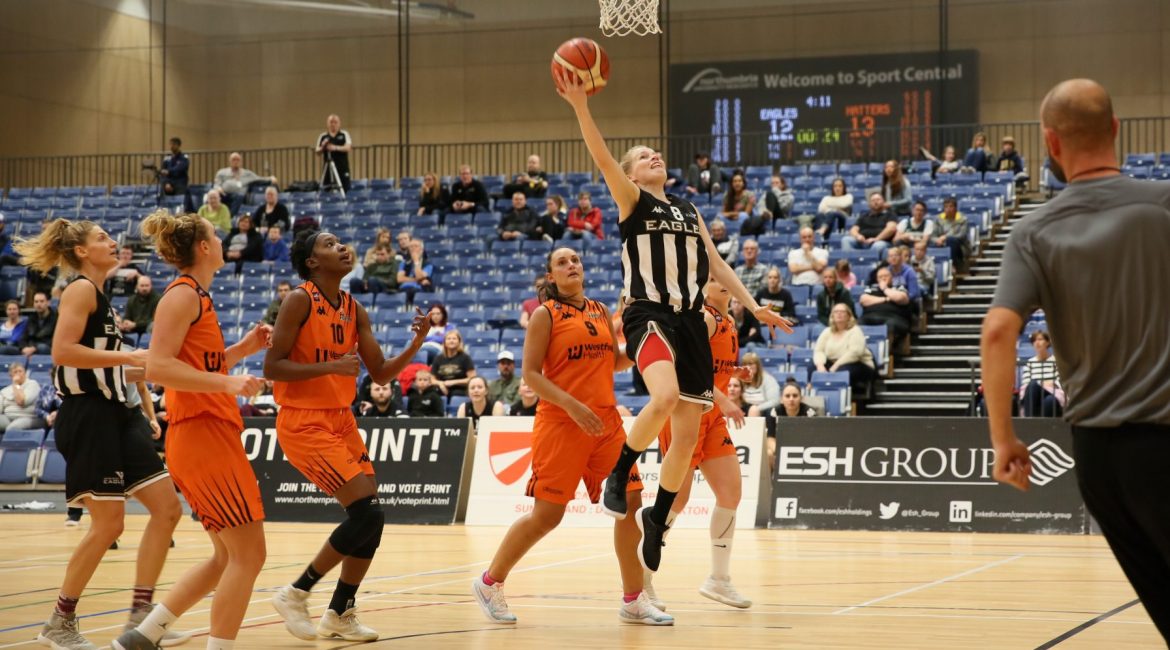 But there will be no room for platitudes come tip-off as the visitors begin a punishing run of six games in 16 days.

And Bland has warned of Clarke’s all-round threat should Newcastle allow the free-scoring guard to find her rhythm.

“I can’t speak highly enough of T as a professional and as a person,” said the Eagles’ experienced forward. “She’s a credit to her family and a credit to the game of basketball.

“On court she’s cool, calm and collected and she’s always ready to carry the team on her back.

“She goes above and beyond every night and commands the floor. She’s a true leader and a big factor in the Suns’ success.

“But we can limit her threat if we work hard and focus. It’s vital we don’t allow her to settle into any kind of rhythm – once she’s in the zone then she can be unstoppable.”

Bland and Clarke were mainstays of Team Northumbria before the latter left for Sevenoaks three seasons ago.

That move saw the US star link up with another TN alumna in the shape of mobile forward Cat Carr.

And in tandem the pair have been instrumental in establishing the Suns as the premier force in the WBBL.

“Last season Sevenoaks dominated the women’s game and they look like the team to beat again this season,” added Bland.

“T and Cat aside, they boast an enormous amount of strength in depth and they’re a very tall team.

“We know we’ll have our work cut out down there but we’ve had a good week of preparation and we’re ready for the challenge.”

Head coach Chris Bunten had his players training at 7am yesterday in order to run through a series of new plays one final time before the long trip south.

And the experienced playcaller will be hoping a four-week break from WBBL action will not count against his remodelled roster.

“It’s like starting our season all over again,” added Bland. “But we need to get right back at it.

“We have three successive double header weekends and that will be a true test of our various rotations.

“Fortunately, everyone’s seen some court time this season and the players coming off the bench have done a fantastic job.

“We can keep teams guessing and play combinations that target specific opponents.”

Bunten will keep a close eye on tonight’s minutes with a trip to Essex tomorrow with a 4:30pm tip.

And it remains to be seen whether star forward Kara Bonenberger will be risked against the Suns as she continues her recovery from a minor injury.