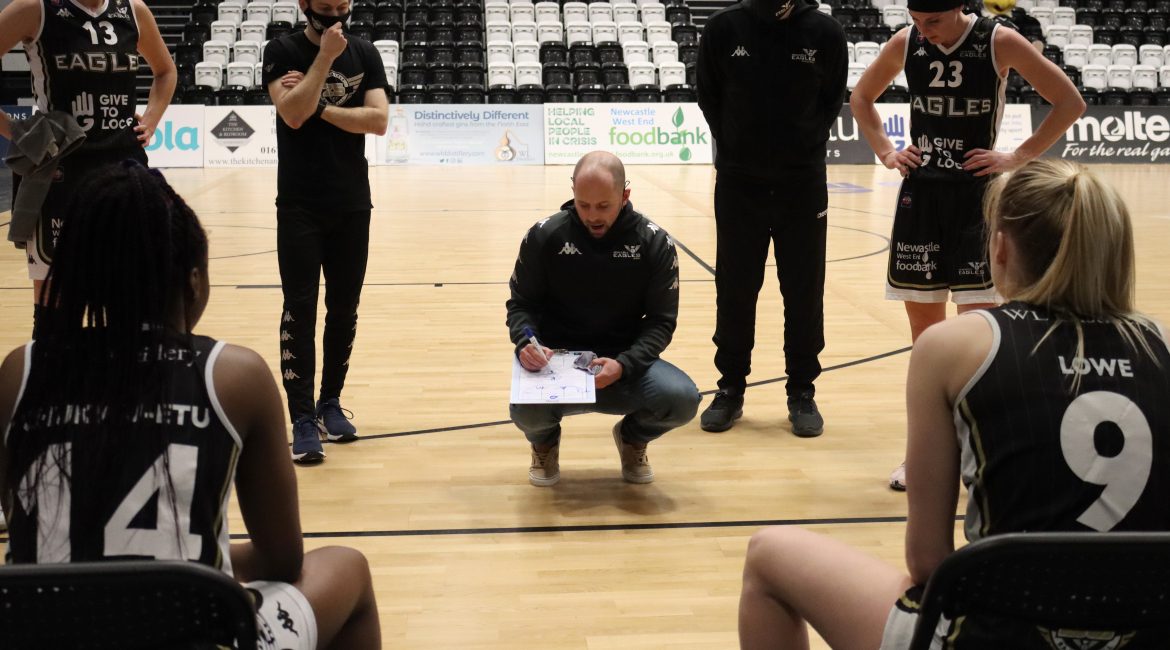 Newcastle have never beaten Sevenoaks and the latter inflicted a first league defeat on league leaders London Lions in midweek.

Suns are 5-0 for the season but the Eagles head south on the back of a three-game winning streak.

And Bunten said: “We’re out to upset the odds.

“I don’t think anyone outside of the Vertu Motors Arena gives us a hope of picking up a win down there.

“And I wouldn’t be surprised if Sevenoaks already have one eye on their game against Essex Rebels on Sunday.

“That suits us just fine. I genuinely believe we can take them on and win the game but we’ll have to be at our very best.

“The fact is that Suns are an ageing team and we have pace and youth on our side.

“We have to get our transition offence going from tip-off and we can’t allow Sevenoaks to slow things down.

“If we can do that then we have a chance.”

To take that chance Newcastle will have to negate the familiar threat of former Team Northumbria favourites Cat Carr and Ta’Yani Clark.

Two of the WBBL’s most storied performers have picked up where they left off last season.

And Carr plundered a game-high 24 points on Wednesday to end London’s 100 per cent start to the Championship season.

“Cat and Ta’Yani are two of the best players in the league and have been for some time,” added Bunten.

“We know what they can do and both of them can change a game in the blink of an eye.

“But we’re eight weeks into our ‘new’ season and we’re starting to look like a team with plenty of game changers ourselves.

“After Lisa [Koop] and Mante [Kvederaviciute] left in January we were forced to hit the reset button and it’s taken time to get to where we are now.

“But this group has come through a tough few weeks and turned frustrating losses into exceptional wins.

“We’ve turned narrow defeats against Caledonia Pride and Cardiff Archers into big, big wins and done it within a very short space of time.

“Sevenoaks are a very different proposition and a very tough team but it’s down to us to turn up and make things difficult for them.”

Bunten continues to get the very best out of a short-handed roster but he revealed assistant Luke Orwin deserves much of the credit.

“Luke is a volunteer who’s poured his heart and soul into this team,” added Bunten. “He drives the cars, helps out with sponsorship but most of all he gives me clear information on the bench.

“He’s been the best assistant I’ve had and I really enjoy working with him.”

Bunten is also seeking to define the role of another new addition to his backroom staff following the recruitment of Euroleague and women’s basketball specialist Paul Nilsen.

“Paul has a wealth of experience covering, playing and coaching basketball and it’s fantastic that he’s in a position to help the team for the remainder of the season,” he added.

“I’m delighted to have him on board and I just have to work out how we can best use his skills.”

This afternoon’s action will be streamed live via the WBBL YouTube channel from 1pm.