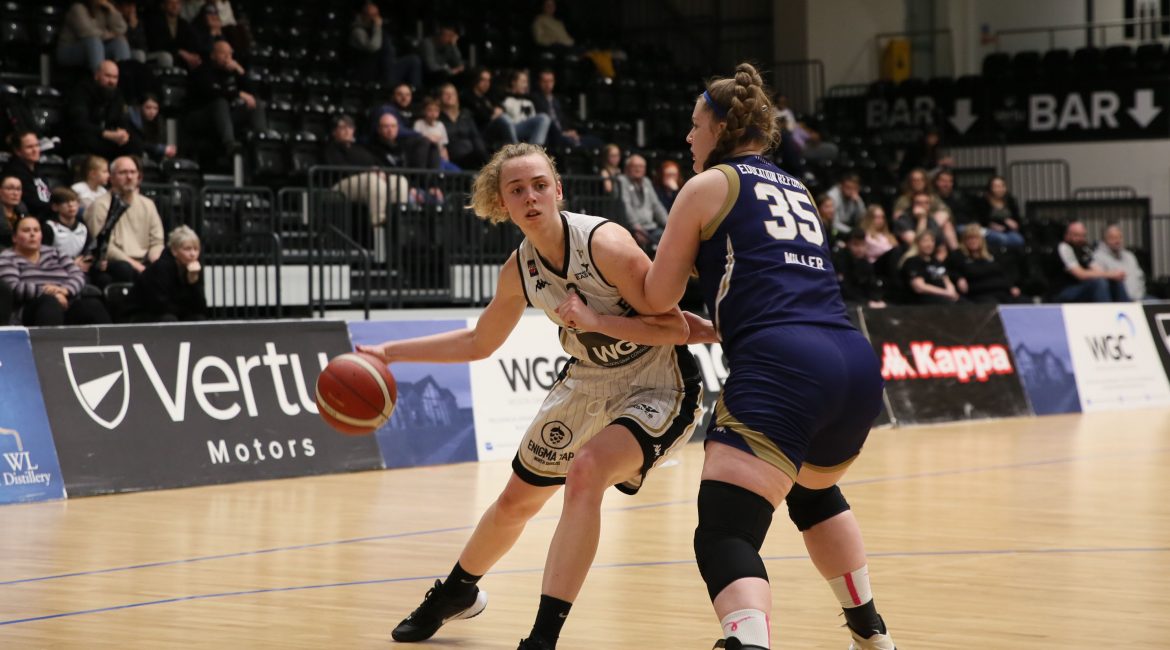 Chloe Gaynor insists she couldn’t be prouder of her Newcastle team mates as the Eagles bring down the curtain on a bruising WBBL campaign.

And the battling centre has vowed to play through the pain barrier one final time as the women in black go in search of an eighth league win of the season.

And Eagles’ head coach Noelia Cacheiro will be forced to call on the same core of players asked to play 40 minutes apiece at Cardiff on Wednesday.

“I’ve never really experienced anything like this last week,” admitted an exhausted Gaynor.

“We always knew it was going to be tough but you just can’t prepare for the reality of so many minutes in so few days.

“Earlier in the week we were aware that we’d have five or six players available at best but that didn’t faze us.

“And by the time we headed to Cardiff we were down to the final five!

“For all of us left standing it’s just been a case of putting our bodies on the line and we’ll go again one final time this weekend.

“I’m not 100% fit but I need to play. And I want to play for this team and this group of players.

“I’d do anything for the people who are on court alongside me right now and that includes seeing out the season at Oaklands.

“It’s been a brand new experience but it’s nothing that I’m not willing to do.”

Gaynor arrived on Tyneside last summer with high hopes that a close season move from Nottingham would herald an exciting new chapter in her fledgling career.

At the same time, the shadow of a serious injury was hanging over a player initially wary of playing too many minutes on her WBBL return.

Ultimately Gaynor has proved both her form and fitness as one of the standout success stories in an Eagles season blighted by a series of setbacks on and off the court.

She added: “At this stage there’s actually a weird sense of positivity around the camp.

“In a roundabout way it feels like we’ve had a good end to what’s been a difficult year.

“Noelia has done a great job in terms of helping us recognise our identity and bringing us together as a team.

“The fact that we’ve not stopped fighting during the last few weeks — despite the mess that we’ve found ourselves in this season — is testimony to this group’s belief and focus.

“In spite of everything that’s happened we’ve found a way to tough it out.

“At Cardiff on Wednesday the five of us were down by 30 but we still found the time to enjoy our basketball and we fought back to win the second half.

“Noelia kept our spirits up from the sidelines and I actually came away from the game with a smile on my face.

“There’s so much positivity to come out of what we’ve achieved during the last few weeks and if that’s not reflected in the league table then anyone who’s watched the Eagles lately will understand what I’m saying.

“We’ve found a position that we can build on and I can’t see anything other than progress next season.”

Leading scorer Maddy McVicar will be added to the quintet that faced Cardiff on Wednesday.