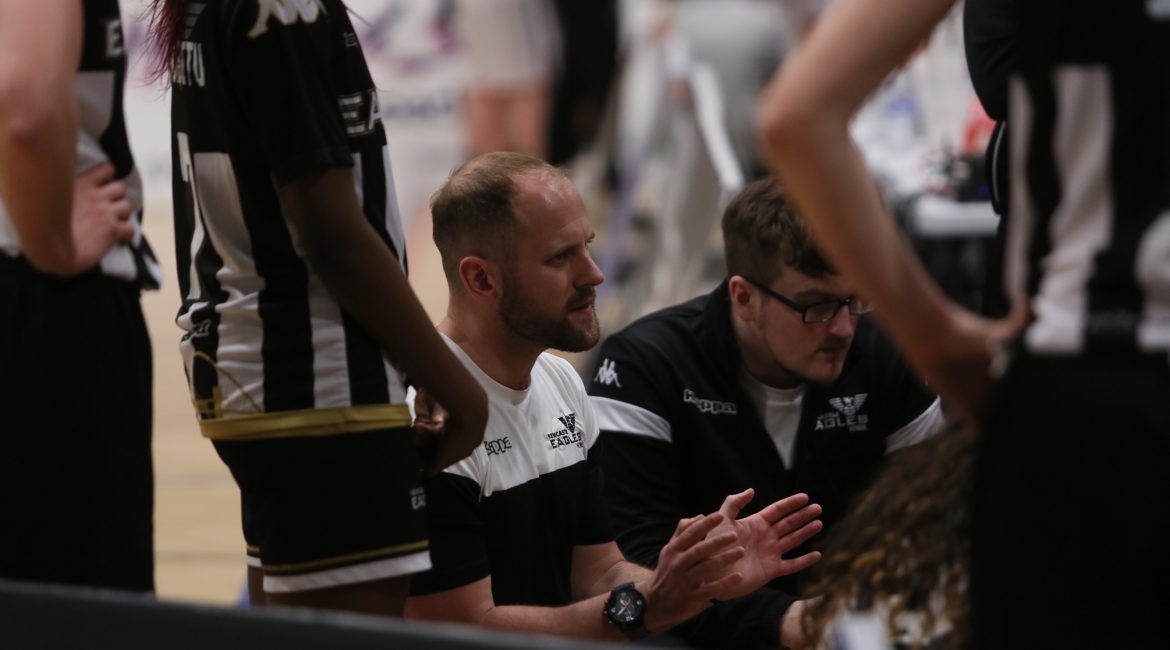 Bullish playcaller Chris Bunten is convinced Newcastle Eagles can extend their season beyond this weekend – with The Axe back in his black and white attack.

Seventh-placed Newcastle travel to league runners-up Leicester Riders in the quarter-finals of the WBBL playoffs tonight.

And the Eagles welcome back three-point threat Kalina ‘The Axe’ Axentieva for the winner-takes-all showdown in the East Midlands.

“When we beat Leicester a few weeks ago our offence was firing on all cylinders and we’ll need to be at our best again this weekend,” said Bunten.

“Bringing Kalina back into the fold is a huge boost as we all know what she’s capable of when she finds her range.

“We shot 49 per cent from the field when we took down the Riders and if we can do the same again then we’ll win the game. I’m convinced of that.

“They’re not great on defence – either individually or as a team – and we need to exploit that.

“On the other side of the coin we’ve been working hard all week to make sure we don’t give anything away at the defensive end.”

And the Riders will have been desperate to avoid Bunten’s men in the post-season and dodge a match-up that could end their campaign prematurely.

“Anything can happen in playoff basketball and I’m really pleased with the situation we find ourselves in this weekend,” added Newcastle’s coach.

“I feel that our bigs can make a real difference – Kara [Bonenberger] is fully fit after missing most of the game against the Riders in March and Maya [Price] is back from America and firing on all cylinders.

“We’ve got a good balance and we have nothing to lose. As league runners-up Leicester are expected to win and the pressure is all on them.

“I really believe we can go down there and win. Nobody is ready for our season to end this weekend.”

Tonight’s clash tips off at 6.30pm and can be watched live on the Leicester Riders Women’s Twitter.