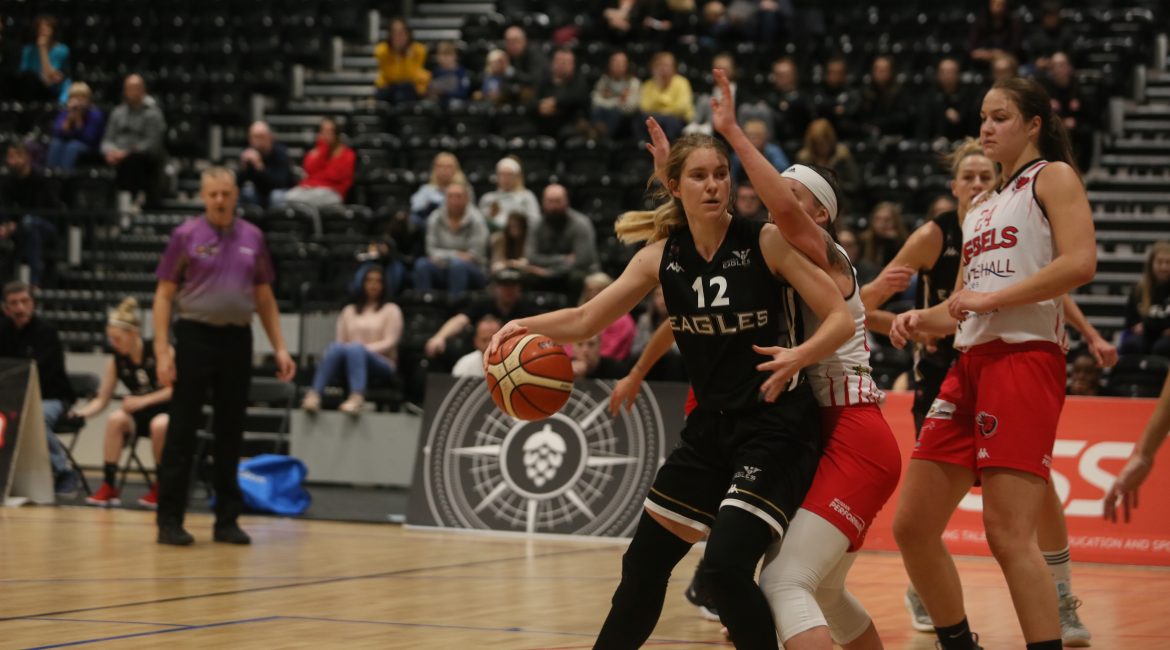 Both clubs have set their sights on a top four finish as two rosters packed with talent look to upset the league’s big guns.

And Ohrdorf has nothing but respect for a Durham side that now includes former Newcastle favourite Kara Elderkin in its ranks.

“When I saw the quality of their signings during the summer I always thought the Palatinates would be a team to watch,” said the free-scoring forward ahead of this afternoon’s championship clash.

“They’ve had a great start and it feels good to finally get the chance to take them on.”

Ohrdorf and Elderkin worked well in tandem for the Eagles last season but injuries prevented both from developing a more dangerous partnership in the paint.

And Newcastle’s popular Aussie admitted: “Kara is an asset to any team.

“She’s got off to a great start at Durham and is a player who brings real variety on court.

“Kara is effective inside and outside and boasts a great all-round game. We’re aware of what we need to watch out for this weekend.”

Ohrdorf missed a chunk of last season following a serious concussion but finished her debut campaign in the WBBL in some style.

And one of the league’s most consistent performers is relishing game time alongside experienced internationals Mante Kverderaviciute and Lisa Koop.

“It feels like I’m more of a role player this season and in that respect it feels like the pressure is off a little,” she added.

“I look around the floor and there are so many experienced players. On any one night any one of them could drop 20 points.

“I’m enjoying being a part of this team and can’t wait to see what we can do against Durham.”

Durham host Newcastle at Maiden Castle from 1pm this afternoon.