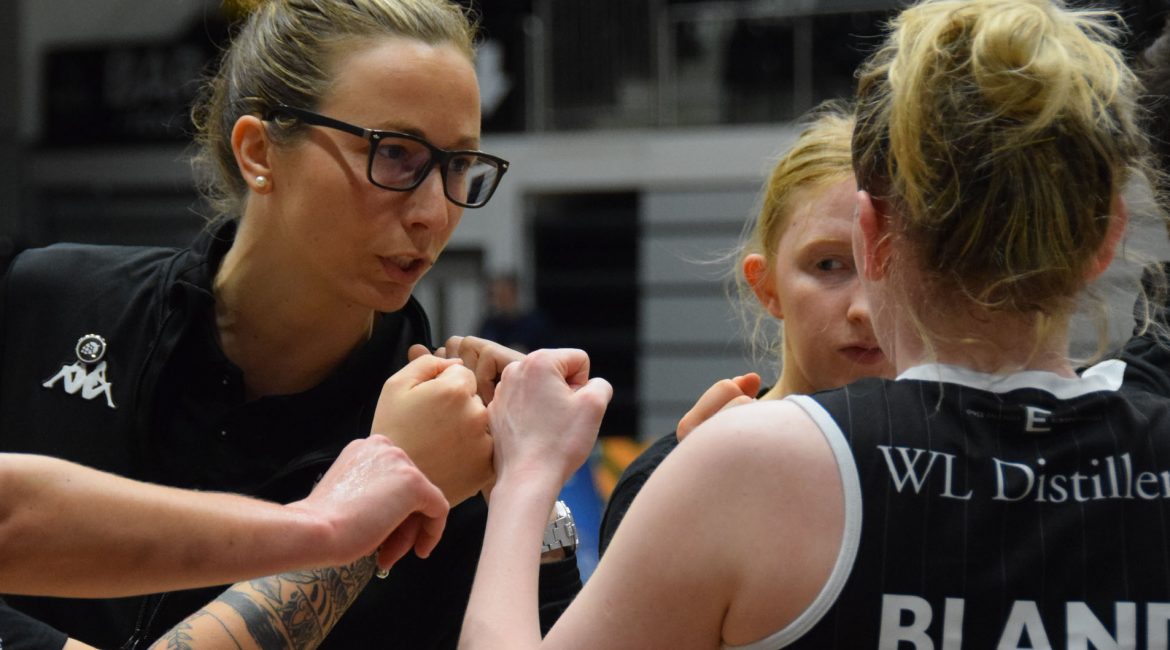 Noelia Cacheiro insists the future remains bright for women’s basketball in the North East as her beaten but unbowed Newcastle ‘warriors’ fight on this week.

The Eagles wrap up the regular season with trips to Cardiff tonight and Oaklands Wolves on Saturday with no more than pride to play for.

But despite Newcastle’s failure to clinch a playoff place this month, Cacheiro is predicting big things for the women in black.

“Looking at the last few weeks and the great basketball we have been playing, I’m excited to see what group we can bring together next season,” said the Eagles’ Spanish playcaller.

“These are exciting times for North East basketball, with both Newcastle and Northumbria Universities working together to make the Eagles the best team we can possibly be.

“During the last few games the fans have seen what a group of warriors we are. I’m looking forward to all the good things that are yet to come!”

As far as warriors go few players have fought harder than Chloe Gaynor and Layne Murphy since the turn of the year.

And the battling bigs make the long trip to Wales despite neither player being 100% fit.

Gaynor and Murphy are two of just five players set to face Cardiff in a WBBL dead rubber rearranged after Covid cases forced the postponement of the original fixture.

That will mean all five Newcastle starters will be expected to play 40 minutes of basketball just 48 hours after the second of two back-to-back homecourt losses.

A crazy schedule will further stretch a short-handed roster that’s been forced to deal with a series of unforeseen challenges since the turn of the year.

But Cacheiro doesn’t doubt the commitment or the focus of a core group of players she’s keen to return for the 2022/23 campaign.

“This group right now does not need external motivation,” she added.

“They all have a true competitive nature and the Essex game on Easter Monday was proof of that.

“We had no playoff spot to play for and yet they went out and made the Rebels really work for their win.”

Newcastle will need to manage both their fitness and their discipline to get through tonight’s game in the Welsh capital.

Cacheiro will be wary of putting too much pressure on Gaynor and Murphy but the Eagles’ coach will also have one eye on the foul count.

The visitors cannot afford for any of their five players to foul out and there is a chance Newcastle will have to forfeit the fixture if that happens.

Nevertheless, the Eagles were determined to fulfil their outstanding trips to Cardiff and Oaklands despite being down to the bare bones and out of the playoff race.

And Cacheiro is hoping both games provide further pointers for the future as she plots a full scale close-season reboot.

Tonight’s Championship clash tips off at 7:30pm with Newcastle knowing an eighth win of the season will secure 10th spot.

Fans can watch live on the WBBL YouTube channel with all the build-up from 7:20pm.