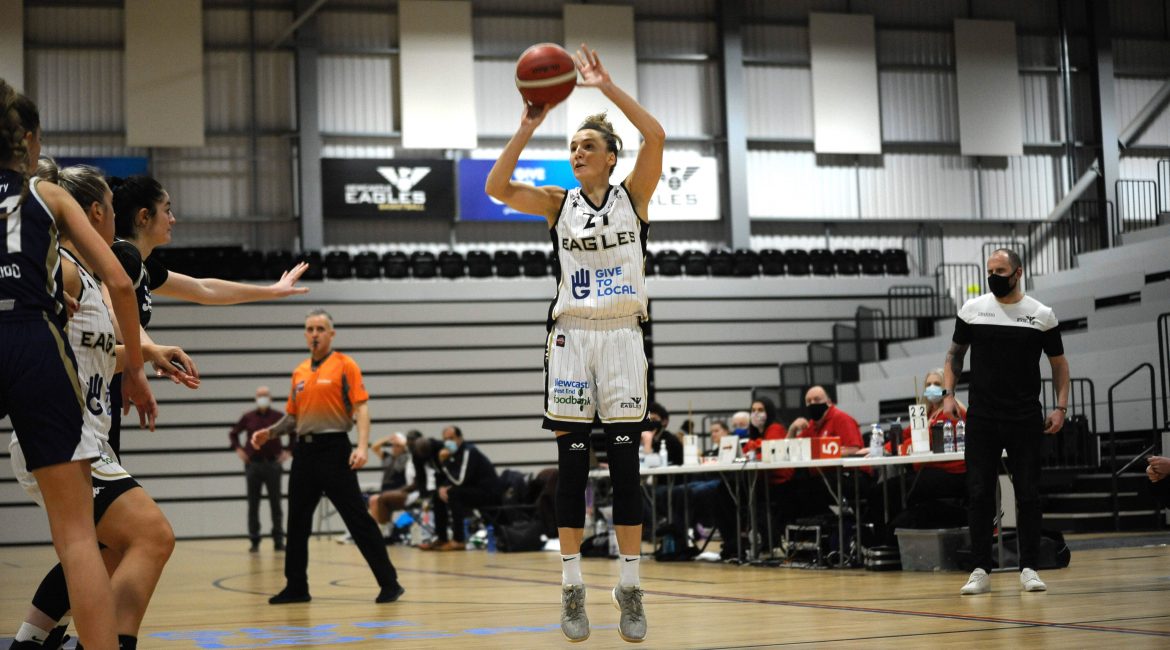 Chris Bunten is ready to kiss goodbye to a difficult December and focus on a fresh assault for honours in the new year.

The Newcastle Eagles WBBL playcaller leads his injury-ravaged and confidence-sapped roster into action against London this afternoon wishing 2020 was over already.

But Bunten still believes his patched-up team is underperforming and wants to see more from the women in black following last weekend’s ‘horrible’ double header.

“At full strength this team is as good a side as we’ve seen in Newcastle,” said the Eagles’ head coach.

“But even without a few key players the group I’ve got right now is as good as last season.

“And the fact is we should be performing at a higher level.

“Last weekend was horrible and everyone was disappointed with the manner of our defeat to Manchester.

“The players just weren’t connecting on court and we couldn’t execute.

“Our defence was shocking and we’ve got to stop conceding so many points. That’s where it needs to start for us.”

London will fancy their chances against a Newcastle side still finding its feet this season.

And the homecourt Lions boast the kind of pace that could trouble the Eagles in transition.

“They’re a quick team and that’s their strength,” added Bunten.

“But we need to look at our own game. After all of the hype and the injuries this season it’s time to get back to basics and just do better.

“We need to get back to being one unit defensively and we need to share the ball better.

“But I’m already looking to January and I see the new year as a new start for everyone.”

Bunten already has one eye on this season’s WBBL Trophy as a realistic route to silverware.

And by the time Newcastle tip off their Trophy campaign towards the end of January he hopes to have a fully fit squad and a team heading in the right direction.

“Sevenoaks and Leicester are in the opposite half of the draw so we’ll never have a better chance of making the final,” he added.

“That’s what I’m focusing on and the hard work starts this weekend.

“We need to put some things right at London and get back to the kind of performance I know we’re capable of.

“The players were exhausted after the defeat to Sevenoaks last Sunday after a physically and mentally tough double header.

“We didn’t talk about fatigue before the Suns game because we don’t look for excuses.

“But it was definitely a factor and we should be in much better shape after a clear week.”

Newcastle hope to have Mante Kvederaviciute available to face London and all eyes will be on Ali Gorrell after the US guard picked up a knock late on in last weekend’s defeat to Seveonoaks.