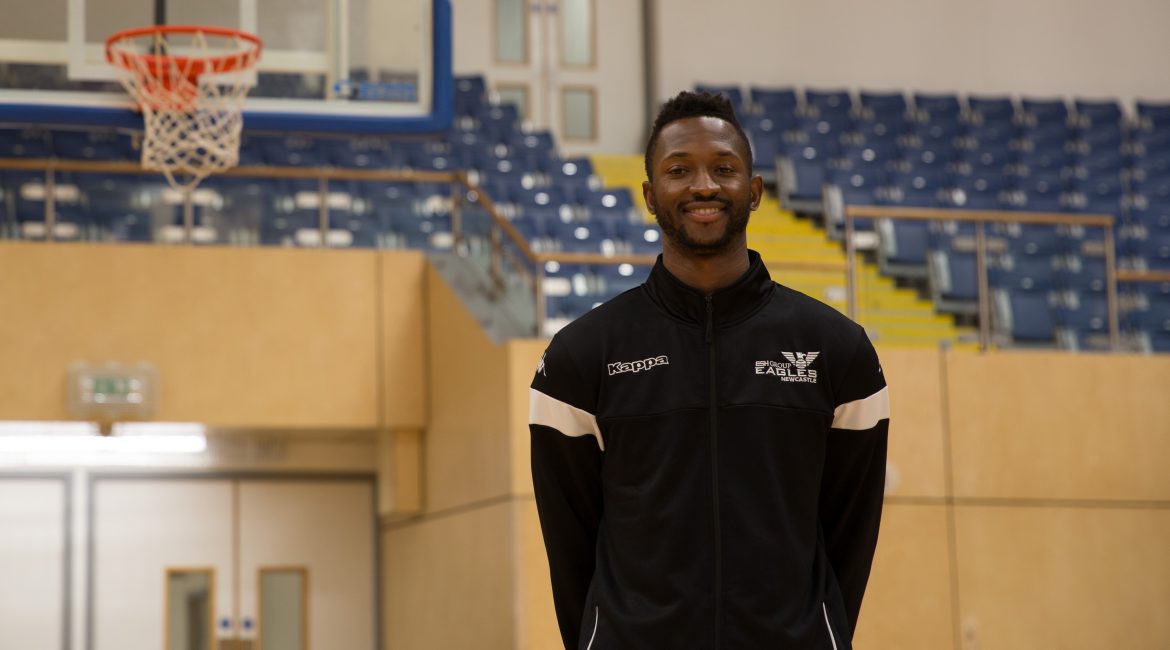 Tonight’s BBL Championship clash sees Esh Group Eagles going in to battle against The BBL’s bottom of the league side, Worcester Wolves. The Wolves have a 1 – 7 record compared to Newcastle’s 5 – 2 so on paper this looks like a home banker.

But, those 2 losses came last weekend so the Eagles are going in to the game on the back of a poor weekend but veteran guard Drew Lasker is relishing his and his team’s return to action tonight.

“The worst thing when you lose is that you want to get back on court as quick as possible. But for us we’ve actually needed a little bit of time so we can right some wrongs in training first. We now feel a little bit more comfortable as a team so we’re looking forward to getting back out there tonight.”

“Practice hasn’t been any harder this week, it’s been about making some tactical adjustments as a group. Our practices are always of good quality and pretty intense. It was just about taking a look at the film, seeing where we went wrong and making the adjustments we need to make.”

Lasker himself not only reviewed the game with his team-mates on film but had a first-hand view of the Bristol game which he missed through injury but was on the bench supporting the side. He has recovered from his knock and is ready to take his place in the rotation.

“I’m fine, I was back in training by Tuesday. I just felt a little niggle in my hip late in the game on Friday and it was something I hadn’t experienced before. With having back to back games, it was took quick for the turnaround. I just decided that I needed to miss the Bristol game rather than play through it.”

“That way it meant just missing the one game rather than perhaps doing further damage and missing three or four games. So, although I wanted to play, we decided it would be best if I didn’t and it seems it was the right decision as I’m ready to go for tonight.”

Worcester may have a losing record but in their last game they won on the road at London in The BBL Cup and have a new USA forward in Deshawn Freeman making his debut in tonight’s encounter. Lasker is aware of that change in the Wolves fortunes.

“They had a big result in the Cup at City Royals last weekend. With all the struggles they’ve had that was a big confidence booster for them and with a new guy coming in you never know with basketball teams. It can bring a change of attitude or it might be a positional thing.”

“It makes this game a lot tougher than it looks on the standings. We’ve just got to focus back in on us and what we do well and that’s what a lot of this week has been about. I’m felling pretty confident about where we are as a team and getting back on court tonight to show that.”

Tickets are available in advance online and on the front desk after doors open at 6:30pm.