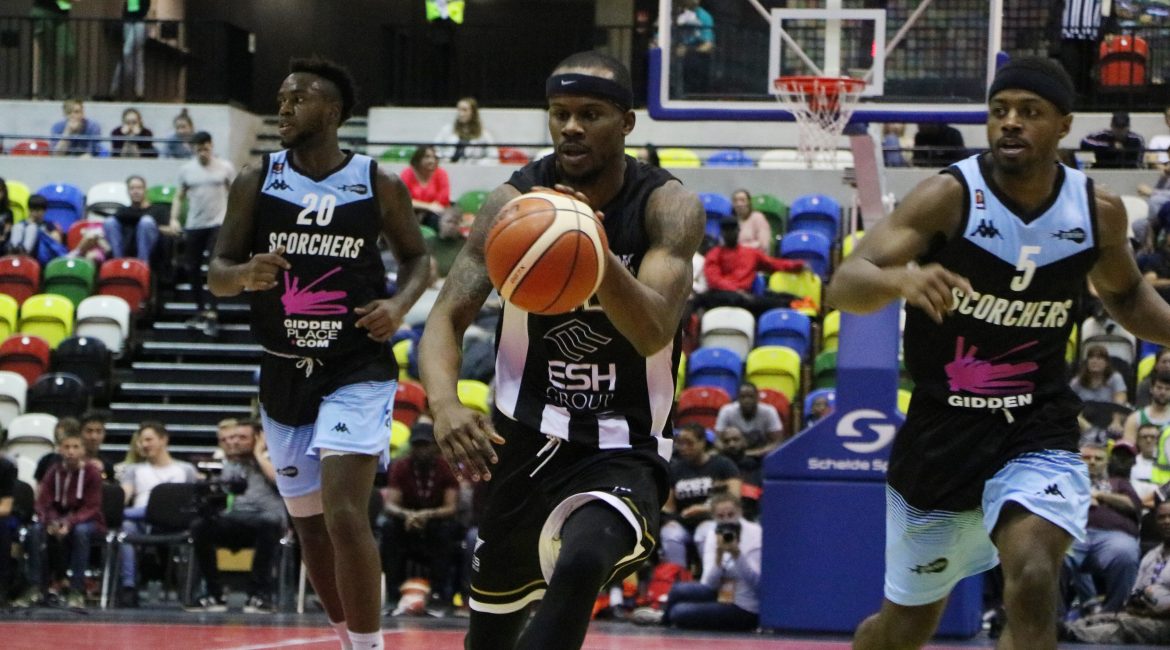 After the disappointment of losing out on the chance of landing the season’s first silverware in last Sunday’s British Basketball All-Stars Championship, Esh Group Eagles Newcastle turn their attention back to the BBL Championship this coming Friday at Northumbria University Sport Central.

The Eagles have made a great start to their Championship campaign and are currently sitting on a 3 – 0 record at the top of The BBL. Ironically the team that knocked them out of last Sunday’s competition and went on to lift the trophy, Surrey Scorchers, are the visitors to Newcastle’s home stronghold.

The Scorchers who are coached by ex-Teesside Mohawks play-caller Creon Raftopoulos, certainly excelled in basketball’s first showpiece event and although they were surprising winners, they thoroughly deserved their win on the day.

It was at the semi-final stage that they defeated the Eagles 34 – 24 in a fast and frenetic 12-minute game that saw them through to the final where they defeated the reigning BBL Champions Leicester Riders to take the unexpected but welcome glory.

Welcome because right now, Scorchers 1 – 4 record sees them only one place off the bottom of the league table and that only because the team below them, the aforementioned Riders, have yet to enter domestic league competition due to their European adventures.

So, it can be seen that whilst Surrey showed great form in the unique 12-minute per game format of the All-Stars Championship, their form over the traditional and conventional 40-minute game is less impressive although they did win last time out at Manchester Giants.

The home side though are looking formidable on their own court so far in the early stages of the season. An opening night win against Cheshire Phoenix and then a superb all-round team performance to destroy BBL newcomers London City Royals 110 – 60 have laid down quite a marker of intent from this season’s Eagles.

Mercurial point guard Rahmon Fletcher has smoothly and seamlessly slipped back in to the BBL and Newcastle and is very much the heart-beat of the team averaging an incredible 12 assists per game. New power forward Victor Moses is also showing why the Eagles recruited him this season in his starting role.

The effect Moses has had on the Eagles roster has enabled veteran forward and Eagles Captain Darius Defoe to revel in his new role off the bench where his scoring prowess has ignited Newcastle’s firepower and seen him top-score in each of his team’s three rousing victories.

It all promises to be another exciting clash at Sport Central on Friday night with the usual tip-off time of 7:30pm as the Eagles seek revenge on the Scorchers and look to keep both their 100% record intact and their lofty perch at the top of British basketball’s premier professional league secured.