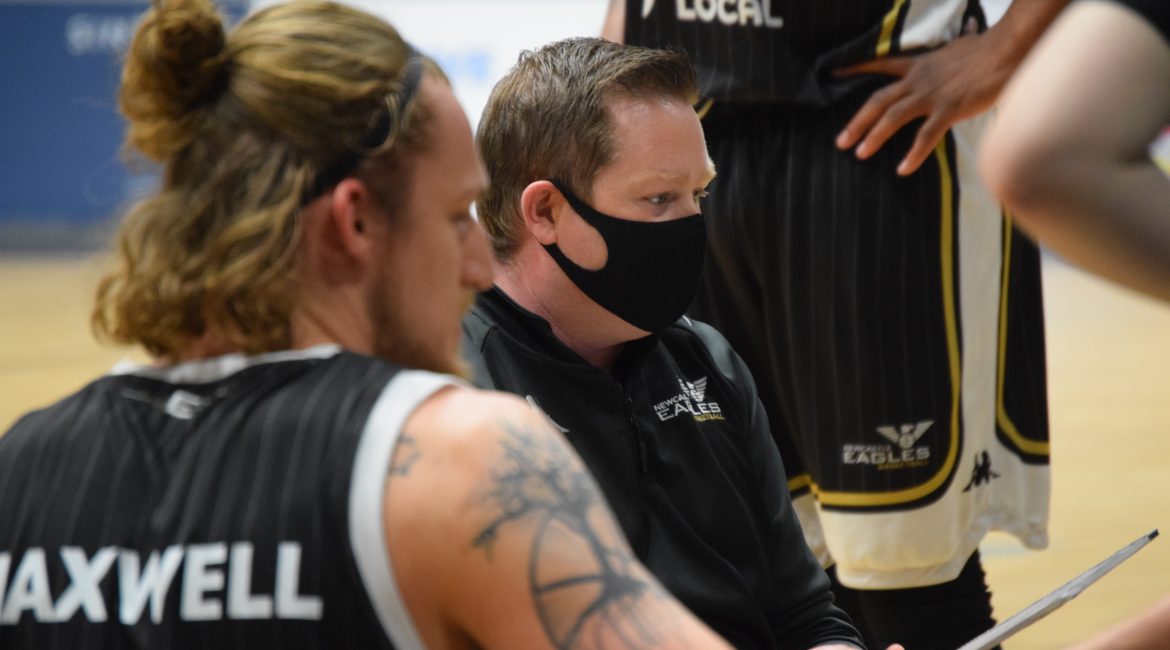 Newcastle Eagles go into tonight’s BBL Play-Off Quarter Final first leg looking to draw inspiration from the Eagles Ladies team. The ladies produced a stunning victory over Leicester Riders at the weekend at the same stage of the WBBL Play-Offs.

Men’s head coach Ian MacLeod started his preview of the Sheffield Sharks clash by paying tribute to his coaching colleague Chris Bunten and his team whose 79 – 73 win has seen them qualify for the WBBL Play-Off semi-finals. A route that MacLeod is hoping his side can take.

“We can certainly take on board what the Ladies did and use it to inspire us. It was certainly one of the biggest results in WBBL history. Thoroughly deserved and proves anything is possible in Play-Offs format.”

The Eagles go into the game having finished their regular season campaign with a defeat on the road in Bristol but that was a game where MacLeod very much had his eyes on the task ahead.

“With the timing of the game we decided to rest Rahmon Fletcher and Darius Defoe as well as ensuring Louis Sayers, Cortez Edwards and Justin Gordon were all on minutes limitations. We would have liked it to have been a day or two earlier.”

“But I think it was a great opportunity for us to experiment and I was very pleased with various aspects of the performance. Obviously, we wanted to win the game, but not at the expense of the restrictions we put on some players minutes.”

“Themba Yabantu leading us with 28minutes, and not looking out of place, was particularly pleasing!”

All at Newcastle are looking forward to the game with the added bonus of having home court advantage in the first leg at the Vertu Motors Arena.

“I think it does make a difference. I think anyone would accept the chance to play at home, and we are in that position for the first leg. We both then travel to Worcester for the second which is a neutral venue. We have a real feeling of optimism and opportunity amongst the group going into the tie.”

The Eagles and Sharks have already met five times this season with the Eagles winning both The BBL Cup games and the first league game of the campaign. But Sheffield showed the sides are evenly matched winning the last two league games on Newcastle’s court.

It means that Sheffield will not fear coming to Newcastle but in MacLeod’s opinion no two games are the same as he contemplates the fixture.

“There always different circumstance, but there is a lot of water passed under the bridge since our last game. The Play-Offs we treat as an entirely new season and opportunity. One we are relishing.”

“I think the keys to the game from our point of view are pace and poise. We must play with aggression but with clear minds. High tempo, smart basketball.”

The action tonight commences live on the Sky Sports YouTube channel at 5:00pm as the best in British Basketball continues to be showcased at the Vertu Motors Arena in the May Madness of the WBBL and BBL Play-Offs before the action moves to Worcester on Wednesday.