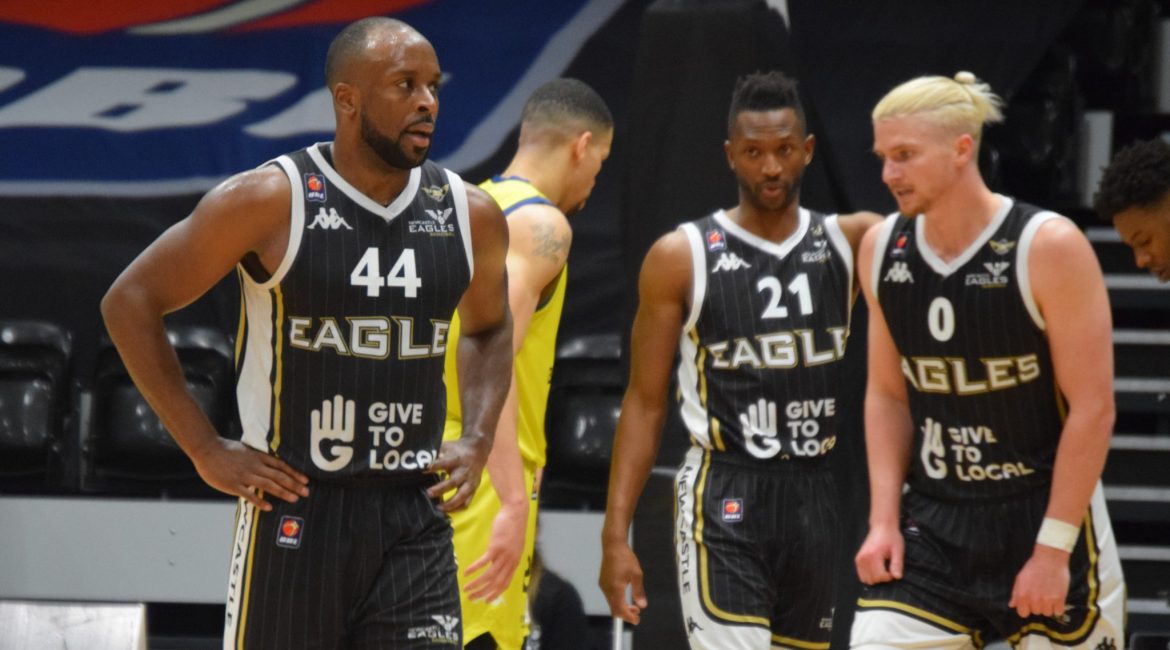 As the clock ticked down on Star Wars Day there was no better time for the Newcastle Eagles empire to strike back.

The playoffs represent a new hope for a side that struggled for consistency during the final throes of a disappointing regular season.

But those inconsistencies were laid bare as the archetypal game of two halves allowed Sheffield Sharks a way back into this unpredictable tie.

And with just two points separating the sides ahead of tomorrow’s second leg, both teams will fancy their chances of sealing a prized semi-final berth.

Given the choice, Newcastle wouldn’t have picked a playoff quarter-final against old foe Sheffield.

The South Yorkshire club knocked out the Eagles at the same stage in 2019 – the last time the BBL’s post-season party took place.

And the Sharks mauled Newcastle twice in eight days earlier this year with the back-to-back Vertu Motors Arena victories that all but ended title talk on Tyneside.

Ian MacLeod’s roster last beat their bitter rivals way back in January at a time when the men in black were playing their best basketball of the season.

Since then, the Eagles’ form has fluctuated wildly as big wins against the league’s top two have been juxtaposed with a series of dreadful displays against the bottom three.

Central to Sheffield’s successive league scalps in the North East was an ability to shut down Newcastle’s Mr Do-It-All, Cortez Edwards.

The all-action guard has dominated the box score for most of the season but his record against the Sharks heading into this tie was abysmal.

Edwards shot a combined seven from 30 from the field in the previous two clashes against Atiba Lyons’ side.

And the former Worcester favourite was restricted to single figure scores in both matches as Sheffield successfully shut down the Eagles’ dangerman.

Unlocking Edwards’ talent would be key to Newcastle progressing to the Final Fours for the first time since 2017.

But not for the first time this season Jeremy Hemsley did a job on the Eagles’ number six during an eye-catching opening quarter.

Edwards was scoreless going into the second period having attempted just one shot against his northern nemesis.

Fortunately, Newcastle were finding points from a perennially reliable source as veteran Darius Defoe went to war with Mike Tuck in an engrossing battle of the BBL dinosaurs.

Back in the starting five and suitably fired up against the Eagles’ fiercest rivals, the experienced forward proved a handful in the paint.

And the Sharks’ failure to contain the league’s most decorated player ensured Newcastle took a 22-20 lead into the second quarter.

MacLeod’s men opened up their biggest lead of the night with three-and-a-half minutes to play in the half after an Edwards and-one had put daylight between the two teams.

The Eagles’ guard suddenly had the measure of his Sheffield jailors and the league MVP contender broke free of his Sharks’ shackles before the half to take nine points, three rebounds and two assists into the third quarter.

Newcastle led 52-40 heading into the locker room but second half collapses have become alarmingly commonplace this season.

And MacLeod will have impressed on his increasingly dominant side the need to knuckle down and dial in to a two-legged tie still very much in its infancy.

Defensive intensity was a hallmark of the hosts’ strong start to the third period with Defoe back on court and Justin Gordon a blindsiding bundle of black and white energy.

But Sheffield did manage to reduce the deficit heading into the final quarter of this keenly fought first leg — albeit by a point.

The Sharks took bigger bites into the Eagles’ lead during a strong start to the fourth period and MacLeod attempted to cull a 7-0 tear with a much-needed time out.

As a tactical move it provided nothing more than temporary respite and Antwon Lillard fired the visitors 75-73 ahead with four minutes on the clock.

And it was only thanks to cool hands Defoe, sinking successive free throws from the bonus stripe, that Newcastle took the narrowest of leads into tomorrow’s date with destiny.