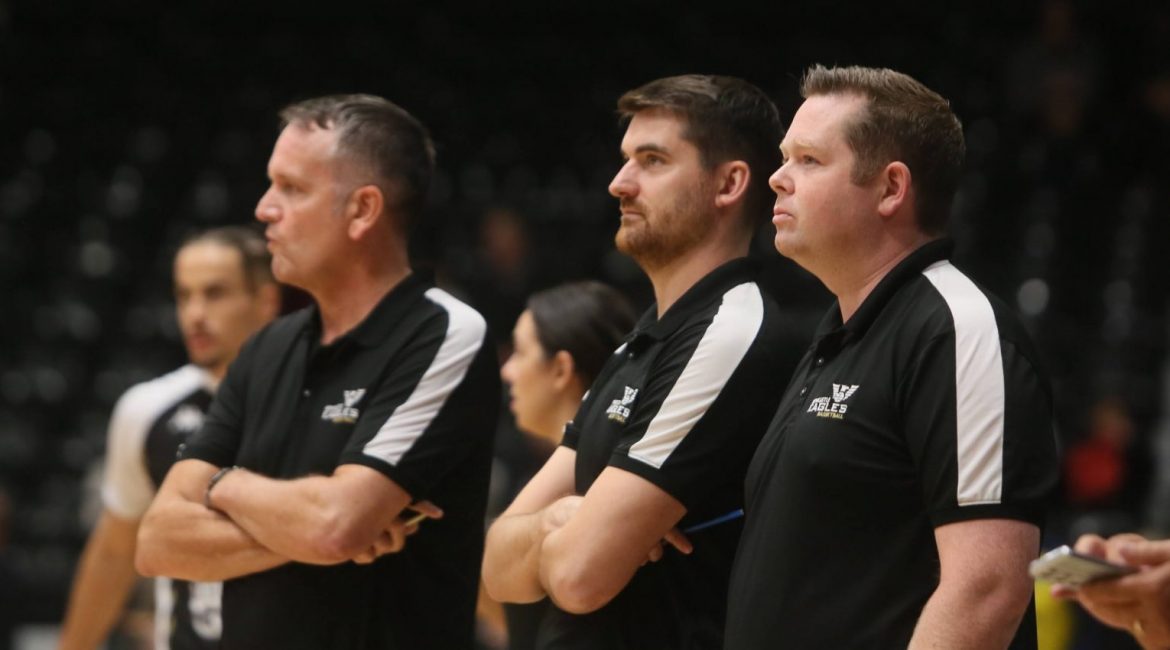 Newcastle Eagles take to the court tonight after a break of nineteen days.

The do so at their home base the Vertu Motors Arena and in front of the Sky Sports Cameras. There will also be a capacity sell-out crowd to witness a vital Championship game.

The Eagles last played down at Plymouth when they made it a double-winning weekend to record their second league win of the season. Being out of the BBL Cup and with an international break it means they have been unable to consolidate those two wins.

Assistant Head Coach Jack Burgess feels that can be taken either as a blessing or a concern depending on which way you look at it.

“It’s probably not the best scenario but we’ve made it work. We’ve been able to integrate Brandon (Peel) into the group a bit more. We’ve also been able to focus on our own game and not worry about the next game looking to build on our two wins.”

“This week we’ve gone back to normal and started planning for the Sheffield game. It’s always tough when you play Sheffield. They are one of the better defensive teams in the league. They are a team that has a set game plan, knows how they want to play and always execute well.”

Sheffield have already beaten Newcastle home and away in the BBL Cup. Early in the season when the Eagles weren’t settled and then just after Covid hit the camp. Burgess though knows this will be a different proposition.

“They are very settled and play to their strength. In Aaron Anderson they have a player averaging seven assists a game that sets them up to play the way they want and I think they’re one of the better teams for not turning the ball over.”

“So, we want to disrupt that get them to turn the ball over more and play to our speed of game to unsettle them. They are a very steady team that likes to play a slower game so we need to up the levels so they have to try and play us at our game.”

It’s never rocket science when coming to assessing the game and judging how the Eagles need to play as Burgess explained.

“We have to focus on ourselves. We’ve had two and a half weeks to work on our game and fine tune it. We need to play to our strengths and keep the pace of the game up at all times.”

As previously said it will be a sell-out crowd and that’s something that Burgess is aware of and thinks can make a difference.

“We’ve had some great crowds this season. It’s my first season here but seeing the atmosphere at first-hand at all games it’s been fantastic and it really helps the whole group to have that support behind us.”

There’s no doubting that all at Newcastle feel this could be a pivotal game. A win and it’s three in a row and it would be a real sounding board for the Eagles going forward.

Tip-off for the much-anticipated clash at the Vertu Motors Arena is the usual time of 7:30pm and it is set to be a sell-out to hurry to buy any final tickets remaining!