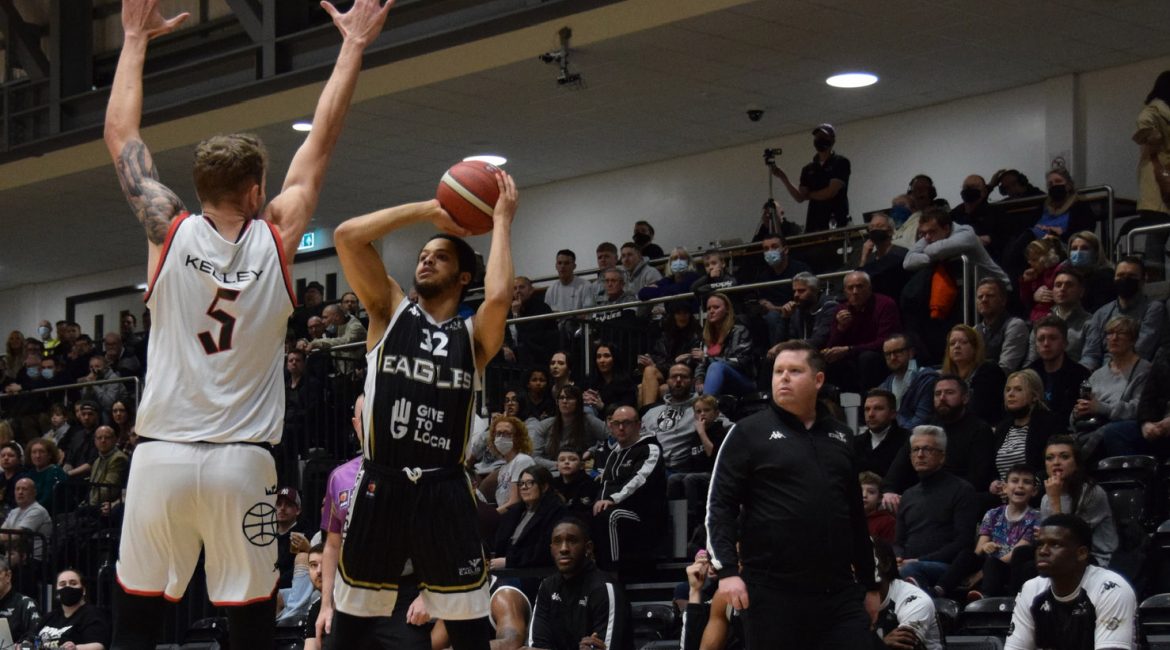 Whilst it’s not quite crisis time for the Newcastle Eagles BBL side there’s no denying a win over this weekend would be a very welcome boost to an organisation that is going through tough times at the moment.

Perhaps tonight’s match-up at home in the Vertu Motors Arena against Manchester Giants is the best opportunity to get that win. Especially with a trip to last weekend’s conquerors London Lions ahead on Sunday.

Not that tonight will be a ‘gimme’ or easy. Eagles lost 88 – 82 earlier this month down in Manchester and also lost twice to The Giants in The BBL Cup Group stage.

Add in the fact that the visitor’s are second top of the BBL Championship and next weekend play in The BBL Cup Final against Leicester Riders and it shows Newcastle face another tough test tonight as Coach Ian MacLeod is fully aware of.

MacLeod started his preview of tonight’s game by looking back at last Friday’s defeat to London.

“London shot the ball incredibly well and we played on the back foot and lacked intensity. We only played in spurts. We locked in well at times and then backed off. A consistent intensity was what was lacking. Not that it wasn’t there at all but we have to learn to do it for forty minutes.”

“It’s not a tactical thing or a technical thing, it’s a mental thing and that’s where we have to be better. We built some good things at times but then we’d break what we’d built and handed the initiative back to London.”

“We have to show more defensive intensity going forward and lock-in for longer. Our attention just waned at times and you can’t do that at this level as the good teams will punish you.”

As ever from The Eagles Head Coach a very honest assessment and he was equally forthright when discussing the remainder of the season with seemingly only a play-off position now to play for.

“The dangerous thing is that we start talking about where we’re going to finish in the league. It’s not about that. We need performances, we need forty minute delivered performances.”

“The last time we played Manchester when I thought we played okay we had about thirty-five minutes of the right performance. It’s now about putting ourselves in a position to win games and doing it over a course of a game and not doing it just now and then.”

“I’m not looking at where we finish, what we have or what the post season entails I’m talking about getting our performances right. There’s a lot of work to do to do that, there really is.”

MacLeod is well aware having lost three times to Manchester this season already how tough an opponent they are and how difficult a game lies ahead.

“They are or were the most in-form and improved team in the league until they lost at home to Plymouth last Sunday. That loss may not have done us any favours as they’ll want to bounce back.”

“They are very steady and play good team basketball. They space the floor very well and we’ve also been expecting them to add another import which doesn’t look like it’s happened yet. So, yes they are a tough team but we have to look at ourselves and what we need to do.”

Eagles expect to run the same roster as last week. That included youngster Sam Mamuini who although not expected to play many, if any minutes, has been rewarded with a place on the bench for his efforts in practice helping MacLeod and his players run competitive sessions.

Tonight’s game, as always, tips off at The Vertu Motors Arena at 7:30pm.

Tickets for the clash are still available on the box office.