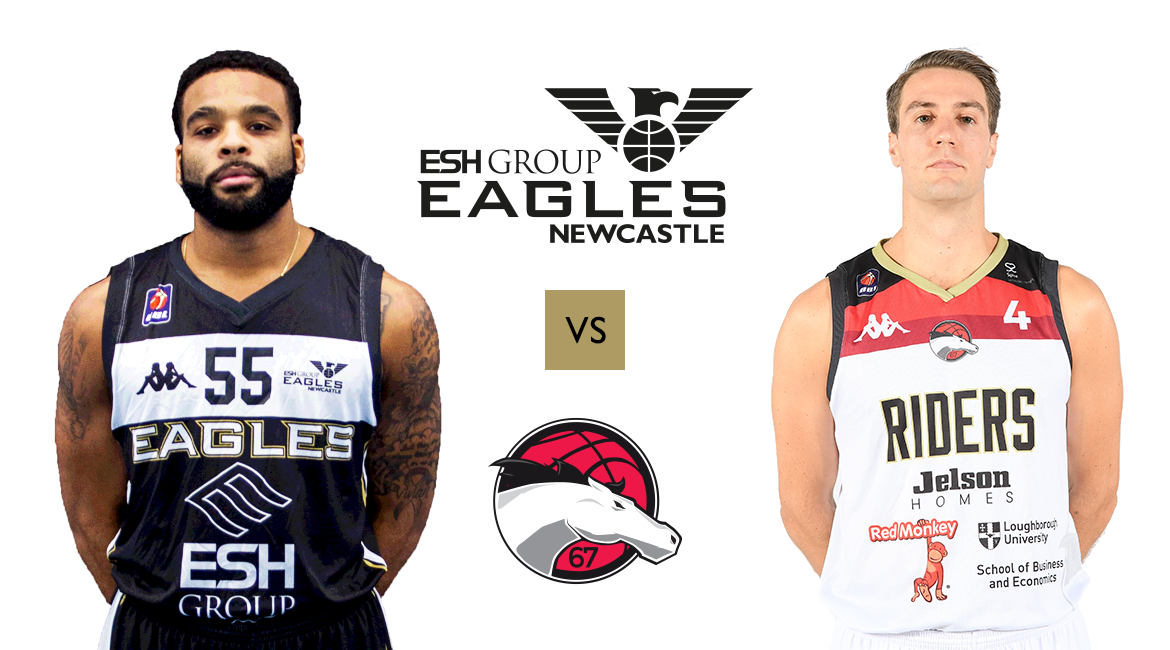 The biggest game in the BBL Championship so far, with no disrespect to the rest of the league’s teams, takes place at Northumbria University Sports Central tonight. Its Esh Group Eagles Newcastle v Leicester Riders, it’s top versus second as it seems to have been for many seasons now, writes Jeff King.

Whilst it’s not quite a season-defining game, it’s still too early to say that, it’s still no surprise that once again it’s The Eagles and Leicester dominating the league standings this season. There’s another incentive for both sides as unusually both are out of The BBL Cup before the semi-final stage, so the Championship becomes even more important.

For this season’s Eagles though it’s a new experience in black and white for no fewer than eight players as they face up to a well-coached, organised and drilled reigning BBL Champions under the astute guidance of Coach of the Year Rob Paternostro.

But for two of those Eagles, Saah Nimley and Jaysean Paige, they go in to the game with nothing to fear as they are the league’s top two scorers. Leicester will no doubt key in on those two as Paige acknowledges.

“I’m sure they will be keying in on Saah and myself. I feel that every week going in to it teams are switching things up against us and we see a different defensive game plan every time. Our job is to play our game, do our job and we can’t be worrying about what they’re going to be doing.”

As mentioned Paige is one of the new Eagles facing up to the Leicester rivalry for the first time but he’s aware of the clashes between the two sides.

“The team’s really looking forward to it too.”

“When you’ve got a game like this you have to be focused just like you should be for any other game, but we know this one’s special.”

As usual The Eagles have been practising hard and watching video on Leicester to get ready for the game and Paige is aware of how different the two sides are in the way they play the game.

“It’s a real contrast in style and that’s why I think it’ll be such a great game. The team’s really looking forward to it too. We’ve had a good week in practice and I feel like everyone is locked in and like I said it should be a good one.”

“Every win is important, and every game is important. We came back well last week after a two-game losing streak and we want to try and take another step forward and build on that and we’re just going to play our game and do what we do.”

This is The Eagles last home game before the Christmas break and it would be an early present for the whole franchise if they could take a win tonight as Paige concluded.

“I’m looking forward to Christmas and the break, but it’ll look a whole lot better going in to it on the back of a win.”

Tickets are still on sale for this game.