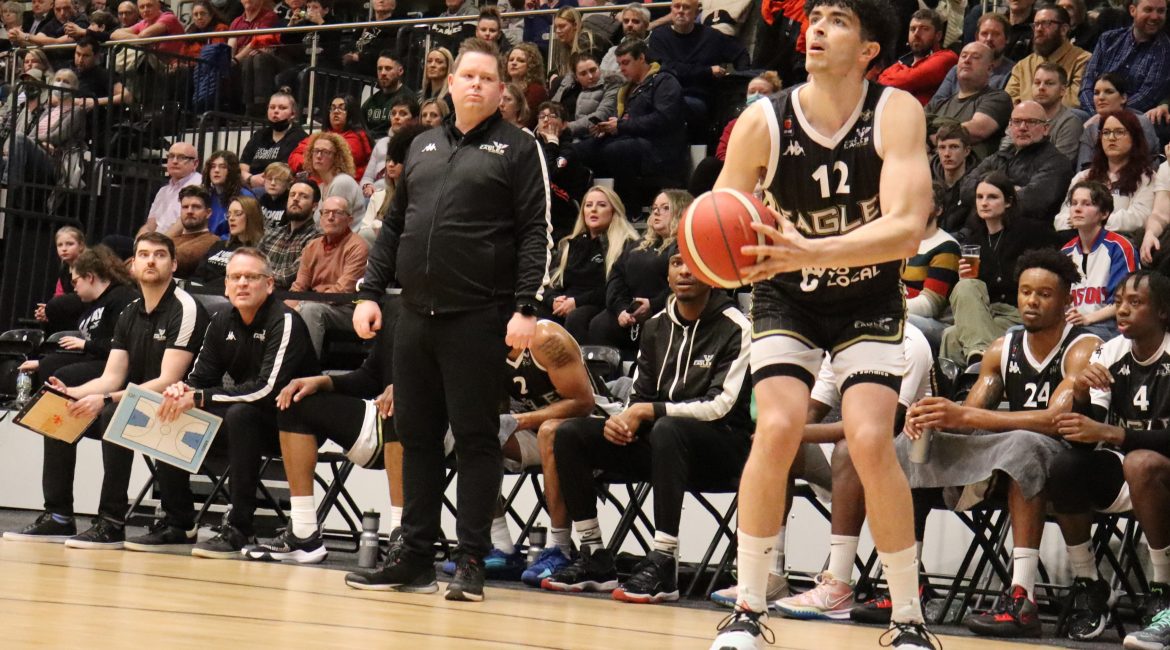 It could be an emotional night at the Vertu Motors Arena tonight or it could be the start of another glory run.

Such are the permutations as Newcastle Eagles face up to one of their biggest BBL rivals in the Glasgow Rocks.

The simple formula is that a Newcastle lose means it’s not only the last home game of the regular season, it’s the last game of the whole season. A win and a Plymouth loss against Leicester at the same time and the Eagles are still battling for a play-off spot.

That would come to a final game shoot-out at the Plymouth Pavilions on Sunday afternoon. Should the Eagles beat Glasgow and Plymouth were to beat Champions Leicester then Sunday’s game becomes an irrelevant affair.

All questions and conundrums Head Coach Ian Macleod contemplated as he previewed the game by first reflecting on the Easter away trips that brought a win at Surrey and a loss at Bristol.

“It was good to get back to winning ways at Surrey, and I felt we did some very good things at Bristol (A difficult place to go at the best of times) but it was disappointing not to come away with the win. The mood is good and we are ready to give it our all this weekend.”

“Rocks have been on a decent run of form lately and they will want to continue to perform as they go into the playoffs. I don’t think previous results will mean much come tip off.”

Macleod referring there to the fact that his Eagles side have already beaten Glasgow twice this season going into tonight’s must win game that has to be his side’s sole focus.

“We have to beat Glasgow. Then we can concern ourselves with Plymouth. This is the only way we can think right now. Of course we want to close out the regular season at home with a win. It has been a difficult year and we are grateful for everyone who has supported us through thick and thin.”

Glasgow have many potent weapons in their arsenal, not least of which are their backcourt guard duo of the two Jordan’s, Johnson and Harris who Macleod is wary of as he talks about the keys to the game.

“Harris is an incredible athlete and scores a high percentage of his points in transition. That will be huge for us. Not allowing Jordan Johnson to draw fouls and get to the foul line will also be a huge key.”

“Game plan execution is the key. We have been better in this regard the last couple of games, with ball security and a high number of assists. The same will be important tonight.”

So, will it be an emotional farewell for Macleod and those players destined not to return or will it be one last hurrah and into the play-offs? Clearly Macleod is still positive and looking on the high side as he paid tribute to the faithful Eagles fan base.

“There is work still to be done and the players need all the support out there we can give them. New things are on the horizon but we must now focus on supporting them in the best way we can, and hopefully grabbing a win.”

Defiant words from a Head Coach that clearly believes his side could have one final sting in their tail. Time, especially forty minutes of it, will tell as the two sides tip-off in this crucial clash at the usual time of 7:30pm.

At time of writing just a limited number of tickets were still available in the North and South stands from the box office and fans can watch live on Sky Sports Action (with subscription), Mix (free for Sky customers) and YouTube channel (free for all).