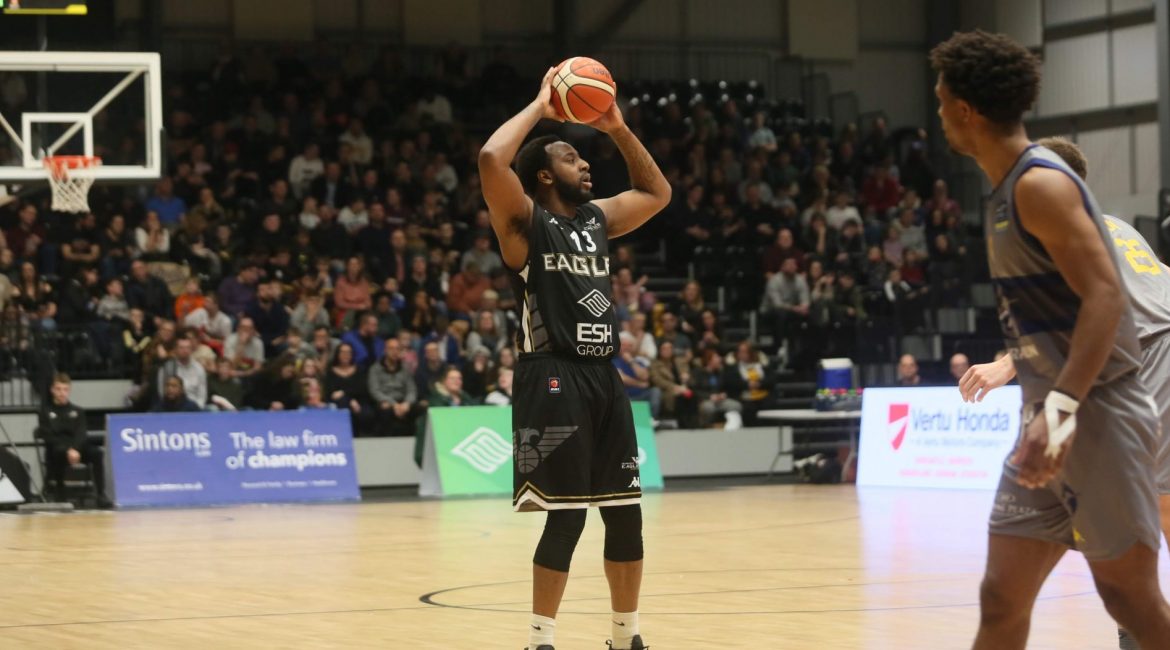 Darius Defoe can become a beacon for young British talent considering a career in the BBL according to the latest coach to benefit from the forward’s enduring talent.

The popular veteran joined Newcastle Eagles as an unheralded teenager in 2005 and has spent his entire career in a black and white vest.

Defoe entered the 2020s as one of the most influential figures of the past decade with league leading numbers across the board.

And Newcastle’s interim head coach Ian MacLeod admitted: “His growth as an Eagle in the BBL makes him a unique individual.

“Darius made the brave decision to move from London to the North East as an 18-year-old all for the opportunity to learn the game and develop as a player.

Prince Prepares To Roll Back The Years
June 8, 2022

“He didn’t come here for guaranteed playing time or massive money. He joined Newcastle because he saw it as a golden opportunity.

“He wasn’t a college graduate with big numbers but he developed as a player under the guidance of Fab Flournoy, Lynard Stewart, Charles Smith and more.

“And during the previous decade he became one of the most important and influential players in the BBL.”

Defoe won 13 trophies from 2010 to 2019 but that haul of silverware tells only part of the story.

As professional off the court as he is powerful on it, he has become a permanent fixture within the North East’s sporting community.

And there is an argument for describing the frequently underrated 35-year-old as Newcastle’s greatest ever player.

And MacLeod added: “To watch his journey from 2005 to where he is now has been incredible.

“There is a view among younger players that ‘the grass is always greener’ but Darius never lost sight of what a fantastic opportunity he had been given here.

“I would never stand in the way of a talented British player taking the US college route if that’s what they wanted to do.

“But I see the homegrown talent playing in the lower divisions in Europe and wonder why they don’t look at what Darius has done in the BBL.

“He’s a beacon for young players considering a professional career back home.”

But MacLeod added: “That’s the joy of working with a guy like Darius – whatever the situation he will always ask ‘what do you want from me?’.

“And he’ll do it. He is super-efficient, recognises his role and will give 100% whether he’s starting the game or coming off the bench.

“He’s also become a fantastic role model for the younger guys on our roster. He’s taken Themba Yabantu under his wing and you’ll always see those two together.

“Players coming through can learn so much from Darius and what he’s done.”

Newcastle experienced mixed fortunes during the festive period – a crushing defeat at the hands of arch-rivals Sheffield followed by a stunning victory at Glasgow Rocks.

The Eagles should beat Dunfermline with room to spare but the first fixture of 2020 affords MacLeod a golden opportunity to hand key minutes to bench players keen to make a greater impact in the second half of the season.