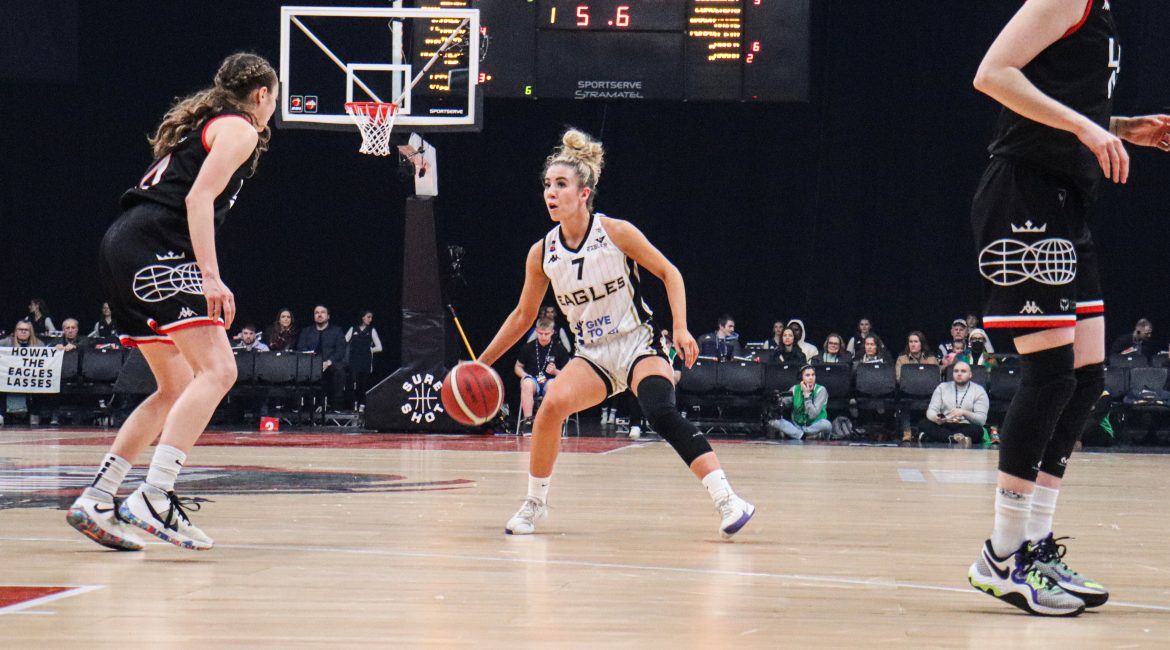 But the phased return of Eadsforth-Yates could hand the women in black a timely boost as the Tynesiders bid to bounce back from last weekend’s battling defeat to Sheffield Hatters.

“It looks like Jess will be able to help us out by playing a few minutes this weekend,” confirmed Cacheiro.

“The plan is to bring her back against Gloucester and see how she gets on.

“She’ll play a few minutes on Saturday and then we’ll see how she feels the next day.

“There aren’t even 24 hours between our two matches this weekend and even our fully fit players will find that tough.

“With Jess we need to ease her back and we simply won’t risk her against London if there are any doubts about her fitness.”

Although Cacheiro has one eye on tomorrow’s fixture against London — a repeat of January’s WBBL Cup final — the focus for this weekend has always been on a winnable match against expansion franchise Gloucester.

And the Spaniard saw plenty of positives in defeat against Sheffield during a match the former Eagle identified as perfect preparation for the Queens’ clash.

“We played the third best team in the league last weekend and we were always going to be up against it,” she added.

“Plain and simple we don’t have enough players right now to compete with the best teams across 40 minutes.

“Until the new players we’ve introduced are ready to match up at WBBL level we have to rely on two rotations to play the bulk of the minutes.

“When we have those players who train every week, with WBBL experience, on court we’re a good team.

“But I’m asking those players to play a lot of minutes and that impacts on the level of our performance over the course of four quarters.

“We saw that against Sheffield but there were times when we did compete and if we’d played to that level at Essex a week earlier we might have got something from the game.

“I’ll be looking for the same level of performance against Gloucester and that should be good enough to get a result.”

Although Eadsforth-Yates is set for a welcome return it seems unlikely that Rachael Bland will be back in an Eagles vest this weekend.

The popular Wearsider limped out of Newcastle’s derby defeat against Durham in January and Cacheiro added: “We’re hoping to see Rachael back by the end of the month.

“We have The Big One against Caledonia Pride coming up on March 25 and she’s targeted that match for a potential comeback.”

Newcastle sit ninth in the WBBL Championship table — one place outside the playoff spots.

But the Eagles’ 4-8 record betters 10th placed Gloucester’s 3-10 return and tonight’s clash (7.30pm tip) is a golden opportunity to get points on the board.