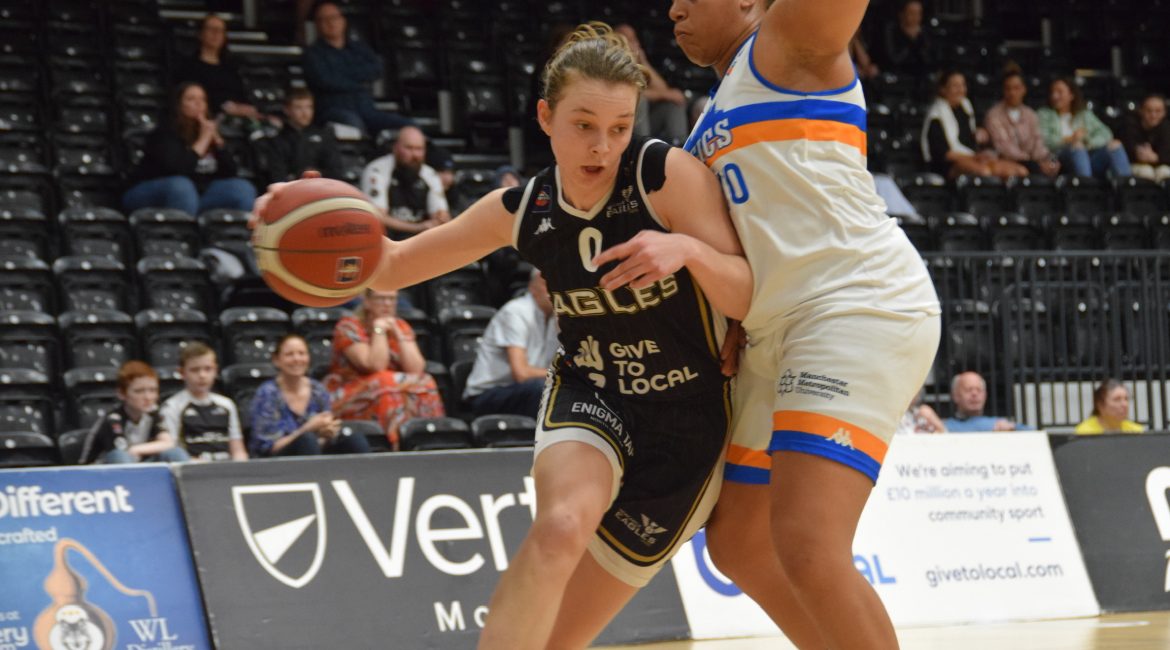 The Eagles face a homecourt double header this weekend with nothing less than maximum points required to keep Noelia Cacheiro’s side in the playoff picture.

“You look at the league table, the league position of our opponents and the fact that we’re running out of games and you understand this weekend is crucial,” she said.

“In fact, forget this weekend — we need to win all of our games now if we’re going to guarantee a playoff place.

“But I believe we can do it and that’s the way we’re thinking as a team.

“We’re mentally prepared and physically ready for back-to-back games in front of our own fans.

“Two games in two days won’t be a problem.

“We all feel good and we all feel confident we can keep our season alive.”

Newcastle were convincing winners in Gloucester last month but Cacheiro will be missing two of the team that overcame the Queens that day.

Eagles officials have confirmed both Jessica Eadsforth-Yates and Ori Chukwu-Etu have left the club with immediate effect.

And that leaves Cipcic and co. under even greater pressure to seal that top eight spot as short-handed Newcastle go in search of a first win in four.

“We know we can beat Gloucester and that’s our number one target right now,” added Cipcic.

“Durham will be tough and of course Abby Lowe will be back at the Vertu Motors Arena.

“Some people are surprised at just how well she’s played since moving to the Palatinates but not me.

“When I knew I was coming to Newcastle I watched some videos of the team and Abby was outstanding at the end of last season.

“I’m not surprised at all that she’s gone on to do so well with Durham.

“I think she just needed to move clubs to find her freedom as a player again and she’s playing some of her best basketball right now.”

The Palatinates enjoyed a confidence-boosting win against Oaklands Wolves earlier this week.

And Cipcic knows exactly where tomorrow’s regional bragging rights will be won and lost.

“It will be a physical battle in the paint but we’re also prepared to run with them this weekend.

“In many ways they play the game like Caledonia so we should be ready for whatever they throw at us.

“Personally, I’m looking forward to what should be a great game.”

Circumstances have demanded Cipcic play an increasingly key role for the women in black.

But one of Cacheiro’s most diligent players is loving every minute of a demanding run of fixtures for the under-strength Eagles.

“Losing games is never great and of course the results we’ve been getting have messed with my head,” added Cipcic.

“But in spite of everything I’m loving being in Newcastle and representing the Eagles.

“I know that might sound ridiculous given the fact we haven’t won for three games and it’s hard to explain.

“But when I’m out on court and in the moment there’s nowhere I’d rather be than in a Newcastle vest.”

Tonight’s clash against the expansion Queens tips off at 7.30pm with tickets available on the door. Durham visit the Vertu Motors Arena at 6pm tomorrow.