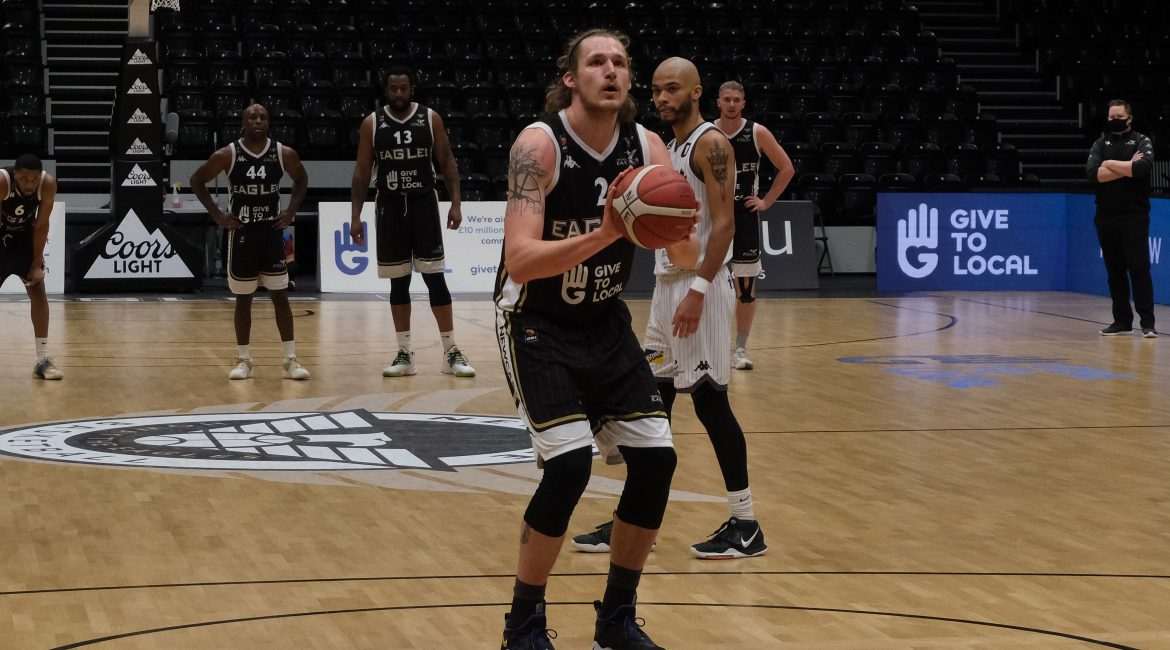 Newcastle Eagles fly into Surrey Sports Park tonight looking to get back to winning ways and consolidate their top four spot in the BBL. Their chances of lifting the league title this season all but disappeared last Friday night with a loss at home to Leicester.

The Riders who look short-odds favourite to take the Championship defeated Newcastle 73-99 to leave head coach Ian MacLeod a disappointed man. MacLeod was honest following the defeat as he planned a week of practice for his charges before tonight’s game against Surrey Scorchers.

“It was a disappointing night against Leicester. The game was won and lost on the defensive end. Offensively we did okay. We scored 73 points and you’d expect to be in the basketball game when you score that many but defensively we weren’t tough enough.”

“Riders scored 71% of their shots inside the two-point area. I can take that if we have players in foul trouble and are competing and trying to make big plays. But we didn’t and that’s a combination we just can’t have.”

“We had elements of toughness but it was when we asked for it. It shouldn’t have to happen that way. It should come from within and be automatic and it has to be from the start and we have to have more at the defensive end.”

Honest words as ever from a Head Coach not afraid to admit frailties when they occur. Crucially though it how the team bounce back from adversity as they very much want to finish in the top four spots to secure home court advantage in the end of season play-offs.

“Whether you win a game or lose a one you can only do the next thing and that’s move on and start preparing for the next one. We had to fight in practice, ask a few questions of some of the players and see who would stand up and be counted.”

“A lot of what we need to sort out comes from within and having your switch always on and not just when it’s asked or demanded of you. That’s what we all need to do and what we’ve concentrated on this week in practice.”

Surrey Scorchers are the team that stand in the way of the Eagles getting back to winning ways. The southern outfit have had their own problems this season and numerous personnel changes on the playing front. MacLeod though knows it’s still going to be a tough game.

“It’s been a great week of training, we competed like I wanted is too and worked hard. It’s now about transferring that to the game. Surrey are a talented team who like to play fast and are capable of putting up big scores.”

“They have made a few changes in the last couple of months and I think they are a more balanced team for it. They only lost by three at Leicester on Wednesday so that shows the toughness of our task.”

“If we want to get back to winning ways it’s primarily about our defence. A committed and cohesive defensive unit is the foundation we need to build from and then we go from there.”

The game at Surrey tips off at 6:00pm and is a game the Eagles really need to win to get their momentum going as they look towards the end of the season.

Fans can watch live on the BBL Player with coverage starting from 5:50pm.