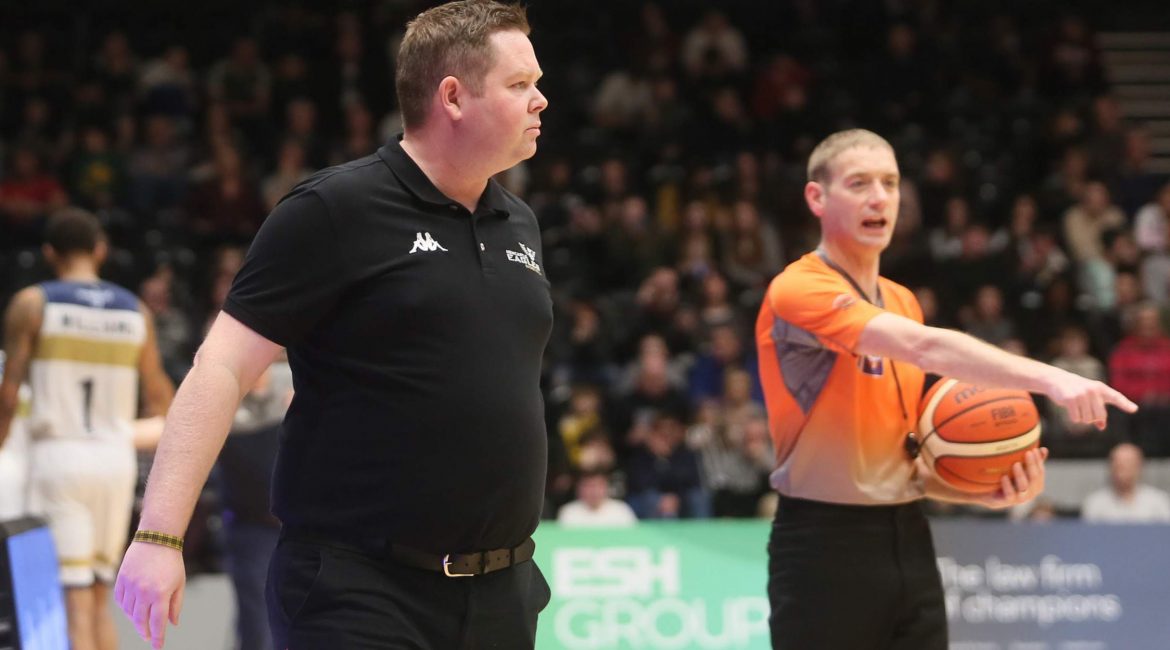 The Newcastle Eagles will go into this afternoon’s crucial BBL Championship fixture at Sheffield Sharks with the words of Head Coach Ian MacLeod ringing in their ears. The Eagles play-caller was far from a happy man in the aftermath of Friday’s home fixture.

That game saw his side take a heavy 95 – 79 Championship loss at home in front of their own fans against Worcester Wolves in a performance that was nowhere near the standards MacLeod expects from his side.

“We scored 79 points, that is not the problem. We gave them 53 points in the first half, that’s what caused us the problem. Defensively I thought we were very naive. We have to be tougher and what toughness is, making difficult decisions under pressure.”

“Toughness is not pounding your chest; it’s making smart and tough decisions and I think tonight our decision making was just not good enough. It was average at best offensively but it was very poor defensively.”

At times it appeared that it was a team-oriented Wolves team against an individual based Eagles side as the Worcester side dominated throughout and had no fewer than six players in double figures at the end of the game. Newcastle by comparison only had three.

MacLeod knows he and his players have to pick up their level of performance when they face Sheffield as another defeat would mean three on the bounce and give them a mountain to climb in the Championship race.

“We have to not just hit the reset button we also have to have a bit of mirror-time. Everyone has to ask themselves what can I do to affect this. I think the cohesion has to come defensively. Go back a couple of games. When we’re playing good D, we look good out on the break.”

“It’s about unity defensively. Small things like communication. We’ve got to put ourselves in positions where our decisions become easier and better. We string three or four really good things together and then follow it up with two or three really bad ones.”

“We changed a lot of things tactically tonight because we’re really searching for five guys on the floor that can give us consistency which we need massively and we didn’t quite get to that and that meant we lacked cohesion.”

The Eagles were once again with our top scorer and rebounder C.J. Gettys as well as guards Drew Lasker and Eddie Matthew and whilst there is no doubt all three were missed, MacLeod wouldn’t use it as an excuse.

“We will not use our injuries as a reason for defeat. Whether C.J’s foot is hurting or not doesn’t affect our decision making. You’re the guy on the court, we’re in the moment make your decision be tough with that decision and it’s also about a lack of focus at times as well.”

Clearly MacLeod was not a happy man after Friday’s loss but he was also not downbeat. With Leicester losing to Bristol and this afternoon’s opponents beating Manchester he knows a win down in Sheffield can get his side back in the running.

“Every team in the league seems to be saying where’s the consistency. One team wins one week and loses the next. Everyone is searching for that consistency to set them apart. For us it’s about forgetting that league table and putting consistent performances on the floor.”

Newcastle are a week away from the BBL Trophy Final against Team Solent in Glasgow and MacLeod doesn’t want to go into that game on the back of another defeat.