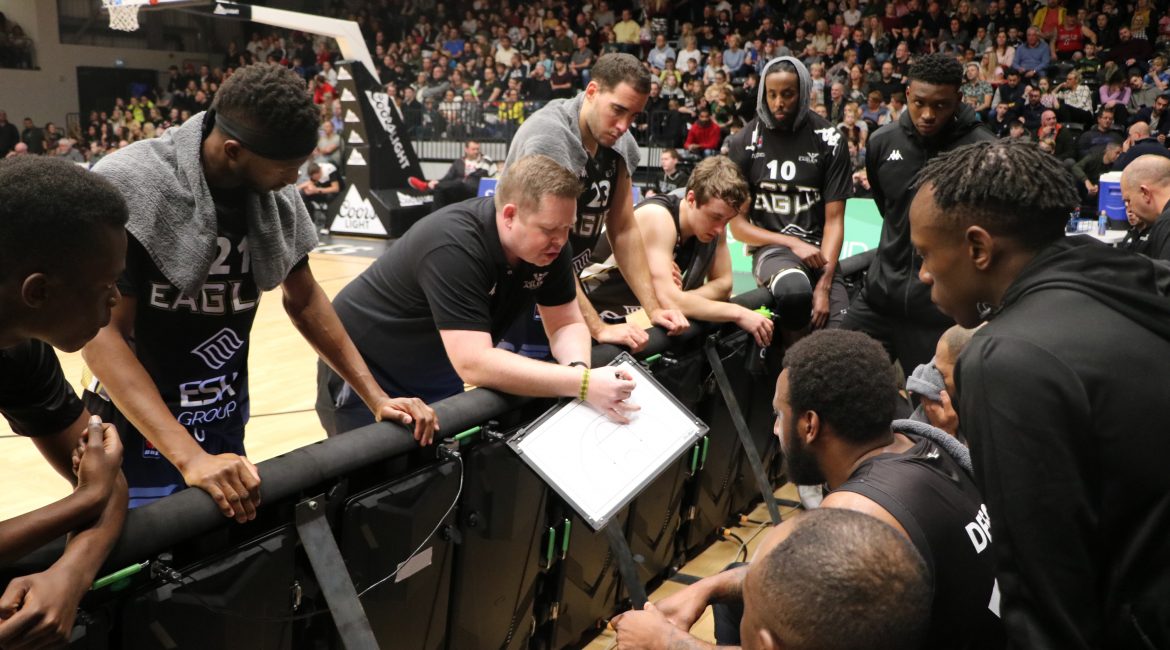 Ian MacLeod has revealed his players are relishing an early opportunity to exact revenge on fierce rivals Sheffield Sharks.

Sheffield sneaked an unlikely win in the closing stages of a sell-out clash at the Eagles Community Arena.

And ahead of tonight’s hotly anticipated rematch in the Steel City, MacLeod admitted: “I’m 100% glad that we’ve only had to wait a week to put things right.

“We’ll go there determined to maintain a high tempo for 40 minutes and make sure we put them on the back foot.

“We’ve already learnt from last week and we move forward.

“I have to praise the players’ response – they’ve been coming into practice 90 minutes’ early this week to work on what we need to do.

“This team is still learning and building doesn’t always have to be about success. A lot of growth occurs during adversity.”

Although a brace of overtime defeats at the Eagles Community Arena this season is a cause for concern, MacLeod refuses to push the panic button just two months into his Newcastle reign.

And he added: “We’ve got so much more to give.

“We’re nowhere near where I want us to be and so it’s important to view those overtime defeats in the right context.

“In terms of being settled and consistent at this stage of the season Glasgow and Sheffield are ahead of us right now.

“But if defeats and mistakes are going to happen then I’d rather it was at the beginning of the season, instead of down the stretch.”

MacLeod could well shuffle his pack in Sheffield with Mike Morsell declared fully fit and in contention for a recall to the starting five.

The rookie forward enjoyed a stunning start to his BBL career before picking up a hamstring injury against the Rocks last month.

“It’s been frustrating missing the last month but I’m 100% fit again,” added Morsell. “I’ve been able to watch the rest of the guys come together and the camaraderie and chemistry within the group is great.

“We just need to finish teams off. We should be 6-0 at this stage of the season. We should never have dropped those two OT matches.”

Tonight’s clash with a 7.30pm tip is live on the BBL’s YouTube channel: