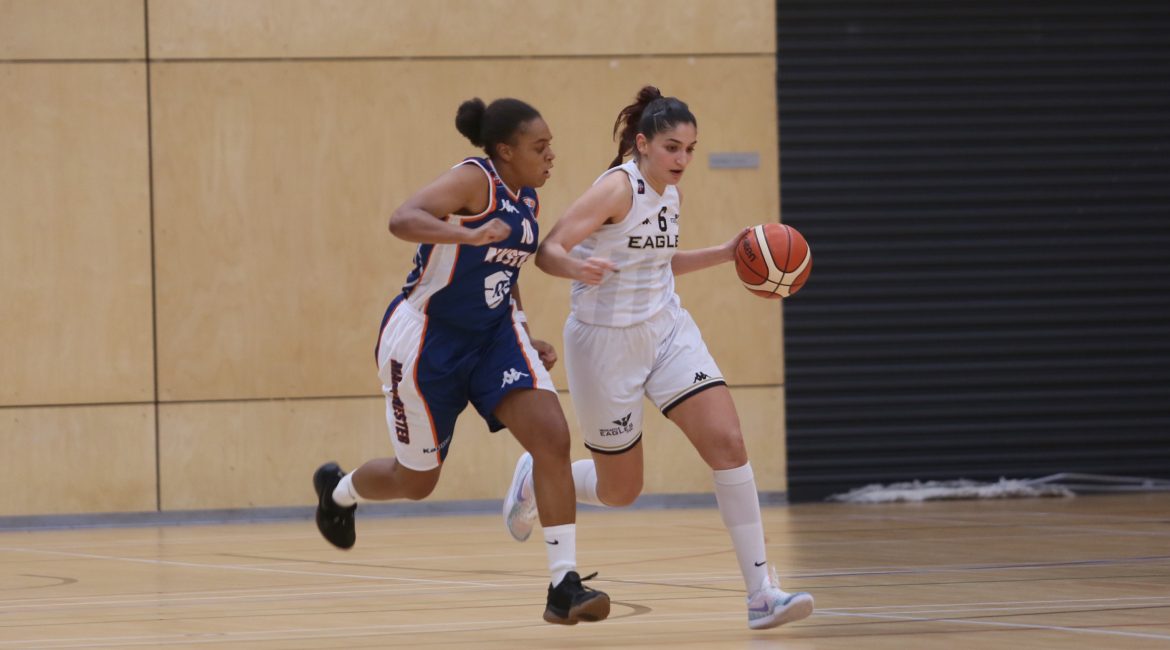 The ‘Axe’ has been cutting down opposition defences all season and averages an impressive 14 points per game.

And the red hot Bulgarian will start against the homecourt Hatters determined to avenge Sheffield’s Sport Central win earlier this season.

“They’re a good team and they’re already through to the cup final but we match up well,” said Axentieva.

“It will be a tough test against Sheffield but they’re a good fit for the team we can put out this weekend and we’re going into the game on the back of two solid wins.

“Things have gone well in training this week and we have Steph Gandy back to face her former club.

“We know their players inside out and we know what to expect. We just want to go out there and play to the best of our ability.”

And head coach Chris Bunten had hoped to field a full roster in the Steel City.

But in a cruel twist of fate those hopes were dashed due to two players being involved in a minor car accident earlier this week.

“Rachael [Bland] was driving and Gerda [Morkunaite] was a passenger when they were involved in a collision,” explained the Newcastle playcaller.

“Both of them are fine but they suffered whiplash injuries and they’re out of the equation this weekend.

“We’re also without Adonia Lewis as she’s ill and so we’re down to seven fit players when I’d hoped we’d be at full strength.

“Steph coming back gives us some extra height and so we’ll be playing on that strength when we take on the Hatters.”

Bunten and a handful of his WBBL stars will be at the Eagles Community Arena tonight to celebrate the opening BBL fixture at the club’s new home.

But the focus remains on giving hot favourites Sheffield a tough ride in South Yorkshire.

“We needed the two wins last weekend and they’ve given everyone a lift,” added Axentieva.

“We’ve got some momentum now and we want to carry that into the Hatters game.

“The coaching team prepared us so well after the Christmas break and the players stuck to the gameplan.

“It’s a case of doing it all over again this weekend but if our mentality is right then we’ll be a match for Sheffield.”

Today’s clash tips off at 3pm.