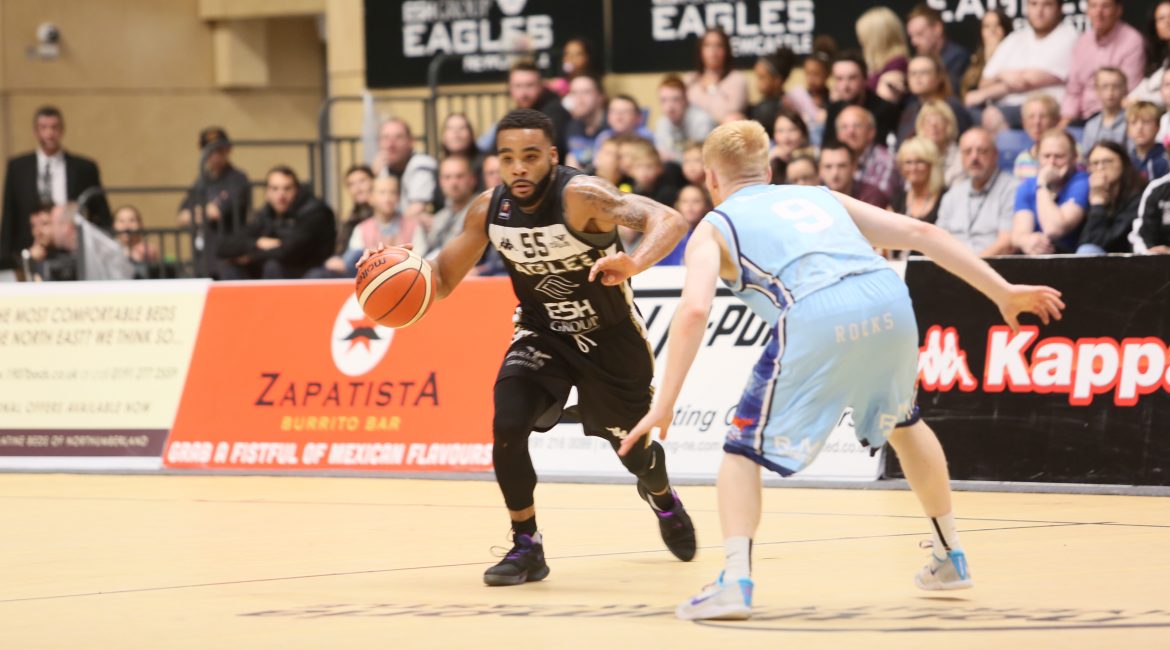 After another stunning offensive display on Friday night when Esh Group Eagles Newcastle recorded a 119 – 104 over Glasgow Rocks, making it 21 consecutive competitive wins over their Scottish rivals, The Eagles face a quick turnaround with a trip to Manchester Giants this evening, writes Jeff King.

The deadly Eagles back-court duo of point guard Saah Nimley who netted 37 points and shooting guard Jaysean Paige with 33 points combined for a staggering 70 points. It was however Paige’s all-round game that included 7 steals that just edged him the MVP award on the night.

Paige was in fine form after the game as well as he summed up his home debut and looked forward to the trip to Manchester.

“I was happy with the win but we need to put it behind us and be ready to move on to another important road game on Sunday (today) against Manchester. I feel I played well but I was more satisfied with getting our first W at home and improving to 2 – 0.”

“I thought we played well as a team but need to improve a little more defensively to take the next steps together as a team.”

Sentiments expressed that seemed shared by the majority in The Eagles’ camp and whilst a win is always the aim, sometimes the manner of the performance is also important.

Head Coach Fab Flournoy always prides his team on their defence and conceding 104 albeit in a win certainly gives him, his coaching team and the players something to work on in the early days of the season.

Paige is aware of that after mentioning that in his assessment and as he looks forward to Manchester this evening.

“We just need to focus on playing our brand of basketball and doing what we need to do and doing it the right way and we will be just fine.”

If The Eagles do pick up a win in Manchester they will return to Sport Central next Friday to face the impressive London Lions who have won their first three games of the season. It could be a classic match-up and an important early season for both teams.

What may well help The Eagles in that game is their superb home support, a factor that Paige is very much aware of.

“There was a great atmosphere at Sport Central on Friday. I want to thank all the fans for coming out and supporting us. Hopefully they can keep it up throughout the season and give us that extra energy great environment as they did on Friday.”