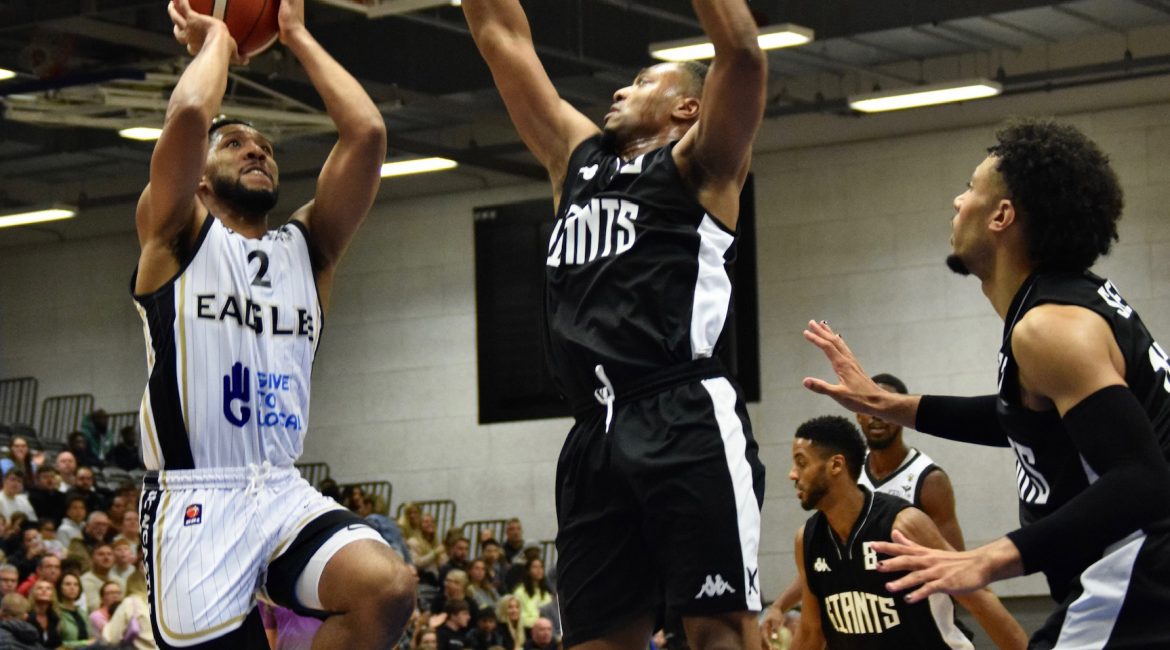 Newcastle Eagles head to Manchester this afternoon to contest their first game of the New Year looking to get back to winning ways.

They go into the game on the back of three consecutive defeats, the last being on Tuesday at home against Cheshire Phoenix 74 – 77.

Their opponents, The Giants, await and it’ll be another tough, tough test for Head Coach Ian MacLeod’s men against perhaps the most improved team in The BBL. Manchester sit second in the table and have also qualified for this month’s BBL Cup Final against Leicester Riders.

Their latest victory came last Thursday against the very same Cheshire side who had won at the Vertu Motors Arena 48-hours earlier which underlines the size of the Eagles task today.

American guard Wesley Person Jr. spoke about the Cheshire game which saw Newcastle come back from a sixteen-point deficit at half-time to produce a thrilling effort that almost saw them take what for lengthy periods looked unlikely and proved to be in the end.

Person Jr though had one of his best games yet for Newcastle netting twenty points personal to lead the side and showed that he has the potential to be a big player in this league. He’s determined to make his mark in the second part of the season.

“Man, that was a great effort by all the guys. We were down sixteen to twenty but we showed resilience, stayed together and kept our heads mentally and almost pulled off a great fightback.”

“We played well defensively, excluding the first quarter, which helped us get back in the game and finally our offence got clicking. We were a bit stagnant at first. Cheshire and Larry Austin in particular did a really good job of taking us out of our actions.”

“In the second-half we slowed it down and got back to our pace of play and we were able to go on some runs that got us back in the game and pulled it out.”

“We just came out flat in that first quarter. We’ve struggled with that throughout the season. We’ve yet to throw the first punch in many of our games and they came out really well, were hitting shots and our defence wasn’t clicking.”

“But in that second half it came together and we started getting more fluidity in our offence as a result. It meant we were able to get some good looks and shots and some easy baskets at the rim which got some rhythm back into our game.”

Person Jr led the team in scoring but was as much of a spark on defence as well as offence and certainly played his part in that second-half comeback.

“That’s when we’re at our best when we’re able to get stops and then play out of transition. We’ve got a small team but we’re fast so when we get stops and rebound well we can get out and score in transition which boosts our ego on offence and comes from our defence.”

Ultimately though despite the second half efforts it was a third consecutive loss and Person Jr knows they have to look to bounce back this afternoon in Manchester.

“We definitely saw some positives in the second half against Cheshire. If we can carry on with that defence I think we’ll be fine. It’s going to be another tough match for us. They’re a good side and they’ll probably play like a lot of teams have done against us with two bigs.”

“If we can gang-rebound as a team and continue to play team defence like we did I think we’ll be fine in our match-ups and give ourselves a real chance.”

Eagles will be hoping to have Corey Johnson back in the side who missed the Cheshire game due to COVID protocols but Louis Sayers faces a late race for fitness after his game-ending injury in the second quarter against Phoenix.