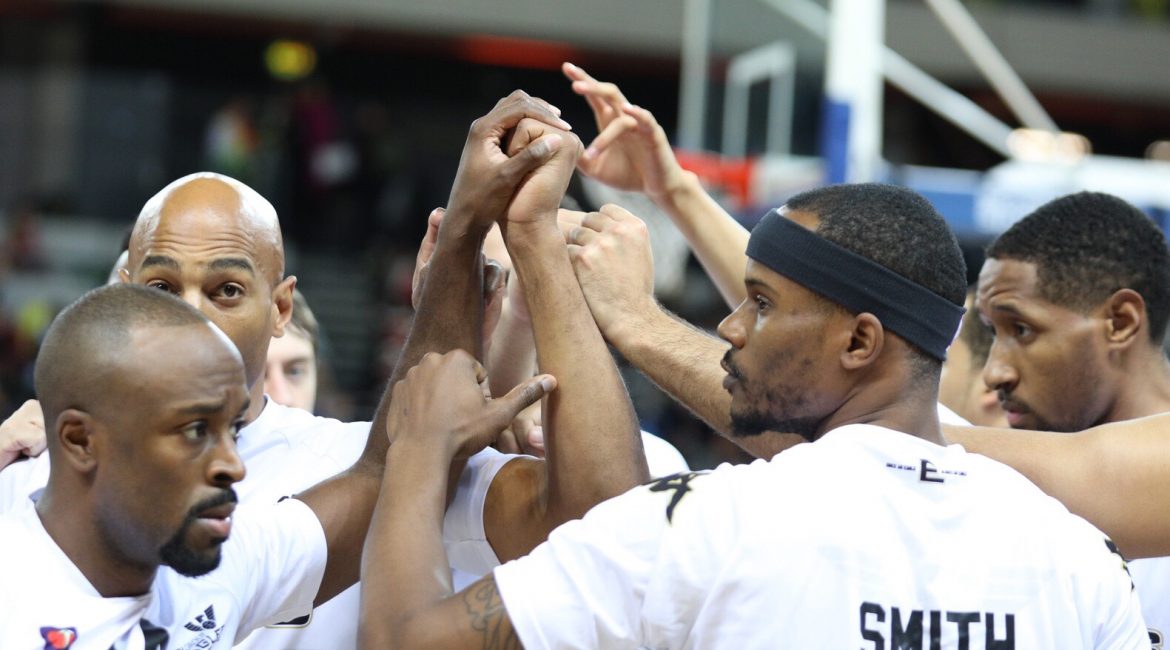 It was a great start to another tough and vital weekend for Esh Group Eagles on Friday night when they shot down the Bristol Flyers 82 – 64 in the Eagles Community Arena to maintain their top four BBL Championship challenge.

Today the Eagles take the trip across country to the North West to take on a Cheshire Phoenix side that are a very difficult proposition on their own Ellesmere Port home court. Newcastle though go in to the game in good heart and full of confidence after Friday’s milestone victory.

It was a game that saw front-court big-men Victor Moses and Darius Defoe show their strength and presence in full as both brought up commendable achievements in the same game as they led their side to victory. Moses went through the 1,000 BBL points barrier whilst Defoe’s achievement was really special.

The veteran forward who is in his fifteenth BBL season and playing as well as ever not only snatched the six rebounds needed to take him through the 3,000 career rebounds barrier, he added another four to go with his 15 points for a superb double-double throwing in five assists as well.

He was pretty pleased with his own and his team’s work on Friday as he looked forward to this evening’s game in Cheshire.

“It was a really good win. We’ve been practising all week on our defence and that was the key tonight. We brought it in to the game and it was a fantastic transition from practice to the game today. The first five minutes e started from the jump and set a tempo up.”

“It then makes it easier for everyone coming off the bench to keep that momentum going and it shows how important it is to get off to a good start.”

Defoe combined with Moses to put up 35 of the Eagles points as well as many rebounds, blocks and deflections in the tough inside battle against Bristol’s big guys Daniel Edozie and Marcus Delpeche.

“Its always fun to play against those guys especially with Vic. We play well together and it doesn’t matter who’s on the court as long as we can play together and get the W. For me personally t was a really good night’s work that I enjoyed.”

“The guys gave me the balls where I needed the balls and I was able to take advantage and score. As for the rebounding I know what the team needs for me and I just try to find the right positions to get the rebounds and help them out. I’ve been in the BBL a long time now and 3,000 rebounds that isn’t too bad and I’ll happily take it.”

So, with Friday night out of the way it’s a quick turnaround for Defoe and his team-mates as the recover, rest and prepare for this afternoon’s game against the Phoenix.

“Going to Cheshire is always a tough game and there’s no time off in this league. We face this game today and we’ll have practiced on Saturday and looked at them on film to prepare. We’re confident we can get the win. You always have to be confident no matter where you play that you can get that win.”

Tip-off for this evening’s game is 5:30pm and it will be shown live on The BBL’s YouTube Channel for any Eagles fans unable to get to the match-up.