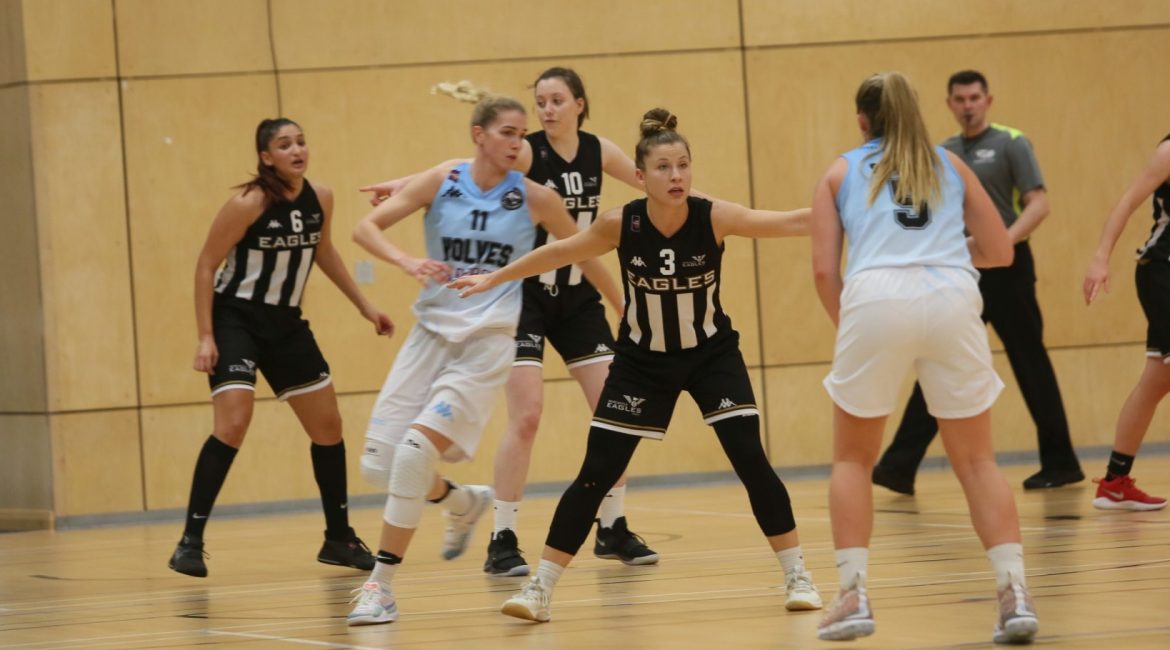 Nothing less than victory in Cardiff this afternoon will satisfy Chris Bunten as Newcastle Eagles seek to arrest an alarming four-game losing streak.

The upbeat playcaller is confident his players can target the homecourt Archers and pinch a much-needed win before Christmas.

But Bunten admitted a mounting injury list means sensible game management is a must ahead of tomorrow’s trip to Leicester.

“I think we’re good enough to beat Cardiff and the minimum I want from this weekend is one win heading into the festive break,” he said.

“Right now I’m looking at negotiating the last of three double header weekends without picking up any more injuries and, at the same time, picking up some points.

“It’s going to be a difficult balancing act given the extent of our injury list and I’m going to be asking a lot of the players who are available.

“But if we can go into Christmas with another win under our belts then we can approach the New Year with optimism.”

Bunten will be without influential rookie Georgia Ohrdorf for both the clash against Cardiff and tomorrow’s trip to East Midlands.

The Aussie has been forced to rest after suffering a concussion and will return to action in 2019.

And the same injury could rule out both skipper Giulia Simioni and GB veteran Steph Gandy with both players facing late fitness tests.

“It’s disappointing that so many players are carrying knocks at this stage of the season but at least we have a 20-day break from action after the Leicester game,” added Bunten.

“Given the nature of the injuries I’d like to think everyone will be fit and firing on all cylinders by the time we welcome Manchester Mystics to Newcastle next month.

“We still have enough talent and firepower to cause Cardiff problems but of course I’m conscious of the fact that we can’t afford any more players to go down.

“I’m not even looking ahead to Leicester on Sunday. We’ll see what shape we’re in after the Archers match and take it from there.”

Newcastle face Cardiff from 2pm today and tip off at the same time against the Leicester Riders tomorrow.