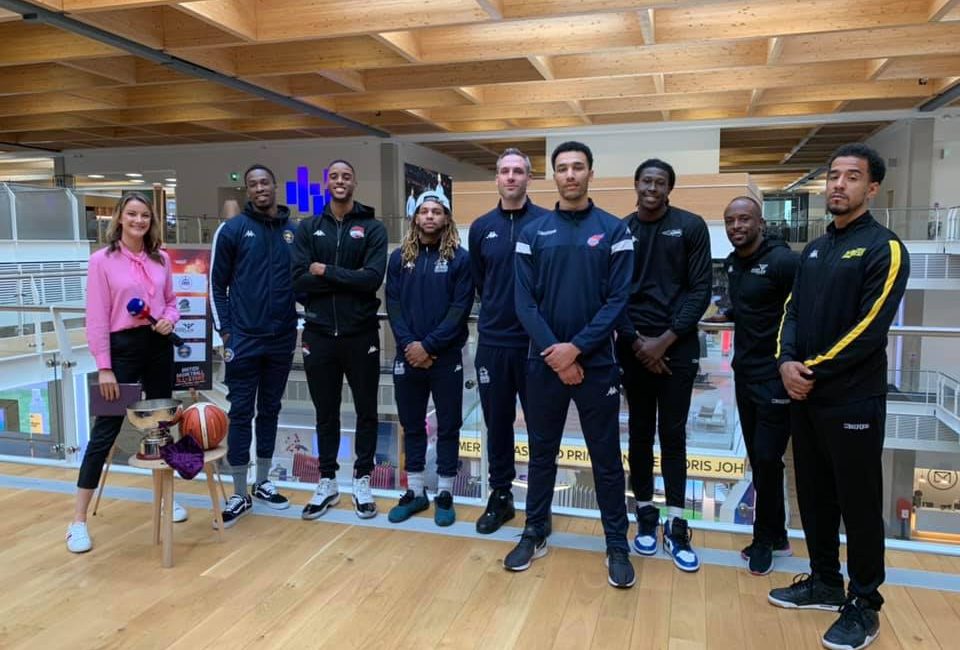 Rodney Glasgow is relishing this weekend’s trip into the unknown as the BBL breaks for its annual All Stars jamboree in London.

And Glasgow celebrated his long-awaited full debut with a brace of wins in the BBL Cup.

Tomorrow he faces his namesakes the Rocks in the first round of the All Stars event with the UK’s top eight teams chasing a £25,000 winner’s cheque.

“It’s the first time in my career that I’ve played this format or anything like it,” admitted Glasgow.

“I only know a little bit about the tournament but we’ve been working on specifics in practice this week.

“I heard we’re up against Glasgow first and I’m also involved in a shooting competition. But that’s about all I know!

“It’s not like anything I’ve come across before but it’s good to put the BBL centre stage and bring about more awareness of British basketball.

If Newcastle win two games on the trot then Ian MacLeod’s men will automatically qualify for the All Stars final four. Two successive defeats and it’s a long trip back up the M1.

Those teams that win one and lose one of their opening two fixtures are given a final chance to play off for a semi-final berth.

“Any time that you enter a competition you have one eye on winning it,” added Glasgow. “But we’re also going down to London to enjoy ourselves. That’s why we play this game!”

Glasgow has struck up an instant understanding with fellow left-hander and two-time BBL MVP Rahmon Fletcher in the two months he’s been based on Tyneside.

And the All Stars format – with pace and precision long-range shooting two of the most coveted skills – should suit the all-action backcourt duo.

“I love playing with Fletch,” added Glasgow. “I think it’s already plain to see that we have a very good chemistry on the court.

“I see Rahmon as like a big brother to me. Off the court we’re always talking about basketball and what can make us better.

“We’re two left handers who work well together and we’ll continue to do so.”

Glasgow has endured a frustrating start to his Eagles career with his future as a non-permit player in the hands of the US officials charged with issuing a new passport.

Morsell’s hamstring problem has opened up an overseas spot in the meantime and Newcastle officials will continue to juggle their resources to reflect injuries and ongoing paperwork.

“I know my value to this team and of course it’s difficult watching from the bench when you’re fit and ready,” added Glasgow.

“I know how to help the guys win and I know we can keep getting better.”

One position MacLeod must resolve before this weekend’s action is the role of Golden Buzzer Power Play master.

Normally the preserve the of the head coach, the task entails hitting a giant courtside buzzer to usher in a period of double points scoring.

Few Newcastle fans will forget assistant coach Dave Forrester testing the system during the inaugural All Stars event with then player-coach Fabulous Flournoy out on court.

Images of the Eagles’ number two went viral after he hugged the buzzer in the full glare of the Sky Sports cameras following a series of near misses.

But MacLeod joked: “We’re moving forward and looking to the future. It’s a key role but it could be time for a change.”

The BBL All Stars event runs from 1pm-6pm tomorrow and is live on Sky Sports.