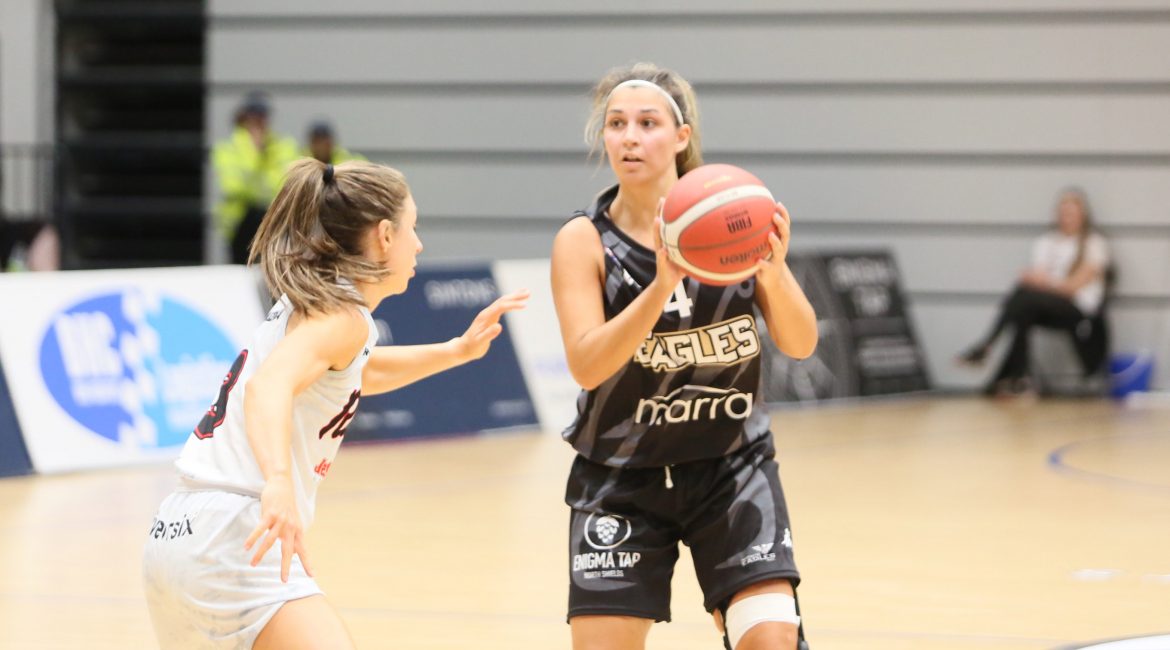 Noelia Cacheiro heads into next weekend’s league opener confident that a team growing on and off the court can make some serious noise in the WBBL this season.

And the club is working around the clock to add depth and quality to a team in transition ahead of a testing trip north of the border.

But Cacheiro saw plenty of plusses in a battling defeat to big guns Leicester Riders and said: “There were lots and lots of positives out there.

“We played four 10-minute games and competed with a talented Riders team for three quarters.

“Sure, we faded in the final quarter but match fitness will come.

“We delivered on the things that we’ve been working on all week and executed those things better than at any point in the last fortnight.

“Rachael [Bland] is really stepping up as a leader and Marina [Fernandez] was very vocal and aggressive throughout.

“Zoe [Willis] is finding her feet and Katie [Nolan] is an exciting work in progress. I’m happy with a lot of what we did against a genuine top four team.”

Neither Gaynor nor Clasen suited up with both players facing fitness tests next week.

And Newcastle’s Spanish coach was forced to draft in a number of guests ahead of her team’s first serious run out since April.

The Riders arrived on Tyneside fresh from a pre-season trip to Sweden and, unsurprisingly, Krumesh Patel’s side looked the livelier of the two teams early on.

There was no place in the Leicester line-up for ex-Eagle Jessica Eadsforth-Yates after the shooting guard sealed a move to the East Midlanders last week.

But Scottish playmaker Hannah Robb and close-season signing McKenzie Johnston both started for the visitors and the backcourt duo seized control of a fast-paced opening period.

Riders closed the first quarter with a 6-0 burst to lead 20-9 but an 11-5 start to the second brought the hosts back into contention — a Fernandez triple trimming the deficit to five.

Nolan showed flashes of her powerful post play during the opening 20 minutes but it was fluid guard Willis who emerged as Newcastle’s most potent threat.

And Cerie Musgrove made the most of her first appearance in an Eagles vest as the student star came off the bench to mix things up in the paint.

But the relentless Riders opened up a 13-point lead heading into the final quarter and although Fernandez, Nolan and Mosgrove all hit double figures there was no way back for the battling hosts.