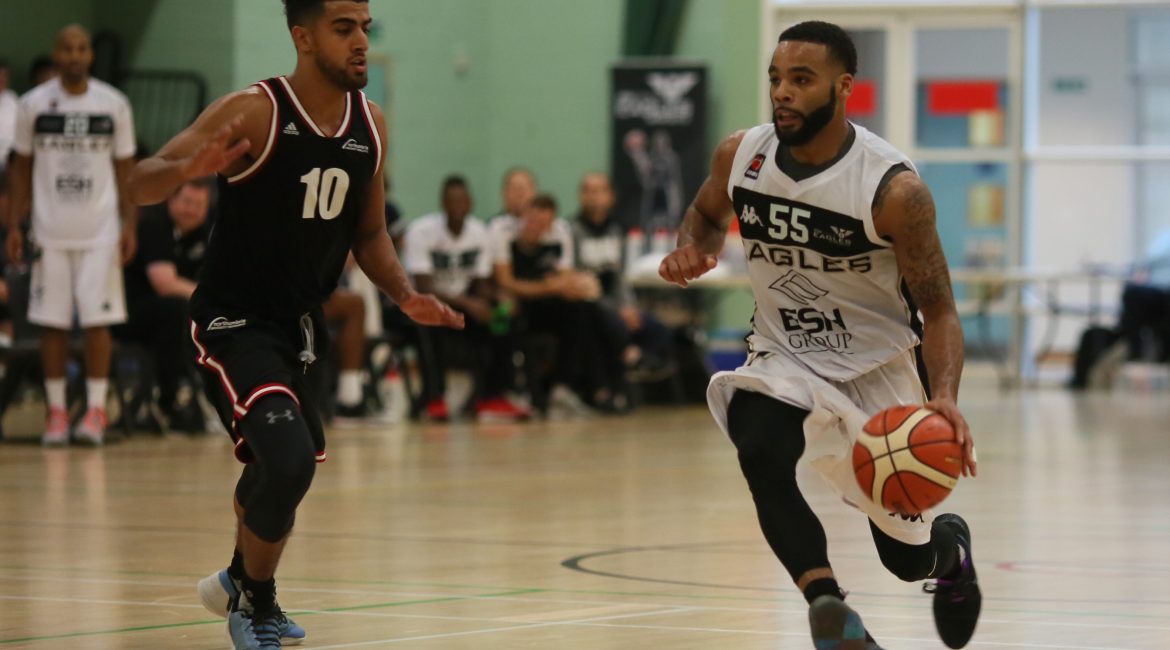 As pre-season programmes go things could hardly have gone better for the Newcastle Eagles – three games, three wins and nothing more than the odd niggle mean the men in black head into next weekend’s Betway All-Stars Basketball tournament in confident mood.

By keeping it in the family the most decorated franchise in the history of the British game ensured their weekend double header ended on a suitably competitive note. Team Northumbria pushed their parent club all the way before falling away in the final period in the face of a Jaysean Paige offensive masterclass.

The Newcastle rookie’s game high 36 points underpinned a 117-67 victory and the former West Virginia Mountaineer already looks capable of scaling new heights in his second season as a professional baller. 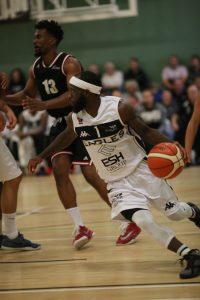 Partnering the nimble-footed Saah Nimley in the new-look Eagles’ backcourt, Paige is blessed with the natural talent and crowd-pleasing skills necessary to become an instant hit in the BBL. Two showy dunks – the second of which was converted off the glass courtesy of a deft AJ Basi assist – might have rubbed salt into the wounds of a tiring TN but both baskets drew excitable applause from the Newcastle faithful.

Paige, Nimley and Basi look like the real deal but a rough and tumble affair against their noisy neighbours wasn’t all plain sailing for the Eagles. Player-coach Fab Flournoy ripped into players and officials alike as TN forced last season’s Cup winners and playoff finalists into a series of basic mistakes before the break.

Conceding too many points in the paint must have been a serious concern for the veteran New Yorker and the problem persisted deep into the game – forward Terry Martin bearing the brunt of one Flournoy blast during a particularly tetchy fourth quarter time-out. 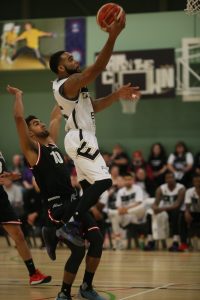 Credit must go to TN: the reigning Division One Champions raced out of the blocks with former Newcastle guard Danny Horta clearly out to prove a point. Experienced GB junior Lewis Champion and ex-Leeds Force guard James Banton both impressed while US forward Malcolm Smith proved himself more than a match for Martin and Darius Defoe.

Both sides are built on winning mentalities but the gulf in class told after the break as Eagles doubled their half-time advantage to lead 79-59 after the third quarter and restrict TN to just eight fourth period points.

Newcastle are one of eight teams signed up to take part in the inaugural Betway All-Stars Basketball tournament at London’s O2 Arena next Sunday with a £25,000 winner’s cheque up for grabs. TN, by contrast, will be playing for nothing more than local bragging rights as they face Team Newcastle in their first Trophy pool match at Sport Central on Saturday (6pm tip-off).