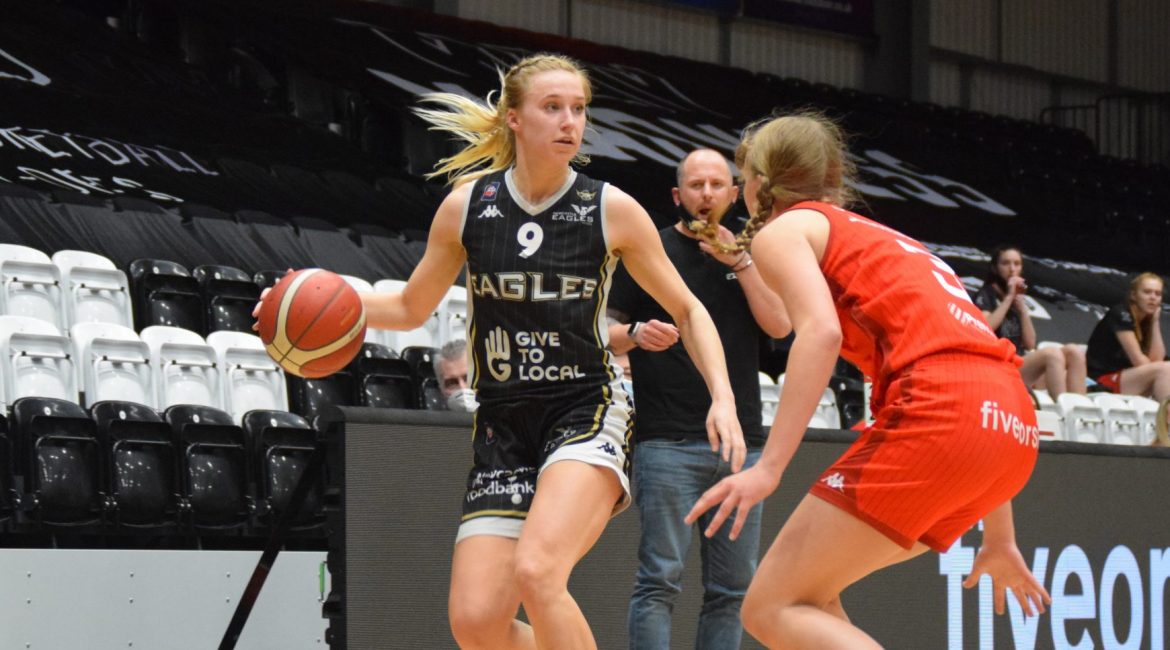 Chris Bunten insists his new-look WBBL roster is progressing at a rapid pace as Newcastle Eagles step up their pre-season preparations.

With next weekend’s WBBL Cup double header looming large, the Tynesiders travel to the East Midlands this afternoon [Sunday].

And Newcastle will take on a combined Loughborough University/Leicester Riders team across six ‘quarters’ in a bid to hit the ground running.

“It’s another opportunity to work on some rotations, improve our game management and build that match fitness,” said Bunten.

“I’m taking 12 players and everyone will see plenty of minutes.

“I was a little disappointed at some of the things I saw in our scrimmage against Sheffield last weekend.

“I didn’t expect us to look so tired towards the end of the fourth quarter and some of the rotations didn’t work out as well we wanted.

“But the players shared my frustration and we’ve had a fantastic week of practice. We’re making some serious progress and I’m excited with what I’m seeing.”

Skipper Marina Fernandez will stay in the North East after turning her ankle in practice.

But Anna Popovic will make her Newcastle debut and Abby Lowe returns following her stint with the GB 3×3 senior squad last week.

“Marina will be fine and leaving her out is just a precaution,” confirmed Bunten.

“Anna’s looked good all week and of course it’s great to have Abby back in the fold.

“She gained some invaluable experience in France as reserve for the GB squad and I’m sure we’ll be seeing more of her in a senior vest in the future.”

Bunten has assembled one of the deepest rosters in the WBBL as he bids to build on last season’s thrilling run to the playoff final.

And what Newcastle might lack in experience they more than make up for in ambition and raw talent.

“Everyone’s keen to get started and we’ve got a big week coming up,” added Newcastle’s playcaller.

“After this weekend we’re doing fitness testing at Northumbria University before another scrimmage against Newcastle University on Tuesday.

“Then the focus turns towards the step up to competitive basketball and our cup games against Caledonia and Durham next weekend.”

The Eagles WBBL pre-season trip to Leicester will be available to watch live on YouTube from 2pm.

Next weekend the WBBL Cup Group Stages begin with an action-packed weekend of games all hosted at Durham University, which will also be available to watch live on the Palatinates’ YouTube channel.

Our Eagles WBBL team’s first home tip-off of the new season is on Saturday 2 October at 7pm against Oaklands Wolves and tickets to there for the action at the Vertu Motors Arena are available on the box office.