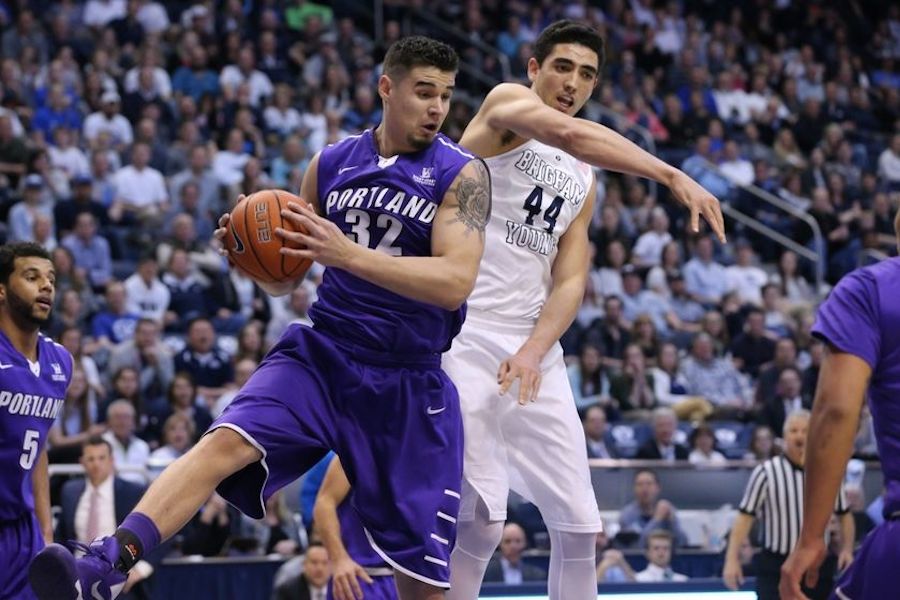 Next week we have an exciting addition to the summer training schedule with an opportunity for players in the Eagles family and some invited guests to band together and take on a visiting American college team.

Before our BBL team start their pre-season schedule in September, the newest edition to the Newcastle Eagles academy level programme, our School of Excellence Under 23 men’s squad, along with members of our BUCS and NBL Team Northumbria side and some specially invited young British team guests will join forces to take on the NCAA men’s basketball team the University of Portland Pilots at the Leicester Arena on Tuesday 15th August as part of their 2017 European Tour, which also sees the American college side face the Riders on their home court.

This Newcastle Eagles Invitation Team coming together will show how our newly created Under 23 men’s team extends our elite player pathway to further the development of players into the men’s senior leagues of the BBL and NBL, and through to the national senior teams.

Talking about his new U23 team the Head of our School of Excellence Graham Heath said: “It’s going to be an exciting season with new coaches coming on-board, moving the programmes forward once again.”

Familiar to many within the North East and British basketball community himself, Coach Heath will be joined on the bench by a new face this season in Assistant Coach Jose Antonio ‘Lucas’ Cereto, who brings a wealth of the experience from being a part of Spain’s ACB with Unicaja Malaga.

Portland’s head coach Terry Porter said: “This is a great opportunity for our team and the next step in developing our program.” He added: “A chance to play some quality competition will be worthwhile. It is going to be a great team-bonding experience as well and we will learn a lot.”

Tickets for this game at the Leicester Arena game which tips-off at 7:30pm on Tuesday 15th August are on sale now via the Leicester Riders.

Our Esh Group Eagles Newcastle BBL team will have three North East pre-season match-ups in September which will be announced next week as tickets go on sale for both those events and the first of our BBL season home games.