Picking Back Up and Bringing The Plan To Life 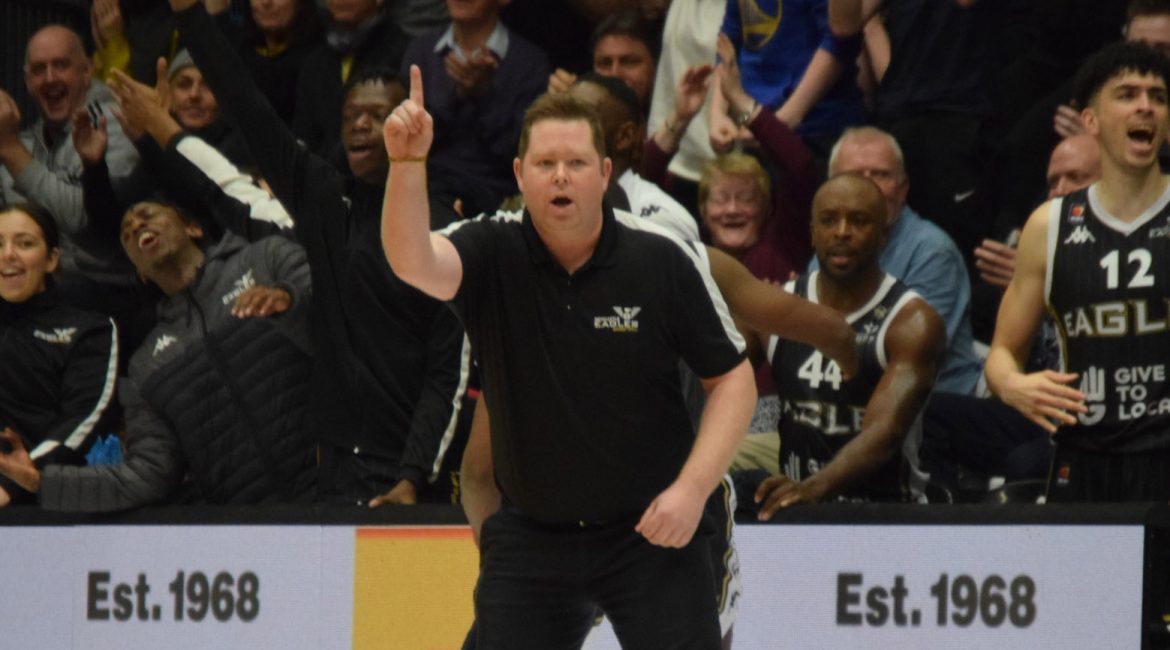 After a nineteen day break the Newcastle Eagles returned to the court on Friday night at the Vertu Motors Arena.

Their opponents were Sheffield Sharks in a BBL Championship clash in front of the Sky Sports cameras.

The Eagles had won their previous two championship games and were looking to make it three-in-a-row.

The Sharks were also looking for a three-peat having beaten Newcastle twice already earlier in the BBL Cup North Group.

In the end it was the Sharks that took the honours 86 – 77 after leading from the tip-off to the final buzzer. After the first period Sheffield led 29 – 15 and despite coming within four points, Newcastle couldn’t turn the game around.

It was a frustrated but philosophical Head Coach Ian MacLeod who gave his reflections on his team’s performance after the game.

“If it was our intention to execute the game plan we talked about then we didn’t. We came up short and we need to get better at some things. I think we really didn’t show enough intent and we didn’t bring the game plan to life and that’s not just offensively. Defensively especially early on we weren’t good enough.”

“So, yes, we’re a little bit deflated but we’ll pick ourselves up. We have two games next weekend so we’ll not dwell on this one too long. It didn’t help though being down fourteen in the first quarter.”

“They only missed three shots in that first quarter and they did what they were supposed to do but they didn’t surprise us with what they did. That was one of the biggest disappointments as they didn’t do anything we didn’t expect them to do.”

“I felt after that first quarter we did some good things to claw our way back in but then we’d have a big breakdown that would hurt us again. Whether it be an and-1 or a blown assignment. So, we yo-yoed a little bit.”

“We don’t need to operate at 100% and then suddenly drop to zero. We need to stick at 60, 70, 80% and limit the severity of the breakdowns. That’s key. It has to be all about us. They really didn’t do anything we hadn’t prepared for. We just failed to execute in various parts of the game.”

“Yet within all that we did get it to a four-point game and in the end it was only a nine-point game. But we just didn’t pay attention to detail and bring the game plan to life on enough occasions and it cost us in the end.”

In the cold light of day, MacLeod and his coaching staff were probably happy to take only a six-point deficit into the half-time locker rooms after a lacklustre first half and with a chance to put things right.

“We came out well in the second went into Brandon Peel and he made a couple of plays and I thought we were looking okay and then came more breakdowns and suddenly we’re twelve down again.”

“So, in some respects I was reasonably happy at half-time. Not because of where we were but from where we’d come back from and was hoping to carry that on. But unfortunately, the consistency level on defence wasn’t there.”

“It’s hard to build a comeback when you haven’t got that foundation at the defensive end. There were a lot of times we were fast-breaking off their scores but we have to do that off defensive stops and not just swap baskets.”

It would be easy for people to call out individuals who perhaps didn’t bring their A-game to the court on the night but MacLeod saw that slightly differently.

“I don’t necessarily blame individual players. Darius (Defoe) was big for us tonight but we needed to exploit that and get the ball to him more often and didn’t do enough of that. But it’s on us. It’s not this person or that person or this player or that player. If we win as a team then we lose as a team.”

I asked MacLeod if he felt that the break had been too long.

“We didn’t want the break at the time but it gave us time to look at things and one or two who were carrying injuries, like Kyle (Williams) a chance to get fit although Wes (Person) is still carrying an injury which restricts him.”