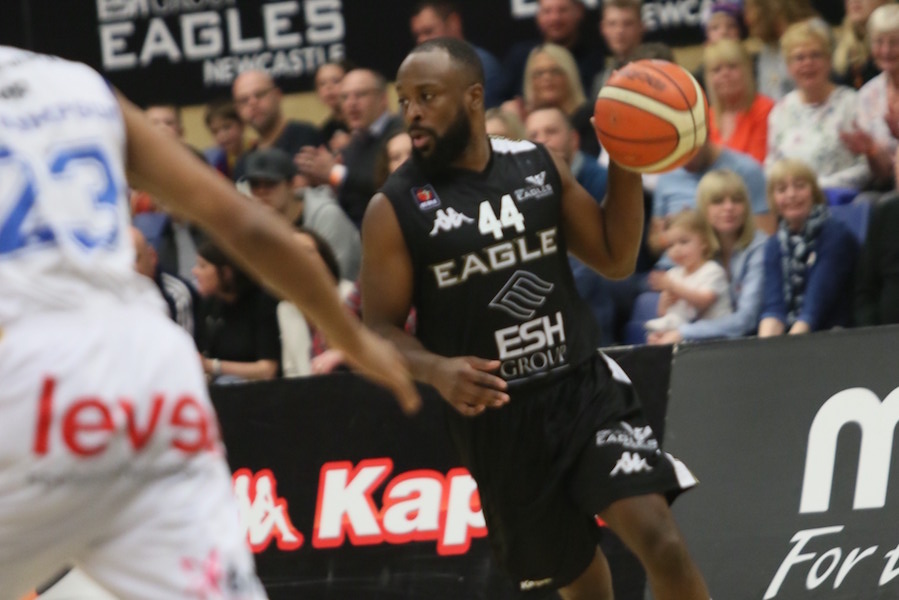 Cheshire Phoenix produced a stunning result as they defeated Esh Group Eagles Newcastle 89-103 in an overtime thriller at Sport Central.

The visitors led by as many as eight late in the fourth only to see the Eagles force an extra period, but would dominate to take an important victory.

Earl Brown went 13-of-15 from inside the arc in a 28-point haul and also added 14 rebounds with all five starters in double figures for the Nix as they dug out the result.

Cheshire used an 8-0 run in the first to edge ahead, but the home side restored control to go into half-time with a six-point cushion with Rahmon Fletcher up to 13 points.

A topsy-turvy third saw Phoenix end in control and they looked set for the win with a 71-81 advantage with two minutes to go.

However, an 11-1 response capped by a clutch three from Orlan Jackman saw Newcastle level and they needed a pair of free throws from Fletcher to force overtime.

Cheshire responded to the disappointment by scoring the first 11 points of the extra period as they took it 5-19 to complete a much-needed triumph.

Fletcher finished with 27 points for the Eagles with Jackman adding 20 points on his return as the Eagles drop to 19-5.