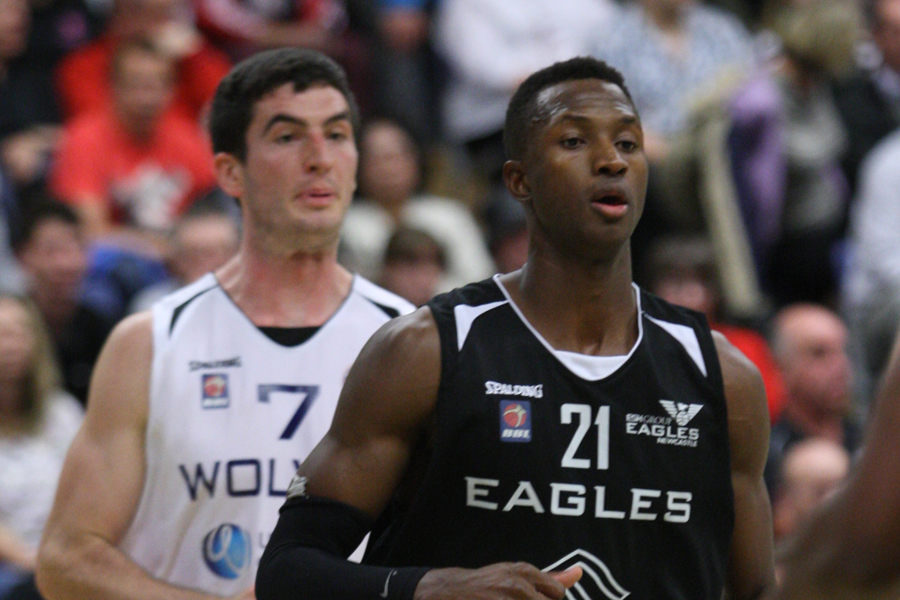 The 2014/15 BBL season started as the previous season finished: with Worcester Wolves defeating Esh Group Eagles Newcastle, this time 81-86 in the North East in this early clash between two of the title favourites in front of a 2,500 partisan home support.

Wolves beat Eagles in last season’s Playoff final, but it was a new face who did the damage tonight as big man Robert Thurman stormed onto the BBL stage with a double-double of 27 points and 13 rebounds, including 9/10 free-throws. The Wolves shot 42% from three-point range, led by another debutant Remi Dibo with 4/7 triples for 12 points.

As would be expected in a game between last season’s league winners (Eagles) and playoff winners (Wolves), this game was tight throughout and the teams were rarely split by more than a single shot – with the exception of a 13-5 burst from the hosts early in the second – as they entered the fourth quarter tied at 62.

Once in the fourth, the hosts still led by one point entering the last two minutes. But it was Dibo’s final and decisive triple that proved crucial, giving the Wolves a 78-80 edge, before Thurman scored the last six points for his team to keep the Eagles at arm’s length thereafter.