OOTA MOVE IN TO AWARD THEIR HEROES AND SAY GOODBYES 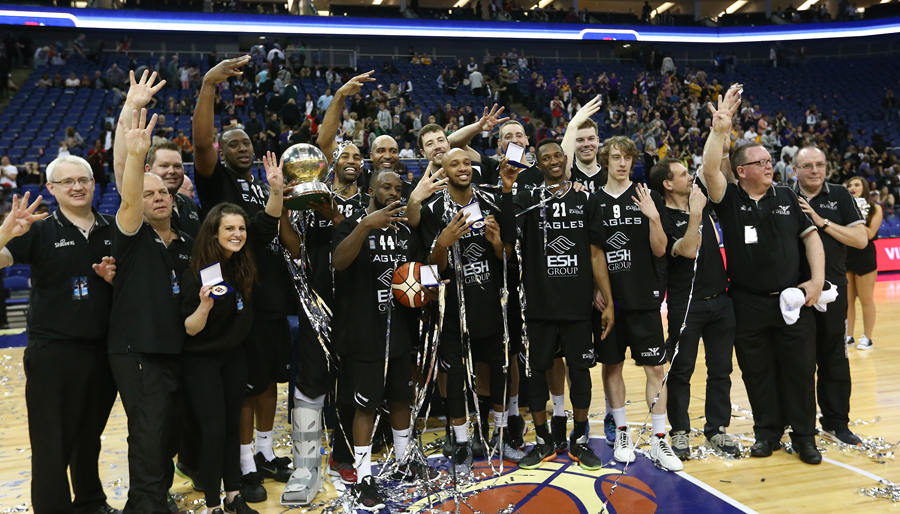 After a sensational and Fabulous history making season cumulating in Sunday’s memorable win in The BBL Play-Off Final at the superb O2 Arena London it was back home and The Supporters End of Season Party.

The traditional curtain-closer to any Eagles season The Express By Holiday Inn in the City Centre say The OOTA and Eagles faithful welcome their conquering heroes to a night of celebrations, speeches, photographs and sadly farewells to the season that no-one wanted to attend.

Sam Blake in her inimitable style led the thank yous to the vast army of Eagles volunteers who give up their time for free to be part of the wonderful Eagles organisation and family. True heroes all!!!

The players stood up and gave out the bounty in their own way paying their tribute to the people that make their job all the more easier and enable them to do on court what they do without equal.

There were plenty of fun moments too as Mrs B encouraged and cajoled most of the recipients from the backroom and coaching staff to perform their own unique version of “The Broom Dance” to acknowledge the third Clean Sweep in ten years.

All was going swimmingly until Eric decided to introduce Broom Break dancing to the mix to huge applause and laugher!!!

On to the main business of the night, The Annual Awards. As usual presided over by Howard “EaglesVoice” Leighton the man that makes us all ‘LoudNProud’. As ever Howard injected his usual unique take on proceedings with a walkabout through The Eagles Team who were all lined-up in front of their adoring public.

And so to the awards.

SUPPORTERS MOST IMPROVED PLAYER OF THE YEAR – STU THOMSON

Probably no real surprises in the awards although rumour has it Fletch ran Scotty extremely close for the Team Player of the Year and it is a measure of this team that in that particular category every single one of the players received a nomination.

Mind you there could be a new award coming soon……. MOST NICKNAMES – ‘Prince’ Charles ‘Charlie Buckets’ ‘Mr 40 Minutes’ Smith!

And, sadly, that was it! Another season consigned to history as fittingly Fab made the last speech and ensuring that no-one was left out with a nod to practice player Brian McCotter and young guns Danny Horta and Gregor Gray who stepped in for the final two games of the season.

With a final thank you and tribute to ‘The Man That Makes It All Possible’ PAUL BLAKE and an invitation for the Managing Director to complete The Sweep Tribute with a broom dance around the room it was left for the only thing left to be the good-nights and good-byes and a look FOURward to season 2015/16.