Oh What A Night

Newcastle Eagles/News/Oh What A Night 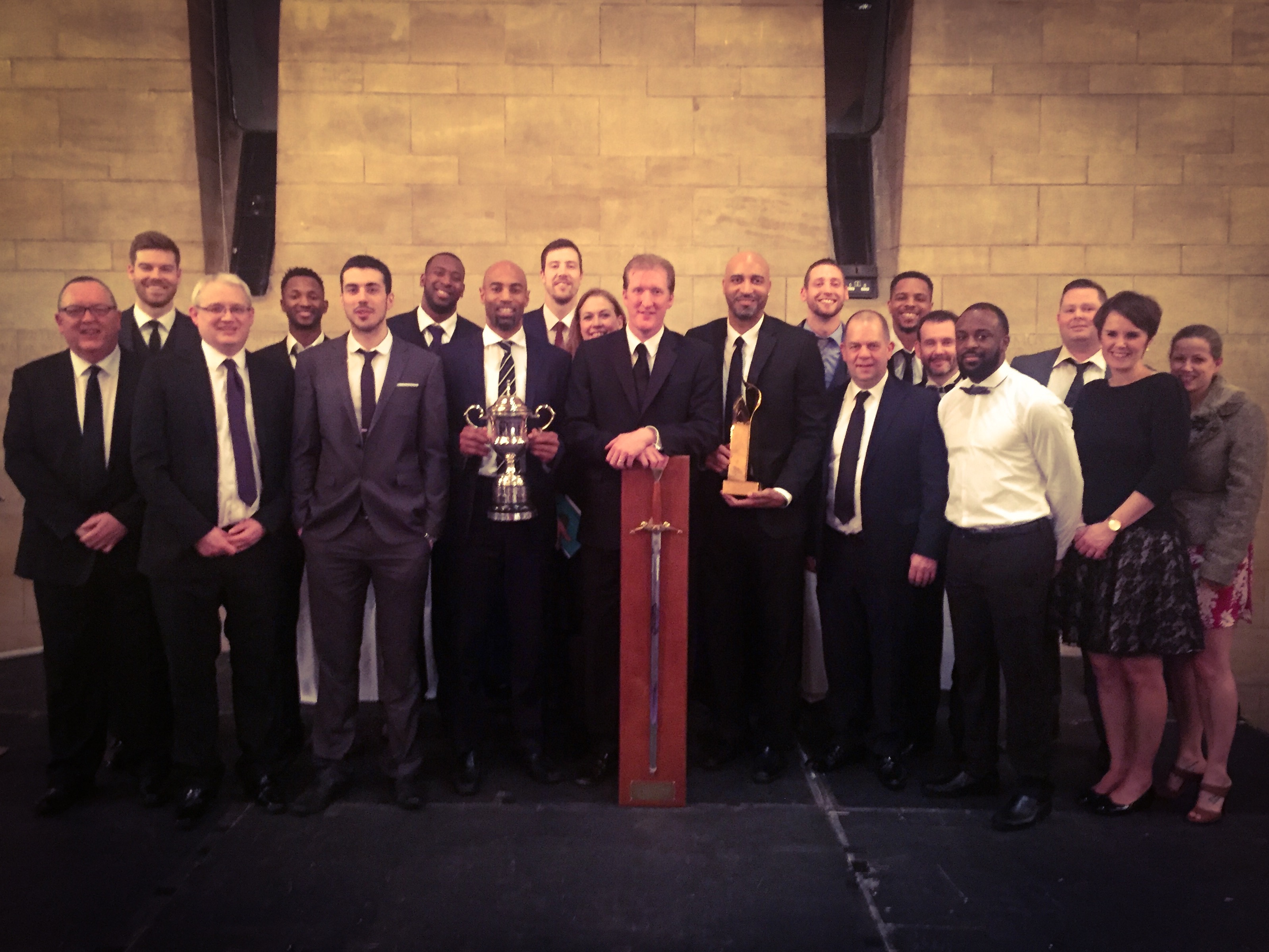 The Fabulous Esh Group Eagles Newcastle just keep on delivering the silverware as their incredible run of success and acknowledgement of their achievements keeps soaring to new heights.

Last night’s Sport Newcastle Awards Dinner gave the esteemed sporting hierarchy of Newcastle honoured the great sport of Basketball and the most successful Club in the history of British Basketball with an array of glittering awards.

First up to take away silverware was School of Excellence Under 18’s and Team Northumbria WBBL player Beth Wilson who was honoured amongst the young talent of Newcastle with a Rising Star award.

The Frank Brennan Trophy for Outstanding Team of the Year seemed a shoe-in but you can never be sure. But as the award was introduced by host Steve Walls it quickly became apparent that The Eagles had blown away the opposition.

An award that honours the best team effort from across all sports. amateur and professional was only ever going to have one winner as “they were the best by far”. Esh Group Eagles Newcastle was received by Head Coach Fab Flournoy.

The Wilkinson Sword Award for Outstanding Contribution to Newcastle Sport went to “The Man With A Plan”, Managing Director Paul Blake. Great to see the boss-man and driving inspiration of this great franchise so richly and well rewarded.

And after all that it was Newcastle Sports Personality of the Year time and with the other trophies already in the bag surely this had to come the way of one man and one man only? Yes, you’ve guessed it, The Prince aka Charlie Buckets, our captain Mr Charles Smith.

So, what a great night and in the 39-year history of this great Newcastle sporting tradition it’s doubtful that any one club or sport has dominated proceedings quite like Esh Group Eagles Newcastle did last night.