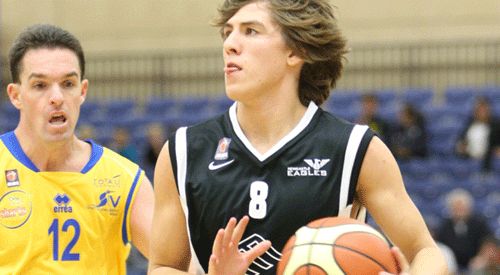 Newcastle Eagles continued to get their BBL Championship campaign back on track as they enjoyed an extremely comfortable 112-43 victory over the Essex Pirates at Sport Central on Friday night.

After both sides traded baskets in the early exchanges with the scores at 8-8, the Eagles broke the game open with an impressive 30-2 run across the first quarter break to take the score out to 40-10.

The Eagles remained in front as the sides headed into the locker rooms at the half with the home side leading 54-17.

The second half saw the home side continue to extend their lead throughout the third quarter with an 11-2 burst to take the score out to 73-22 and they maintained their lead as the teams headed into the final stanza at 76-29.

In the final quarter the Pirates tried valiantly to get themselves back into the game, but it was too little too late as the Eagles ran out comfortable winners enjoying their biggest lead of the game at 71 points when the score was at 112-41.

Trey Moore led all scorers in the game with 19 points, while Andrew Bridge and Charles Smith chipped in with 17 points a-piece for the home side. Zach Gachette led the scoring for the Pirates with 14 points.

At the end of the game, Eagles’ head coach Fab Flournoy was pleased with the result and performance.
“I’m delighted with the team’s performance tonight, and it was great to get back to winning ways once again.”