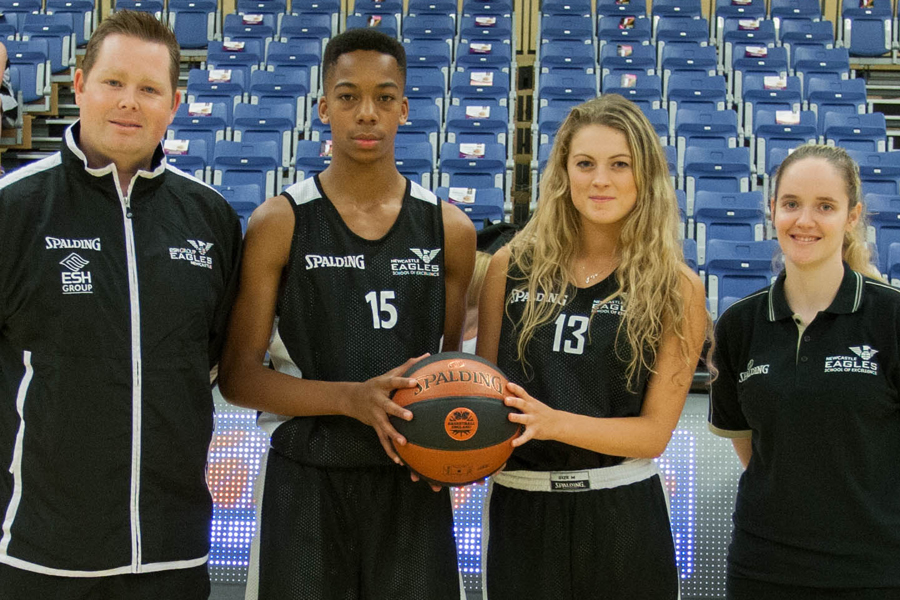 The Eagles Community Foundation and Esh Group Eagles Newcastle would like to send congratulations to two of this season’s School of Excellence players who have recently been called up to their respective England squads.

Beth Wilson is one of the mainstays of The Ladies under 18’s team despite being a year young and is the current Eagles School of Excellence Player of the Year.

A tough, determined player with no little ability she just seems to improve week on week and last season even made it in to Chris Bunten’s WBBL squad for Team Northumbria and fully justifies her call-up to the England Under-17 squad.

Tosan Evbuomwan is a young man just starting out on his basketball journey but his quick uptake on the game and understanding it’s principles has seen the under-15 starlet called up to the England Boy’s squad at the same age.

Speaking on behalf of both The Eagles Community Foundation and Esh Group Eagles Newcastle, Managing Director Paul Blake was delighted to see the recognition for two of The club’s younger stars.

“It’s great to see Beth and Tosan called-up and they deserve it for the hard work and effort they’ve put in. All at Newcastle Eagles wish them well for the future and hope to see them progress.

When we set the Community Foundation and School of Excellence programme up it was exactly for moments like this which reflect not only well on the two individuals but also on the hard work their coaches and everyone else puts in.

It’s a great boost for all involved and gives everyone that lift and ambition to take the next step and as a Club that encourages development it’s great news all-round.”

Beth and Tosan can be seen at Esh Group Eagles Newcastle’s first home BBL game this coming Sunday, 27th September when all the School of Excellence teams will be in attendance for the game against Leeds Force which tips off at 5:00pm.