MKM EURO INVITATIONAL IS A TOUGH TEST FOR FAB’S GUYS 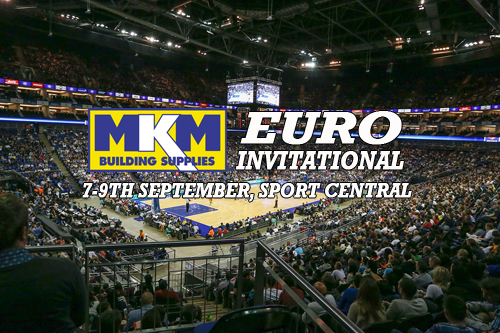 ‘We have plans to make this event a permanent fixture in our calendar in future years and its great news to have a company like MKM Building Supplies support us. We would like to thank them and look forward to working together’.

MKM Building Supplies Branch Director Paul Brooks is pleased to be associated with this new venture for the club;

‘The North East is very aware of the Eagles success over a long period of time and it’s great to see the club taking another step towards new competition, looking into Europe. We are very proud to be able to support the team in its drive to grow and take on new challenges’.

If there was any doubting, and there wasn’t, the quality of the two European teams that visit Newcastle next month in the MKM Euro Invitational or just how tough a test this will be for Fab and the 2015/16 Esh Group Eagles Newcastle, just take a look at what lies ahead for both teams in European competition next season.

Both Port of Antwerp Giants and Sodertalje Kings have been drawn in Conference 1 of the FIBA Europe Cup which is FIBA’s second-tier European Mens Club Competition. In all 56 teams will compete in the new European FIBA club competition, of which 17 are current national champions and a further 13 were runners-up in their respective domestic championships last season.

The teams were geographically drawn into two conferences which also take into account the number of participating teams from each nation. Each conference consists of seven groups of four clubs each.

Each club will play the remaining three in their group in a home-and-away format with the top two teams from each group, along with the four best-placed third place teams advancing to the Round of 32.

Antwerp will play in Group B against BC Cibona Zagreb of Croatia, Sport Lisboa Benfica of Portugal and Sopron KC of Hungary.

Sodertalje also take on Hungarian opposition in Falco KC Szombathely as well as Pallacanestro Varese Spa of Italy and intriguingly BC Telenet Oostende of Belgium who play in The Scooore League alongside Antwerp.

Both Antwerp and Sodertalje see The MKM Euro Invitational as an essential build-up to their 2015/16 seasons and a real indication of where they need to be and what they need to do for the forthcoming tough season to come.

Tickets for The Eagles prestigious event are available through the website or by phoning The Eagles Office on 0191 2453880.