Midgley Scores 26 in Win Over Capital 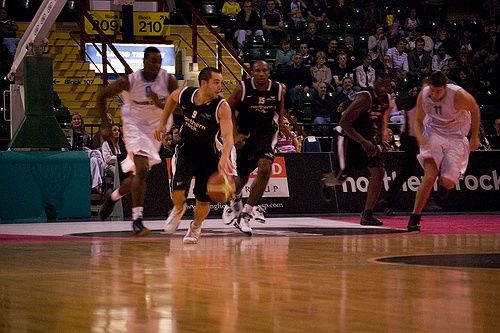 The Newcastle Eagles picked up their first win, whilst condemning the PAWS London Capital to their second consecutive defeat, with a 107-84 victory at the MetroRadio Arena on Friday night.

After a tight first quarter, the Eagles broke the game open late in the second as they closed it with a 14-2 surge. The run was inspired by Midgley who had 8 points including a three-pointer and 3/4 from the free-throw line, as the Eagles led 56-41 at the half.

Capital ate into the lead in the third stanza as they narrowed the gap to 75-64, but Midgley was the spark once more as the home side settled the game early in the fourth quarter. The point guard scored 5 of a 9-2 burst, including another triple, that took the score out to what proved to be an insurmountable 88-70 before the Eagles cruised home.